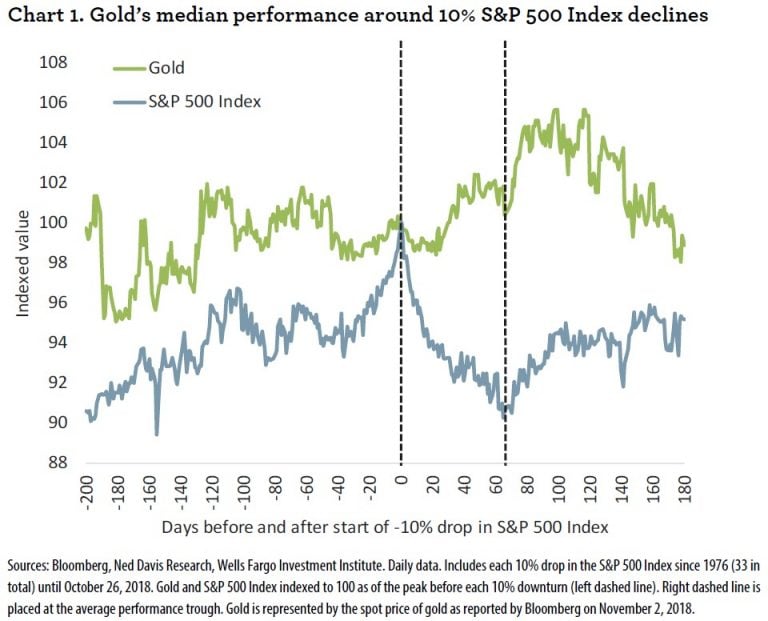 Gold prices pulled back on Tuesday after climbing early going into the midterm elections. The precious metal’s price action is drawing the attention of two investment banks which have totally opposite expectations. Wells Fargo predicts gold prices will rally in the next few quarters, while Macquarie is predicting a pullback. However, what’s interesting is that despite their opposite commentary, both firms seem to be expecting roughly the same price in the coming months—and it’s nowhere near the $10,000 per ounce another gold expert forecasted a couple months ago.

Seeking a safe haven in volatility

This week gold has been bouncing around, carried along by the midterm elections in the U.S. After hitting its lowest level in a week on Tuesday, gold bounced early on Wednesday. Investors sought refuge in so-called “safe haven” investments due to uncertainty stemming from the election results, which reversed control of the U.S. House of Representatives to the Democrats.

However, John LaForge of Wells Fargo expects gold prices to rise in the coming quarters — even if stocks rise too. We caught a brief glimpse of a stock rally paired with the gold rally early on Wednesday as the S&P 500 and NASDAQ 100 climbed in premarket trading.

October was a difficult month for stocks, but gold prices enjoyed a positive run, also bucking the many other assets which struggled. Last month gold climbed 2% while multiple stock market indices plunged into correction territory. The bond market also struggled in October on the back of higher interest rates.

LaForge noted that gold prices were driven mostly by investor fear in October. October was the most volatile month for stocks since February, although studies have shown it's not uncommon for October to be troublesome for equities. Nonetheless, many investors were spooked by the sudden lurch in volatility, so they fled to alleged "safe-haven assets," including gold.

One particularly interesting thing about October is the fact that the U.S. dollar climbed in step with gold prices as both assets climbed 2%. Usually the dollar and gold move in opposite directions, so October was unusual in this respect.

It looks like this latest stock market correction could be over for now, so what does that mean for gold? LaForge examined the data to see what happens to the precious metal after stock corrections end, and he describes its performance as "a mixed bag — but not necessarily horrible."

He explained that gold prices don't necessarily take a plunge after investors stop being afraid of stocks. He also said after stock market corrections of 10% or greater, gold and stock prices tend to both rally in the months immediately following. Typically, gold prices peak a few months after the end of the stock market correction and then roll over, and LaForge expects them to follow this same pattern through the end of this year and into 2019. 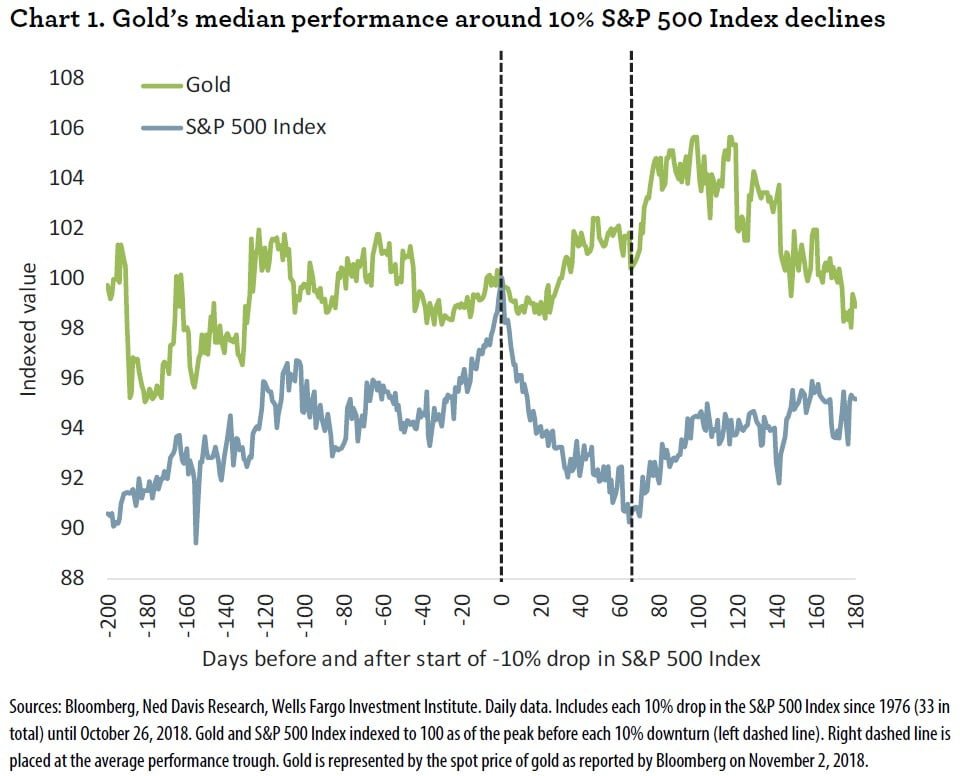 However, gold prices tend to behave differently after a stock market correction of 20% or greater, according to LaForge. He said that right after deep corrections end, gold prices tend to plunge when stocks start to rally again. A few months later though, gold usually reverses and moves higher alongside equities. 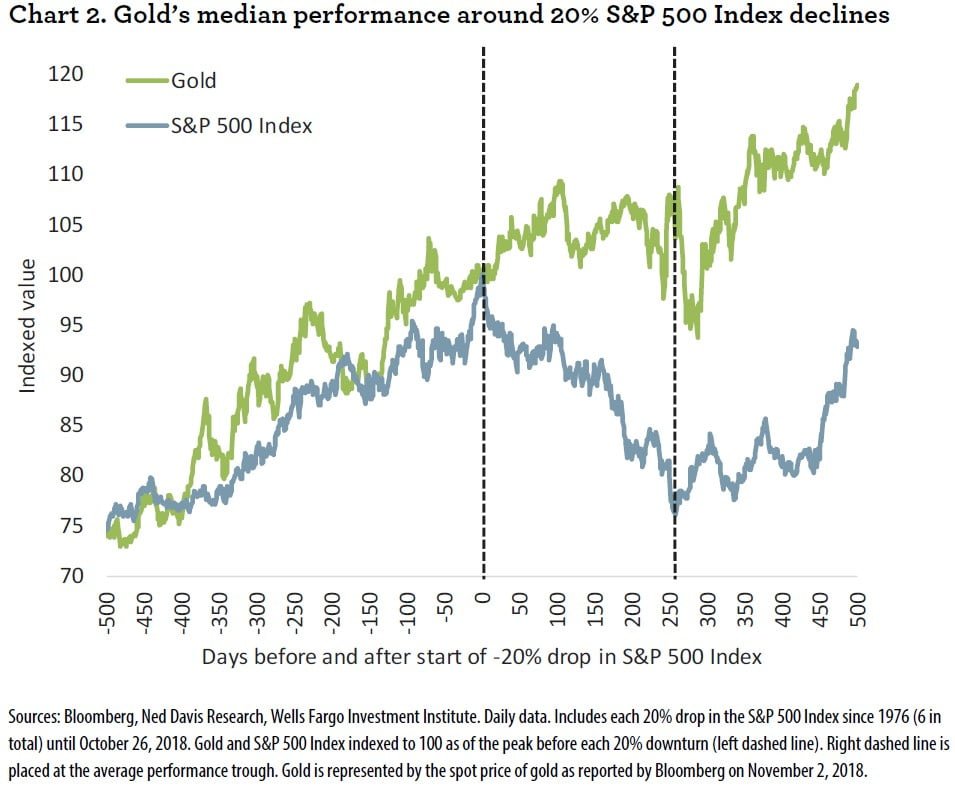 Based on all this data, LaForge pegs gold prices between $1,250 and $1,350 per ounce. If the precious metal does what he expects it to do, it could rise as much as 7% from this week's price or possibly even a bit more.

Macquarie analyst Matthew Turner predicts a different story for gold prices this year, however. He told Kitco News at the London Bullion Market Association's precious metals conference this week that a lack of upcoming catalysts should hold gold back. He pointed to the major gold rally in the early 2000s, which he said was driven by extreme demand shifts. Central banks shifted to buying gold while investors started buying in via new exchange-traded investment vehicles and China began building its gold exchange.

Interestingly, Turner also pegged gold prices at around $1,300 per ounce, but he feels a lack of momentum will serve as a lid on prices.