October has been a carnage specially for equity markets.

The starting point has been an acceleration in the ongoing process of higher government bond yields globally, affecting other assets through higher discount rates.

It seems this was initially the reason, but it is certain that we have witnessed bigger corrections to those assets which had more expensive valuations, as has been the case of Nasdaq 100 or the Russell 2000.

We concentrated our short exposure precisely in those two indices during most of the month, until we reached certain oversold levels when a rebound was very probable.

Last month we called this letter “The Top”, as we thought we were close to reaching a top in equity markets for this economic cycle (we prefer to call it “credit cycle”) which started around March 2009. 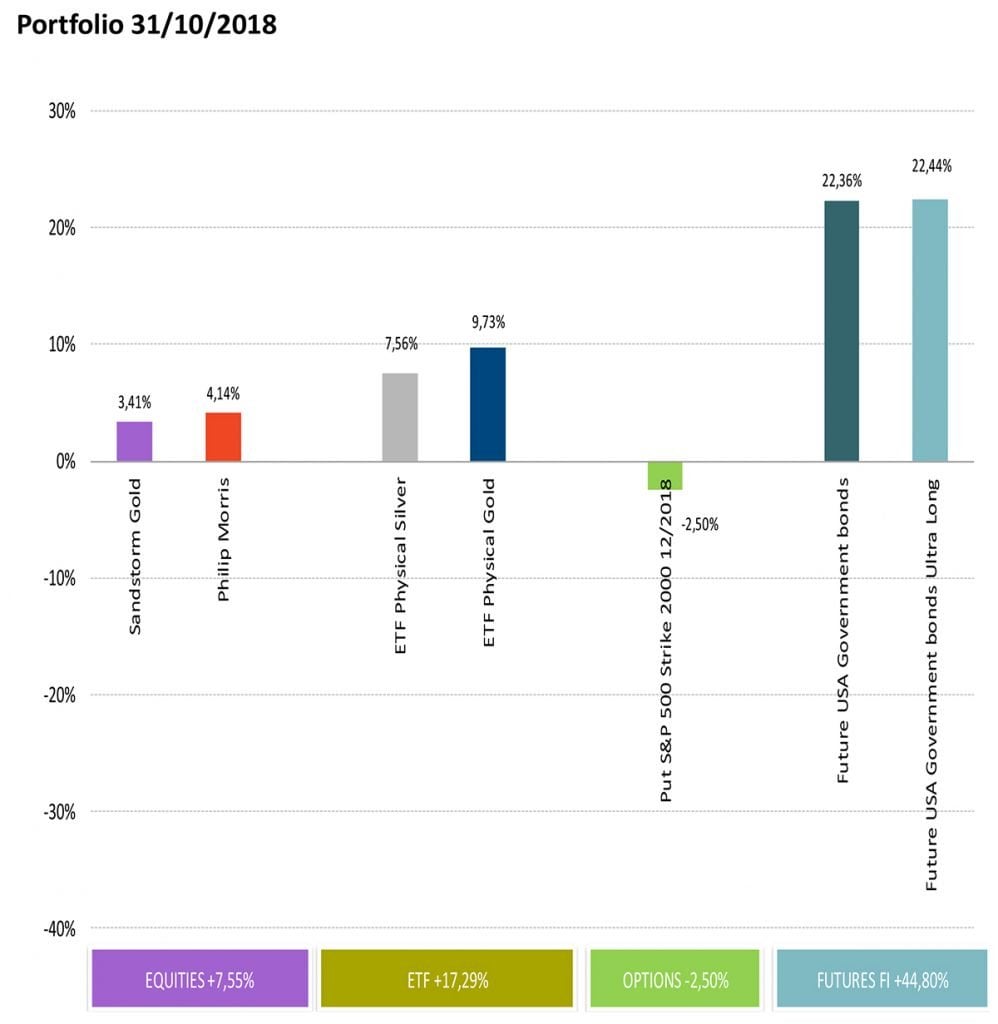 The framework we introduced in January this year seems to be developing step by step, and we think it is very plausible we have already witnessed maximums in US equities.

That´s why we decided, after some months of patience, to start taking short positions in US equities. As well, we took a small long position in Philip Morris, as we think it could also act as a good refuge during market turmoil. So far, this has been the case and the fund had substantial gains during the month, opposite to equity markets.

Regarding our long US treasuries positioning, our understanding was that they would be a good refuge, but we acknowledge that we were to soon into this position and we have accordingly reduced the exposure substantially.

We think United States´ fiscal position is compromised and would not be surprised if we see a rating cut in the following months, which won´t be good for bond prices, specially the longer term of the curve. It is true that US treasuries are the highest yielding core bonds, but the Federal Reserve has been reducing its position for some months now and the increasing deficit has also increased the supply. Moreover, we have witnessed a lack of demand from Central Banks in the last several auctions. For all these reasons, we think that, even though bonds could act as safe haven during a market turmoil, purchases will be concentrated in the 5-10 years part of the curve, and there is where we have concentrated our longs. 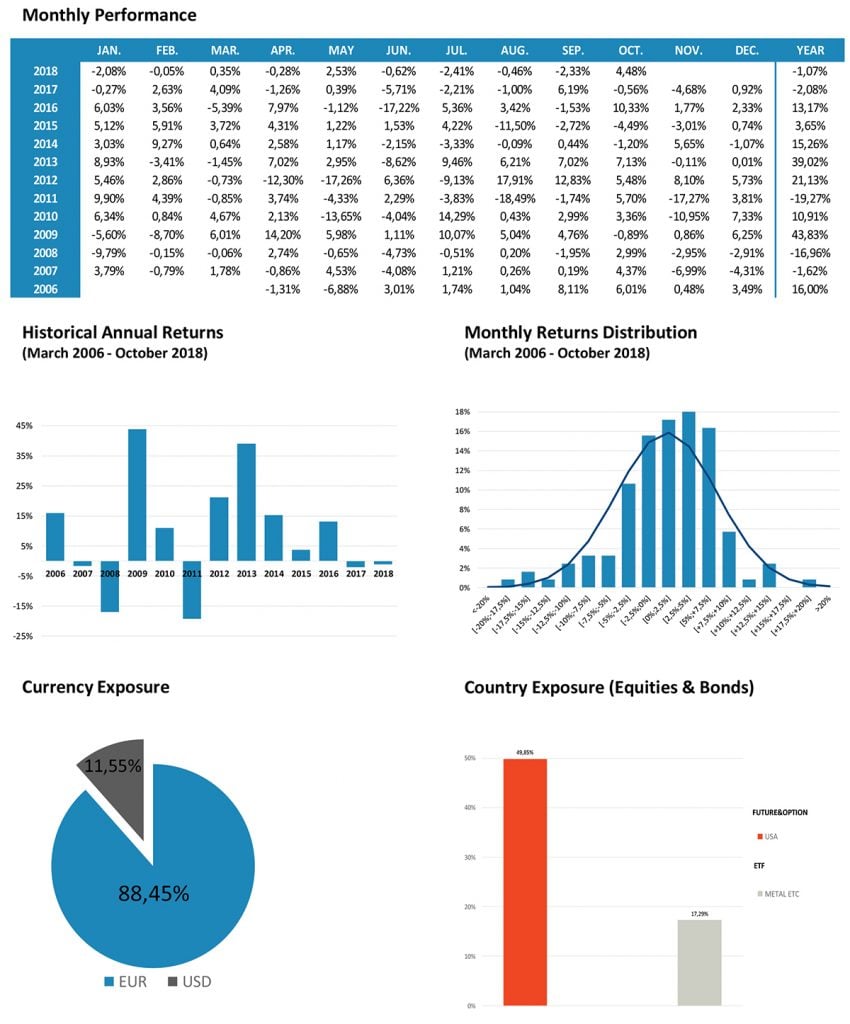 We maintain our gold and silver exposure, even though they are still contributing negatively for
the year.

Our impression is that we are watching the first innings of a much larger market disruption. This first movements use to be abrupt but could very easily witness big rebounds which test the resolve of the shorts. Here is where the tactical part of our strategy shows up. Thus, we changed the exposure from short to long for the last day of the month, profiting from the rebound that last day. We must recognize it is very difficult to have exposure against our long- term view, even if it is just for short periods of time, but discipline is crucial.

We keep now a close eye on credit markets for any signal that could make us change our mind regarding our long-term view. So far, credit keeps deteriorating, even during days of equity market rebounds.

Going back to US treasuries, we decided to close completely our direct long exposure to the 2044 bond. The main reason was the level of EURUSD. We entered the position at 1,245 and at 1,135 we consider that, by the moment, the first objective was reached. Overall, even though bond prices have fallen sharply since we entered the position, the currency effect has made this position to contribute positively to the return of the fund. We are gaining exposure now through futures positions.

We have been explaining through our monthly letters, during the last year, the different warnings that some indicators were telling us. We are afraid that we won´t have many more opportunities to be warned.