ValueWalk
Home Business The Wealth Elite – On Taking Risks, Swimming Against The Tide, And... 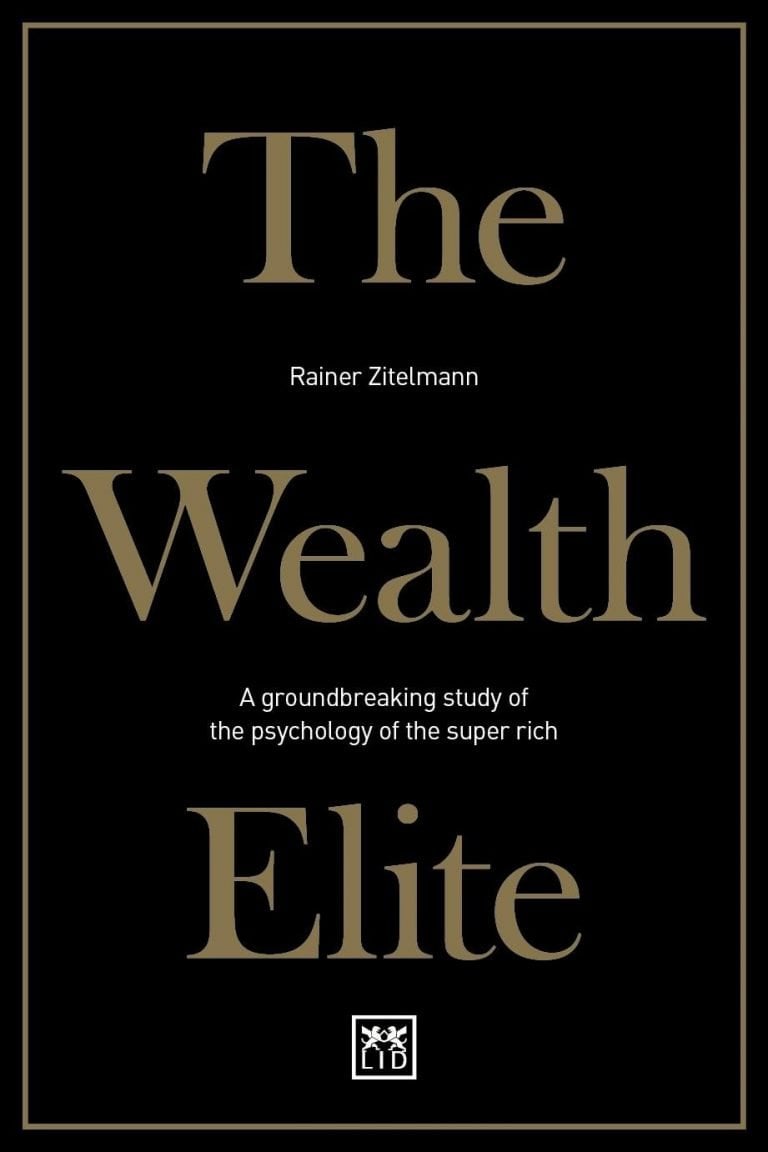 Researchers have been complaining for decades that there is a social group about which we know far too little, namely “the rich.” Unlike poverty research, wealth research is still in its infancy. Yes, we know something about “millionaires next door,” thanks to authors such as Thomas J. Stanley, and we also have glimpses into the lives multi-billionaires, who are frequently the subject of public attention.

But there is one group that researchers have neglected, the group I refer to as the “wealth elite,” or to use the vernacular of wealth managers, ultra-high-net-worth individuals.. These are individuals with a net worth in at least the tens to hundreds of millions. To date, little is known about the genesis of wealth in this group, or about the personality traits and behavioral patterns that have enabled them to be so economically successful.

In absolute terms, the number of individuals with net assets in at least the tens and hundreds of millions is so small that standardized approaches with quantitative methods were out of the question for my study The Wealth Elite. I therefore selected a qualitative approach, namely guided interviews. In relation to the genesis of individual wealth, it became increasingly clear that one of the areas this research should focus on was the personality traits that are the basis for financial success. So, the essential questions the research sought to answer, were:  Which personality traits do the super-rich share, what do they have in common, what distinguishes them, and what influence did these traits have on their financial success? I conducted 45 interviews (each lasting one to two hours) with individuals whose net worth in the lowest category ranged from 10 to 30 million euros and, in the highest category, from several hundred million to several billion euros. The majority of the interviewees are worth between 30 million and one billion euros. Most are self-made millionaires.

One of the subjects explored during the interviews and in the psychological test the interviewees completed was risk orientation.

Researchers have intensively considered the issue of risk orientation among the wealthy. Some researchers have identified a strong, positive correlation between risk propensity, entrepreneurial success and wealth. In contrast, others have found that entrepreneurs characteristically only have a moderate appetite for risk. A third group of researchers supports the hypothesis that, while entrepreneurs’ actions may objectively be classified as risky, the entrepreneurs themselves do not perceive them as such.

There is much to indicate that the conscious acceptance of risk – particularly throughout the business start-up phase – combined with the progressive reduction of these risks, is a requirement for sustainable financial success. Anyone who is not prepared to bear an elevated level of risk is unlikely to become an entrepreneur or investor. On the other hand, those who expose themselves to extreme levels of risk over an extended period of time run the risk of losing most, if not all the wealth they have accumulated. The later in life this happens, the lower the chances of rebuilding everything from the ground up would appear to be. Many of the interviewees reported that their appetite for risk had decreased with age. It is important to bear in mind at all times that the UHNWIs interviewed during this research are those who have maintained their success to the present day. There are, of course, large numbers of entrepreneurs who have not enjoyed long-term success – possibly because they constantly exposed themselves to excessive levels of risk and didn’t implement measures to reduce their risk exposure in time.

The hypothesis that entrepreneurs and wealthy individuals are characterized by a moderate risk profile was not confirmed by the interviews. It definitely does not apply to the phases in which they established their companies and built their fortunes. A substantial majority of the interviewees assessed themselves as having an elevated risk profile. This contrasts with the phases in which they consolidated their businesses, at which point their willingness to take risks decreased. It is in relation to this phase of an entrepreneur’s life that the hypothesis of moderate risk propensity has its justification.

The hypothesis that entrepreneurs and the rich tolerate objectively high levels of risk, but do not perceive the risks as such, was not entirely confirmed by the interviews. Most of the interviewees were fully aware of their high-risk profiles. At the same time, there were a number of interviewees for whom this hypothesis is valid – they rated their own propensity for risk as moderate, while also admitting that the outside world would classify them as extremely tolerant of risk. Furthermore, the interviews confirmed that many interviewees are objectively exposed to high levels of risk, for example as the result of too little diversification in their portfolios, or the concentration of their wealth in their own companies, but that they do not perceive these as risks. This is where the illusion of control comes into play, which is, in turn, the product or expression of the interviewees’ over-optimism.

The interviews showed two types of entrepreneurs and investors: The first take great pleasure in acting against the majority opinion and swimming against the stream as a matter of principle. They were almost irritated when their view of things lined up with the “mainstream,” as they put it. The other group acted more independently of the majority. They were essentially indifferent to prevailing opinions, forming their own opinions independent of the majority. They had no problems with what anyone else thought, nor did they take particular pleasure in going against the majority. There were times when they had actually acted in a similar way to the majority. The super-rich members of this second group emphasized time and again just how important it is to be prepared to swim against the current. One of the interviewees, whose assets at the time of the interview were about three billion euros (and have since risen to around five billion), told me the following story:

Almost all the entrepreneurs and investors reported serious setbacks and crises, some of which were extremely serious. How did they react? According to the findings of entrepreneurship research, “action orientation after failure” is a key entrepreneurial personality trait. The interviewees revealed that their specific approaches to dealing with setbacks and crises is an important factor in their success and a unifying characteristic.

It is striking that the interviewees demonstrated a fundamental attitude of not blaming external circumstances or other people for setbacks and crises but looked for the cause of the problems they were facing in themselves. The interviewees never saw themselves as victims of circumstances or of the actions of their rivals; they always took personal responsibility for any problems. Nor did they use negative market developments as an excuse for their difficulties; they blamed themselves for misjudging the market.

In their crises, they did not just focus on solving the problem and restoring the status quo – they tried to turn setbacks into opportunities. They repeatedly reported how their crises and setbacks only served to make them even more successful.

Rainer Zitelmann holds doctorates in History and Sociology. He is the author of 21 books, which have enjoyed particular success in Asia. His recently published The Wealth Elite is a study of collective behavioral patterns resulting in the economic success of Ultra-High-Net-Worth Individuals. It is the first book that aims to fill academic research gaps on wealth creation, applying rigorous academic research methodology to behavioral patterns that result in economic success.