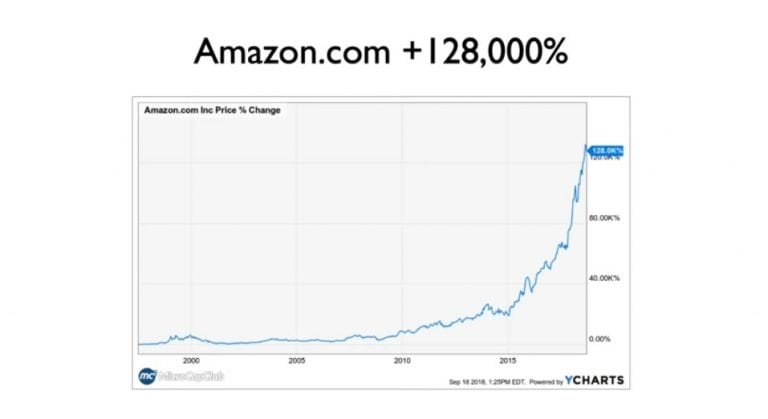 Ian Cassel gave this keynote presentation titled, “investing is hard,” at the Smallcap Discoveries Conference 2018. MicroCapClub is an exclusive forum for investors focused on microcap companies in the US, Canada, Europe, & Australia. Over 600 companies profiled by our members.

I want to thank Paul and Brandon for inviting me to speak to you this morning. You know I also look forward to listening as an investor the rest of the day to some of the amazing stories we're going to hear from some of the microcap companies that are that are going to present to us by a show of hands how many people here think that investing is easy. How many people here think that investing is easy. Not very many of you. Which is what I thought would be the case in fact I would say if anybody had their hands raised that it's likely because they haven't been investing for a very long time at all. You know I find that the longer you invest the more you respect what you're up against the more I'd like to give you a few entertaining and illustrate of examples of how hard investing can be. Here's a chart of Amazon.com from 1997. This is a two day chart from July 1st to July 3rd on July 1st. Amazon was trading at a split adjusted dollar fifty per share. It was a 700 million market cap small cap company. It traded 200000 shares that day. And I can almost guarantee you that at least one investor bought Amazon on a dollar 50 per share on and on July 1st and sold it two days later at a dollar 90 for a 24 percent gain in two days thinking that they were a genius and you know we all know what happened next Amazon.com over the next two decades would go up over 128 thousand percent. That person or persons that would have bought Amazon on July 1st and sold it two days later they didn't realize they were buying into a great business backed them. Know you look at this chart here and it made me think about Bernard Barousse quote where he said nobody ever lost money taking a profit. You look at this chart I don't know about that. This is pretty painful. And I think everybody sitting in this room today has sold a stock. Too soon. You felt like you sold it right before the stock went up 100 200 500 maybe even 1000 percent or more. We've all been there. It's incredibly painful.

On August 5th 2015 Valeant Pharmaceuticals hit two hundred sixty two dollars per share. It was an 85 billion dollar market cap company at the time. The stock over 500 percent over the previous five years. You know I'm sure someone bought Valeant that day at 262 dollars per share thinking they bought into a great business that couldn't be held for decades. You know during this large run up some of the smartest investors in the world bought into Valeant Bill Ackman and the Sequoia Fund Sequoia Fund put about 650 million dollars to work when the stock was around 20 dollars per share and averaged up and at its peak at two hundred sixty two dollars per share. The Valeant position made up 36 percent of the Sequoia Fund and we know what happened next. The Sequoia Fund actually ended up averaging down at 120 dollars per share and ultimately sold out of their position a few months later in the high 20s. You know it doesn't matter your background or your pedigree. You know I think many people in this room have risen a stock or have held a stock the whole way up and have held at the whole way back down and that experience can be incredibly painful.