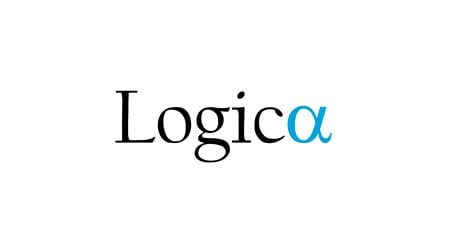 This is my third post in a series of regular posts with thoughts on relevant investment topics. In our ongoing research on our own dilemmas, we recognize that these same issues are likely at the heart of events that we all face.  With sometimes equal measure of frustration and excitement, we hope to contribute to the marketplace of information and discussion.  With the goal of interaction and feedback, please reach out with responses or topics of interest.

As I think back to my academic years, I still recall staring up at the sky in absolute awe as I learned one of the most elegant and fundamental findings at the foundation of modern physics — Einstein’s Special Relativity. My awe in the equations were not just that they expressed the interconnectedness of Space and Time, but that they demonstrated, so purely and exquisitely, that space and time are literally one thing; there is no “and”, just “spacetime”, as the fabric of our universe. They move together, in perfect proportion, relative only to the universal constant of the speed of light. While this is certainly interesting to ponder at the bounds of human understanding, it turned out to be profound for me in different ways, at two very disparate times in my life; the first, as a curious student, and the second, quite recently, as quantitative manager trying to develop trading models with certain risk characteristics. Spacetime, I realized, is particularly poignant to a very similar connectedness that we all experience in the financial markets. Spacetime is, effectively and analogously, drawdown, as it has depth and it has time, or more precisely, a spatial and a temporal dimension — and together, they define “area under water” (AUW). And just like spacetime, one cannot, by any means whatsoever, separate the two; we are not just down 5%, we are down 5% over 1 month.

This realization has a number of resulting consequences. First, and foremost, it falls beautifully into the framework of ergodicity, or for markets, the lack thereof. An ergodic process is one in which there is no path dependence; all paths are representative of the whole. Markets are not ergodic because the probabilities (the “space”) do not necessarily play out in the next period we find ourselves (the “time”); the time average does not equal the space average. Because probabilities are subject to the law of large numbers, the ridiculously finite time spans that we measure and invest in may easily experience an unusual event. Or said differently, our single trajectory will not necessarily equal the computed expectancy of the strategy. In this sense, our oftentimes failure to disconnect what we expect to happen, probabilistically, from what actually happens to us as we watch monthly performance tickers is precisely our failure to misunderstand the connectedness of spacetime.

More broadly, risk itself, is often mismeasured given the focus of space instead of spacetime. People often look at “max drawdown” relative to return, or related ratios, such as CALMAR, or Sharpe/Sortino, but in all of these, there is the same weakness, for they are only viewing the space component. Can downside volatility or magnitude loss really define our utility? It cannot, for a drawdown does not exist in a single dimension, it exists in spacetime. Moreover, a larger magnitude move, but in a very short time span (think flash crash), is oftentimes a more acceptable experience. Perhaps because it feels more explainable in that we can point to a specific event. But when a drawdown drags, perhaps over weeks, or even months, we start to lose sight of explanations, and consequently, lose confidence in the original decision. Time under water is perhaps the greater enemy.

Accordingly, the fabric of spacetime, or AUW, begs the question, would you rather be down 5%, but take 6 months to recover, or be down 10%, but be back before month end? And to make things even more difficult, imagine the area of these two drawdowns were mathematically equal. Given our ability to continue compounding positive returns after recovering, most of us would likely prefer the 10% down and back quickly over the 5% that lingers on. Our industry recognizes this clearly in only paying incentive fees for time above water. Thus, the depth alone, which most metrics tend to measure, becomes less meaningful, for the entire fabric of spacetime must be considered relative to the upside potential.

With this in mind, it becomes evident that the real problem that we, as investors, must deal with is the passage of time, and our path through it, which cannot be definitively extracted from the probability spaces that we evaluate for our decision-making in the present. The popular “gambler’s fallacy” is in fact dubbed a fallacy because there is no probabilistic reason that a losing streak should reverse anytime soon. Mean reversion is not at all fundamental to drawdowns, nor even a valid assumption. More so, at the extremes, a tail probability streak, over too long a period, can outright destroy us, per the “risk of ruin” which mathematically guarantees our bankruptcy, regardless of our positive edge, if we do not de-risk into the drawdown.

Ironically, spacetime is not only the culprit for our losses, but equally so, for our inability to gain as much as we potentially can. The St. Petersburg Paradox, is once again dubbed a paradox, but only because spacetime cannot be decomposed. In this purported paradox, one who faces a payoff with literally infinite upside will not pay that much to take the bet. Why would anyone not pay half your net worth to win all the money in the world? Quite simply, because the space (the mathematically robust expectancy) will not necessarily occur this time, and we’d lose half our net worth. And not only do we lose that much, we may even be so unlucky as to stay to watch the path of the very next player, who wins umpteen times our net worth. The pain of spacetime is just not bearable.

In closing, I must refer back to my highly bifurcated moments of appreciating Einstein, who discovered that time and space are interwoven, and proved that the way in which they are interwoven depends on the observer. In the investment world, the observer is the manager or the allocator, who both observing and experiencing, day in and day out, the interwovenness. And as such, the relativity is not just with respect to our frame of reference, it is to our bank account and/or our leverage factor -- or at the end of the day, to our investor’s monthly statements. Einstein would likely not have wanted this association to his grand scholastic achievement, and may even have scoffed at its heretical use in financial analysis, but he would certainly have understood that drawdowns, in his retirement account, were in fact relative to his remaining life expectancy.