ValueWalk
Home Tech Guides One Headline To Rule Them All 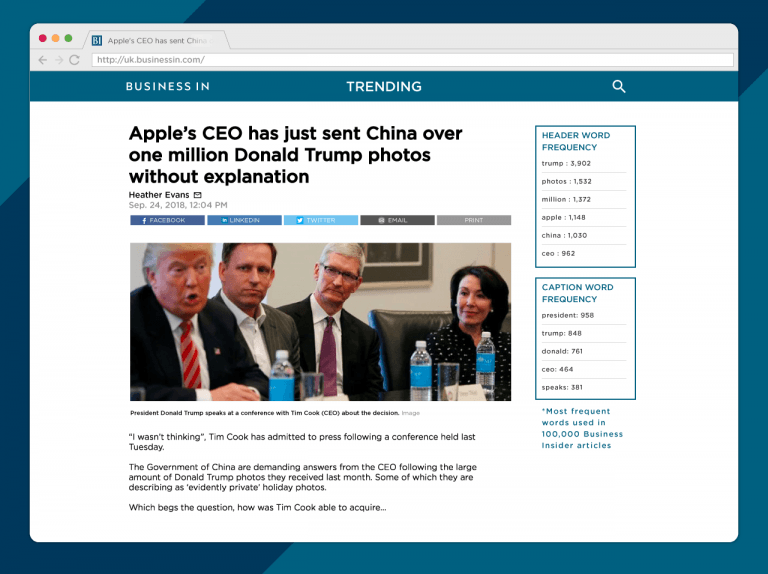 News publications each have their own voice, style and structure. Their own unique means of passing information on to their readership. The Sun (UK), for example, provides a lowdown of all things sport, showbiz, lifestyle and gossip. They often rely on eye-catching ‘kickers’ to hook readers in, not holding back on the more explicit stories, flashy article headlines, with a lot of melodrama thrown in too. The pinnacle of all things tabloid.

In contrast, The Independent (UK) is largely regarded as a more ‘intellectual alternative’. Once a broadsheet, this newspaper covers culture, sport, politics and general news.

Baupost’s Seth Klarman: the Fed has broken the stock market

And so comes the question – is it possible to epitomise a news publication using a single headline?

Doxdirect, an online printing company, were intrigued by this question, so launched a thorough investigation which involved analysing over 100,000 article pages of various UK news publications in order to discover which words/topics appear the most in their article headlines, subheadings, kickers and captions. Doing this would shed some light on the stories these publications cover the most – is The Sun preoccupied with sex? Is The Independent as overtly ‘intellectual’ as people believe?

The final list of publications we prepped for analysis were the following, covering a range of different online formats:

Of course, as not every publication followed the same structure, the static on-page elements we analysed had to change between articles. For this reason, we analysed the headline and subheading on The Independent, the headline and caption for Business Insider, and so on and so forth.

The initial word lists we received were inundated with fundamental prepositions, pronouns and conjunctions (the, to, in, and, a, I, if etc.). After filtering through these, we had a finalised list of the most frequently used nouns in each publication’s article headlines.

For example – the top 15 (unique) words used in The Sun’s article headlines (along with how many times they appear) are as follows:

And to finish, we weaved words from this list into a headline and used images, article snippets and other page elements to frame everything into a story.

We had, quite literally, created a headline that epitomised The Sun:

Former sex star will reveal ALL during Manchester show, a world first for fans

The stories we’ve created are not only fun, but also showcase which people, objects, events and places crop up the most in each publication’s articles, including adjectives that the publication likes to use the most.

For example, we found that The Independent often used the terms ‘attack’ and ‘warn’. Regardless of context, these words would certainly impact readers. In contrast, some of the most frequently used words in Daily Mail headlines were ‘world’, ‘home’ and ‘love’, which paints a completely different story.

See the articles below for more interesting insights! 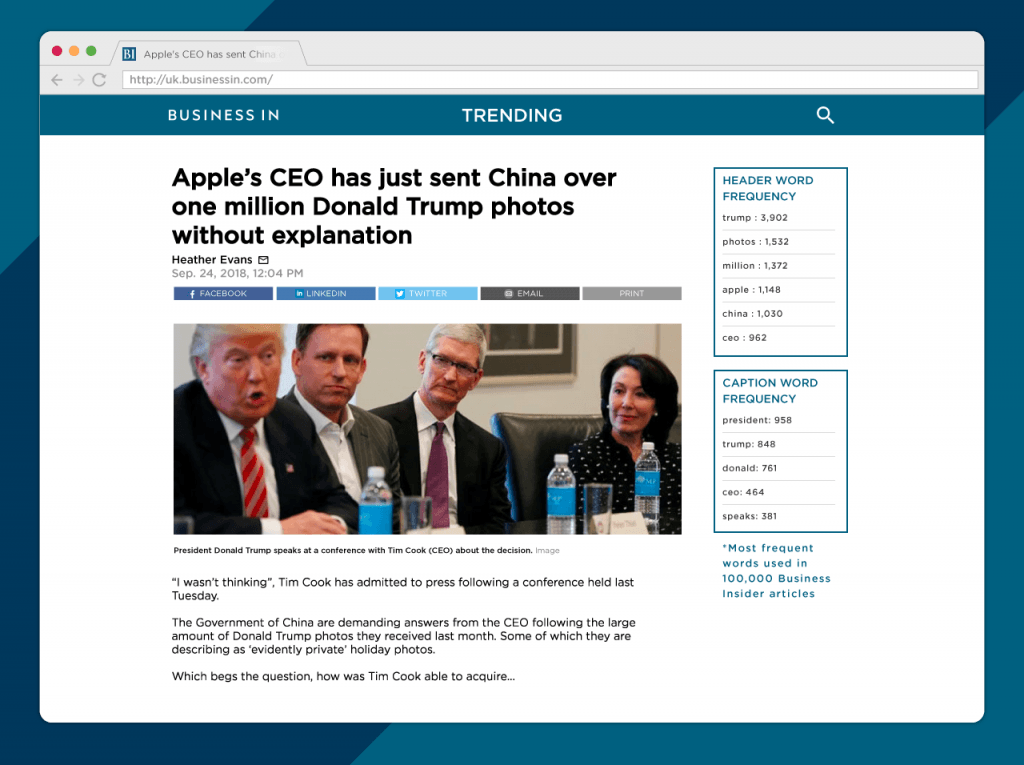 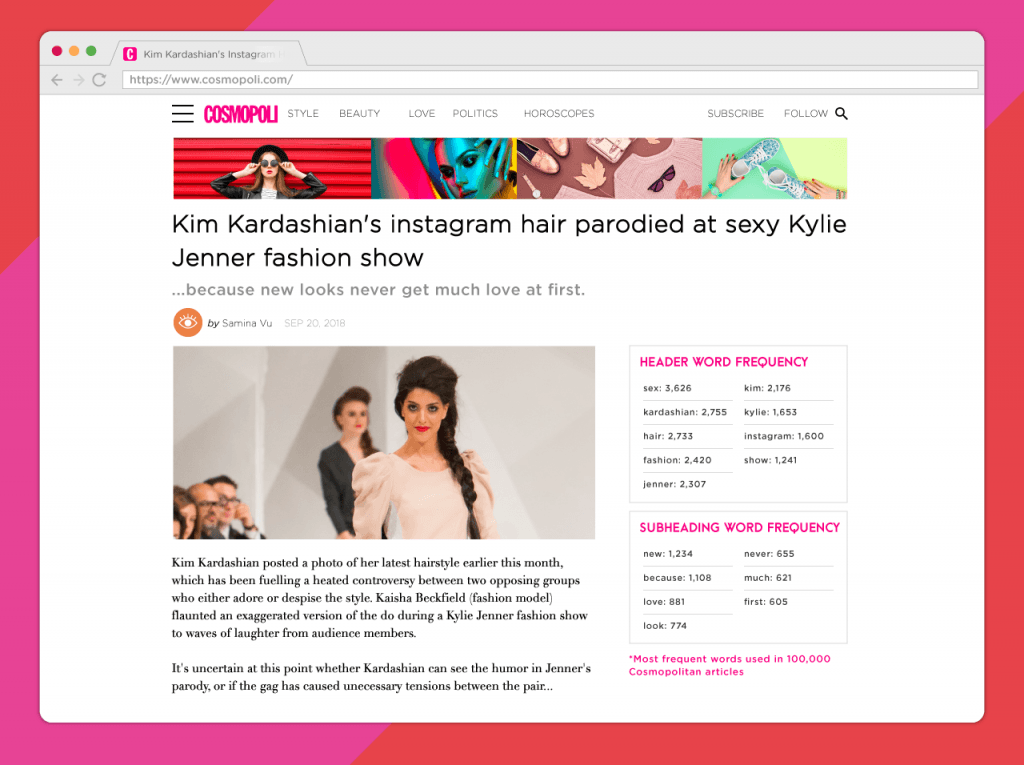 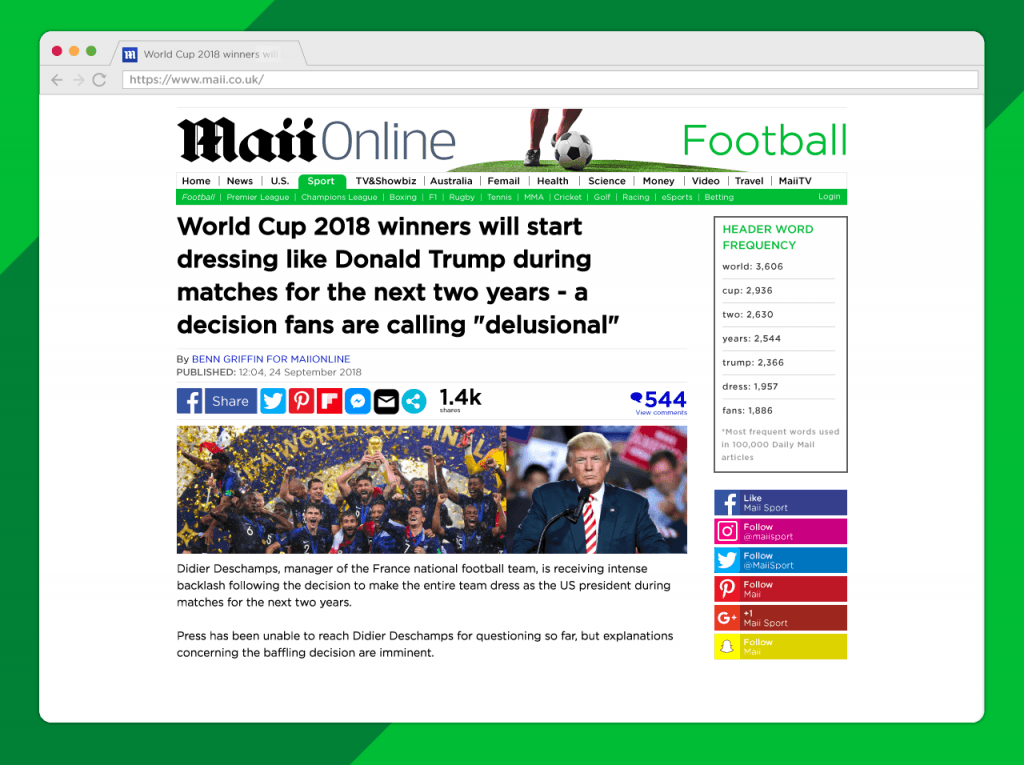 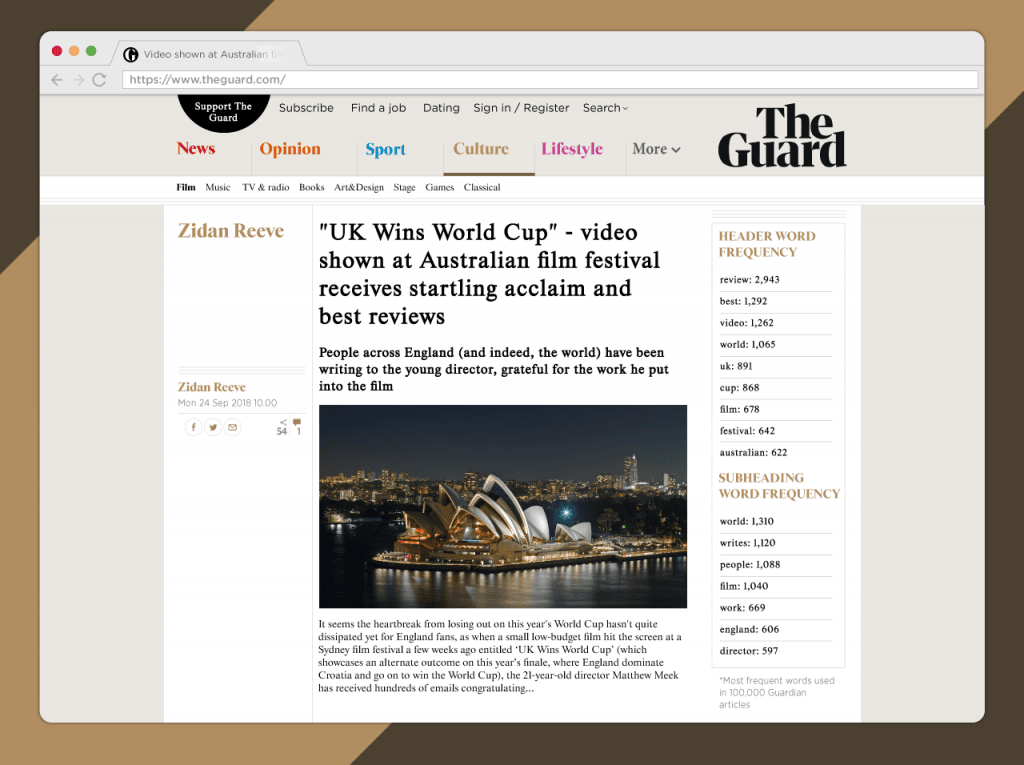 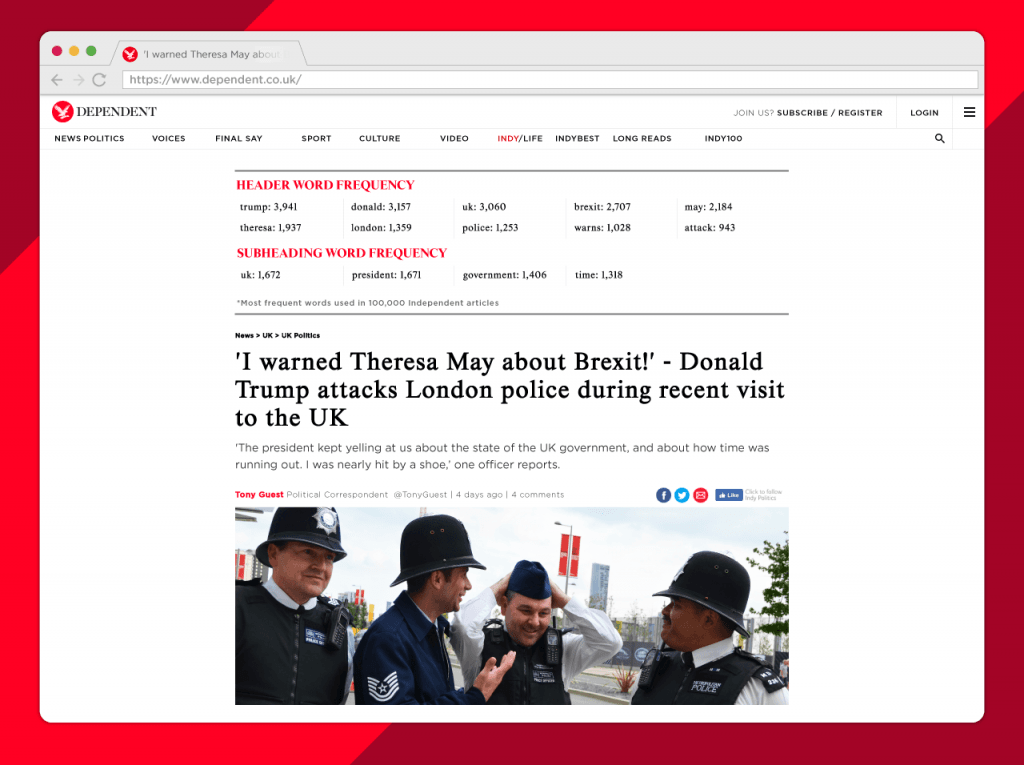 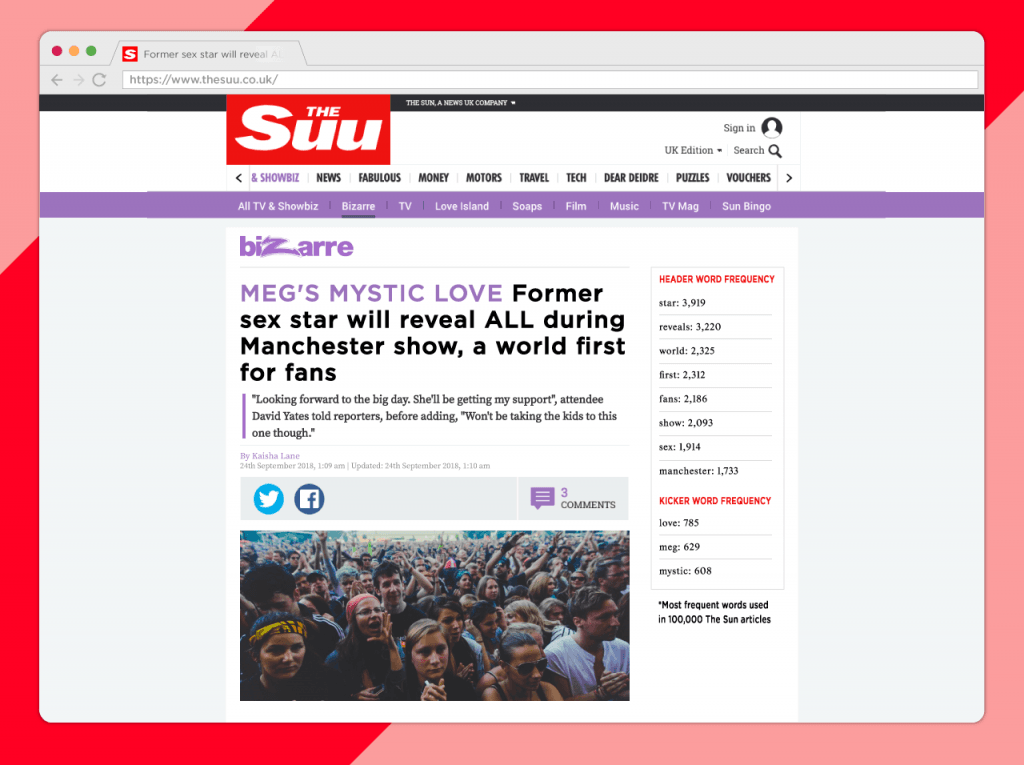