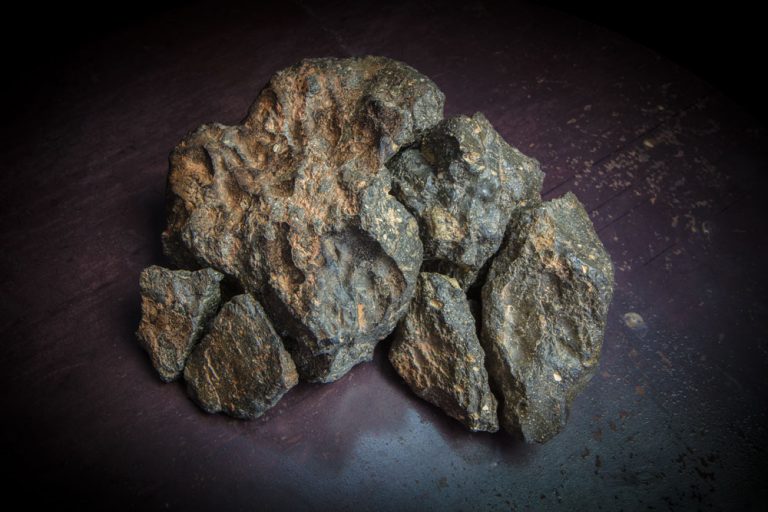 An auction house based in Boston is looking for someone who wants to buy a 12-pound lunar meteorite, which is estimated to be worth about $500,000. If you collect moon rocks, perhaps you should try your luck in this auction.

Those who want to bid on the 12-pound lunar meteorite, also known as “The Moon Puzzle” and the “Buagaba,” can do so on Thursday. The auction will remain active until Oct. 18, according to RR Auction.

“A highly important, world-class example of a lunar meteorite, this was blasted off the surface of our moon in the distant past, likely by the impact of a different meteorite, then journeyed the quarter-million miles to Earth and—against all odds—survived a fiery descent through our atmosphere to be found in the wilds of the deserts of Northwest Africa in 2017,” the auction house wrote in an online description of the item.

Scientists named the meteorite based on the location where it was discovered: NWA 11789. The letters represent Northwest Africa, according to the auction house.

What makes the 12-pound lunar meteorite particularly interesting is its extremely rare feature, a “partial fusion crust,” which was caused by an extremely severe impact from heat as it fell through the atmosphere, according to the description. The impact likely pulled six fragments together to make them fit like a puzzle, inspiring its creative name. The largest of those fragments weighs about six pounds.

Lunar meteorites which have been found previously were closer to the the size of a walnut or a golf ball, Geoff Notkin told the Associated Press. Notkin hosted the TV show Meteorite Men and is CEO of Aerolite Meteorites, which listed the 12-pound lunar meteorite for auction and confirmed its authenticity, according to RR Auctions.

“As soon as we saw this, we knew it was extraordinarily unusual,” Notkin said. “This is close to a once in a lifetime find.”

The auction house called the lunar meteorite “unique,” adding that it is one “of the most important meteorites available for acquisition anywhere in the world today, and perhaps, the most significant example of our nearest celestial neighbor ever offered for sale in the history of meteorite science.” The auction could turn out to be quite special for interested private collectors, the AP noted.

RR Executive Vice President Robert Livingston told the AP that the auction “is the only way a private collector” could ensure this kind of an item for themselves “because the moon rocks brought back by astronauts are U.S. government property.”