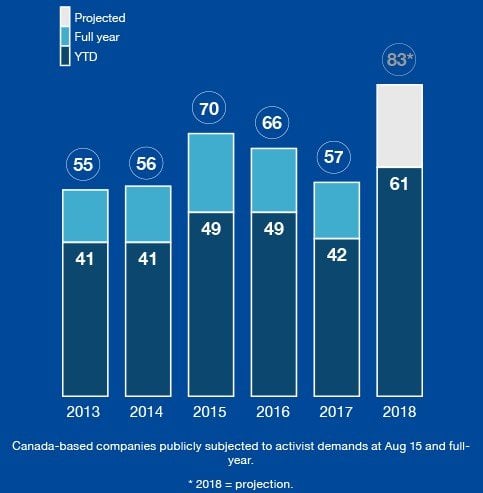 Rising commodity prices and domestic attacks on remuneration could propel activism in Canada to record highs.

The number of companies publicly targeted in Canada in 2018 had reached 61 by mid-August according to an analysis for the September edition of Activist Insight Monthly, about a quarter higher than the 49 companies targeted by mid-August in 2015 and 2016. 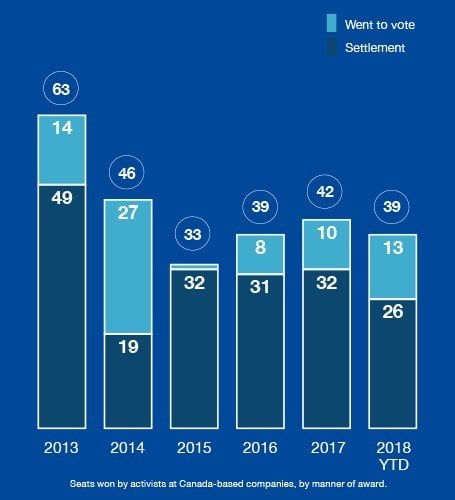 Activist Insight data show that the number of board seats won in proxy fights has fallen since the heady days of 2013-2014, while settlements have stabilized. That change has taken place even as demands for board change have increased. 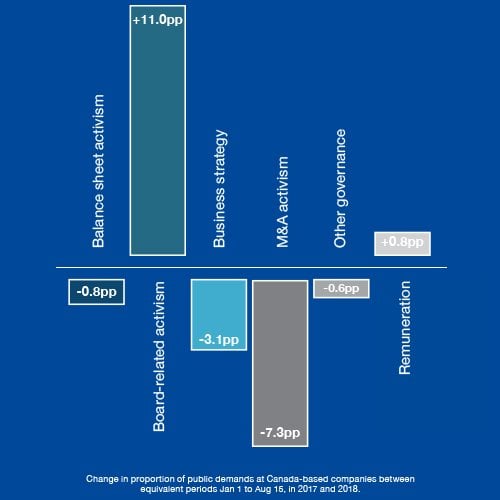 It’s all over, now 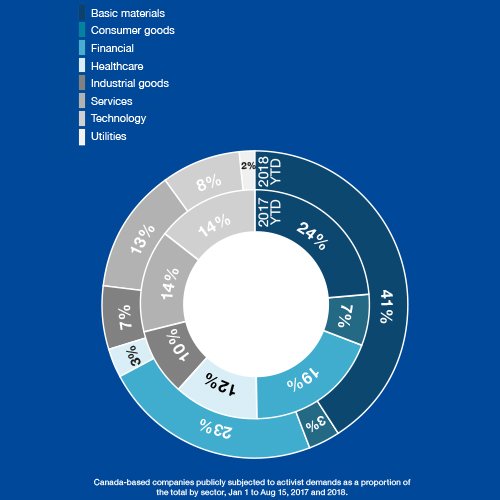