Moving house experts Compare My Move have explored the weird and wonderful residences of world leaders. The list of 12 official residences show a true range of styles and tastes from across the world from london’s 10 Downing Street to Ghana’s 10 year old office. The residences were selected in some cases for their extravagance, and in some cases for their unique design. From a twelfth century castle to a modern presidential complex, these are the places that world leaders call home.

Many of the residences of world leaders are instantly recognisable, such as The White House and 10 Downing Street. The white walls of The White House are intrinsically linked to the President of the USA, as it was built in 1800 specifically to act as the president’s home and office.

Predating The White House by 116 years, 10 Downing Street was built in 1684 and is home to the Prime Minister of United Kingdom.

10 Downing Street is likely to be the most famous terraced house in the world, though looks can be deceiving. 10 Downing Street is bigger than it seems, consisting of around 100 rooms spreading along the street and connecting to a larger building behind it. It’s patrolled by a cat named larry, whose official title is ‘Chief Mouser to the Cabinet Office’.

Both The White House and 10 Downing Street demonstrate residences acting as world leader headquarters, which include presidential offices or cabinet meeting rooms. Other residences of world leaders on the list are homes in the strictest sense, such as the fairytale Vaduz Castle in Liechtenstein which acts as the private residency of the Princely family. The castle dates back to at least 1322, so it’s the oldest residency on the list.

The newest residency on the list is the impressive Presidential Complex, built in 2014 to house the President of Turkey. Reportedly costing £385 million to build, the complex covers 1.6m sq ft and consists of 1,100 rooms. Added extravagance includes rooms decorated with silk wallpaper costing £2,000 a roll.

Though if it’s space you’re looking for, the list includes the largest residential royal palace in the world, home to the Sultan of Brunei. Sprawling 1,800 rooms and costing £1.1 billion to build, the Istana Nurul Iman sits as the grandest residency on the list. It’s luxurious as it is large, with golden door handles throughout the palace. It’s home to Sultan Hassanal Bolkiah, whose reported net worth is £15.6 billion.

On the other hand, perhaps the most understated residency on the list is Bessastaðir, home to the President of Iceland. What the building may lack in scale, it certainly makes up for in history, as the site has been linked to the very first settlers of Iceland. There has reportedly been a church on the site since around 1000AD.

The list also includes residences of incredible craftsmanship, including The Rashtrapati Bhavan, home to the President of India. The home took 29,000 craftsmen 17 years to complete, and the estate covers a huge 330 acres. Visitors can get lost in 2.5km of corridors within the residency, and 190 acres of gardens around it.

Others are prime examples of particular architectural styles, such as The Élysée Palace. Built in the French Classical style in 1722, it has been the official residence of French Presidents since 1873. Today, President Emmanuel Macron and 800 members of staff walk the corridors.

Whichever the weird and wonderful homes of world leaders and heads of state are your favourite, you’ll agree that these homes are truly fit for kings and queens.

From the terraced house of 10 Downing Street, to the largest residential palace in the world in Brunei, these are the properties that world leaders call home. 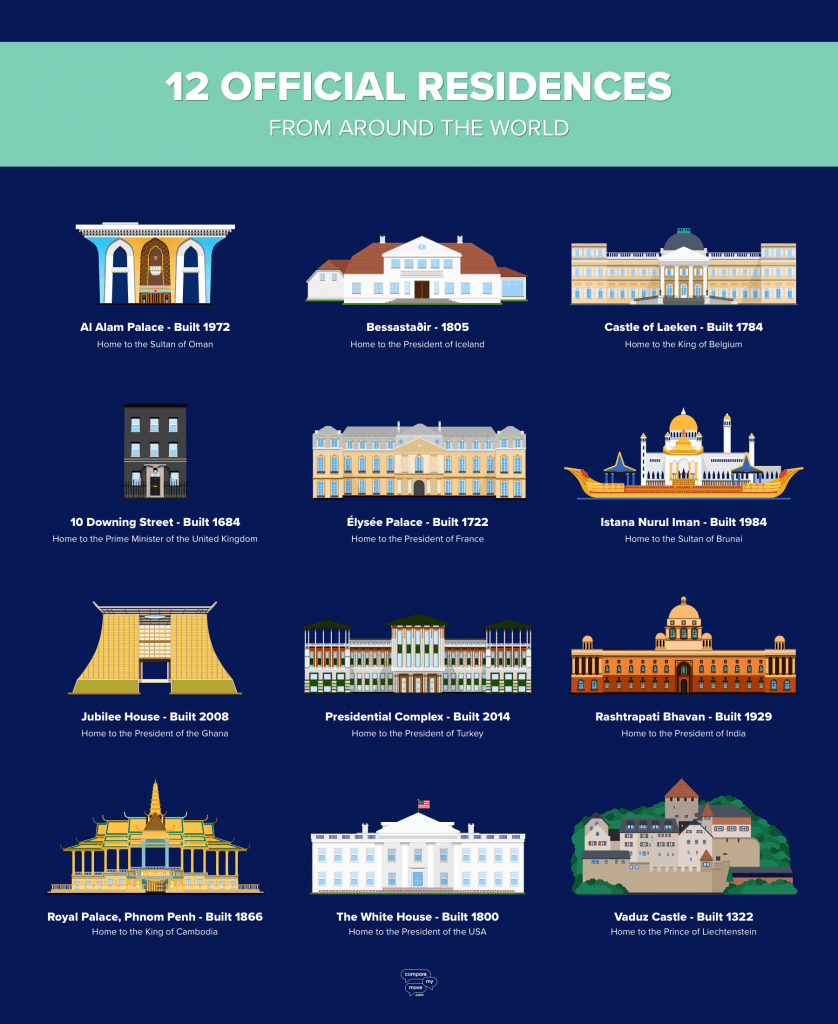 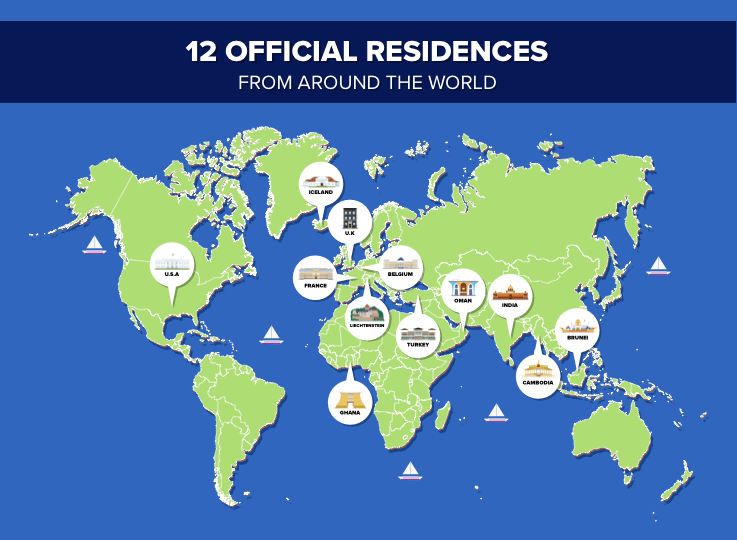 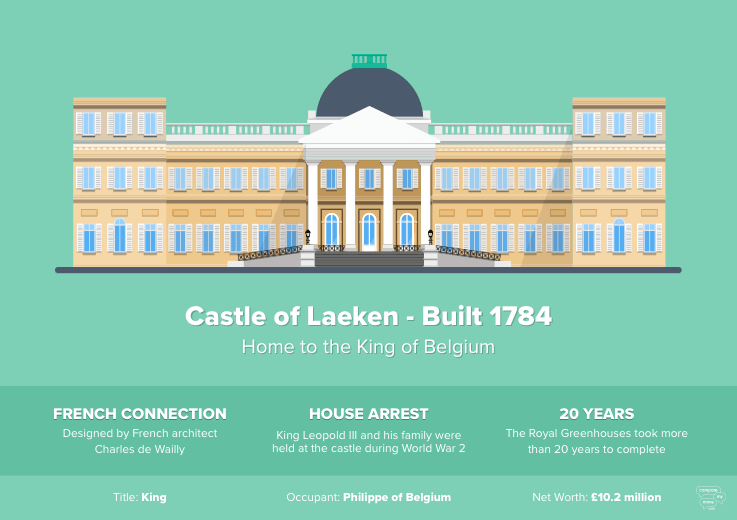 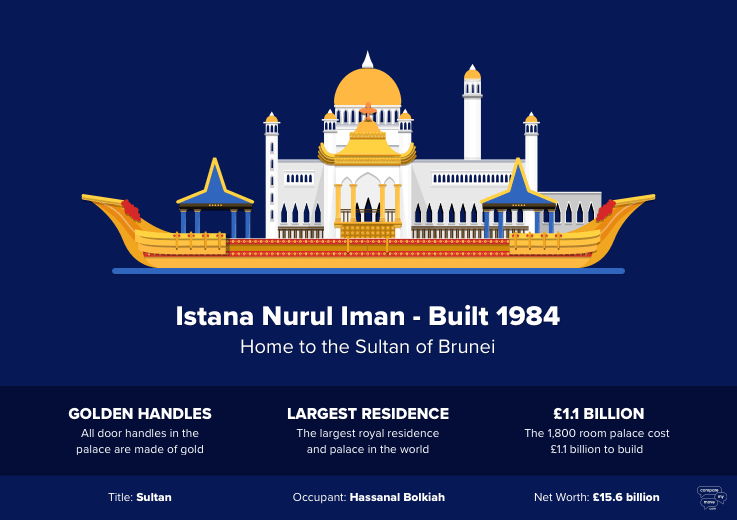 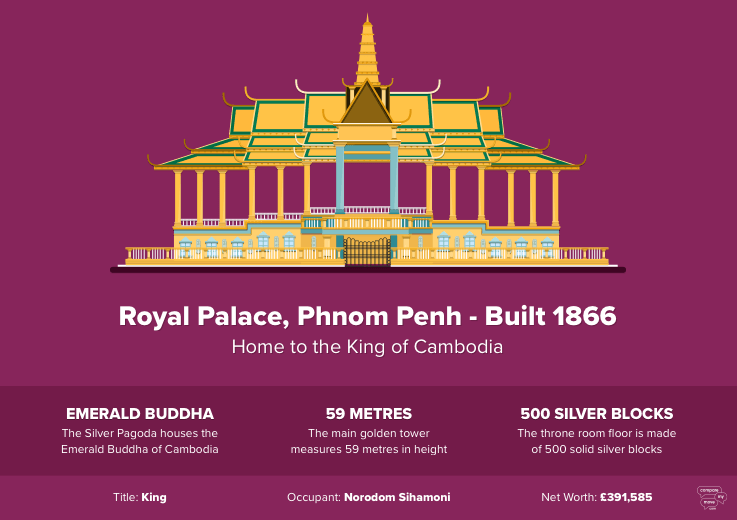 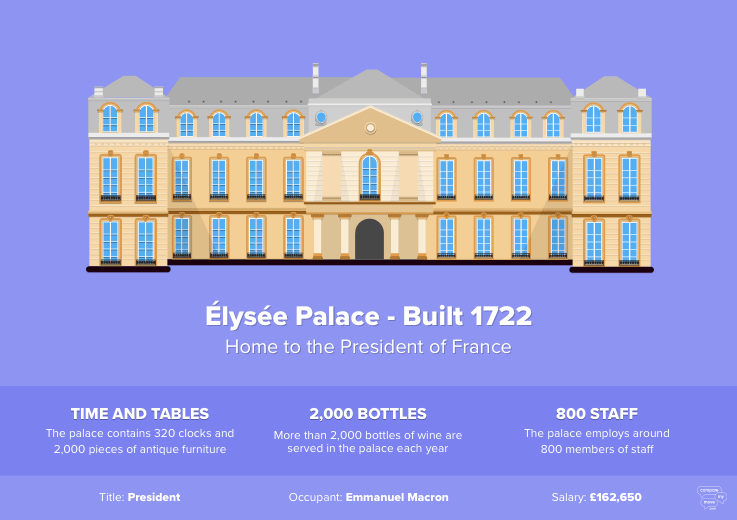 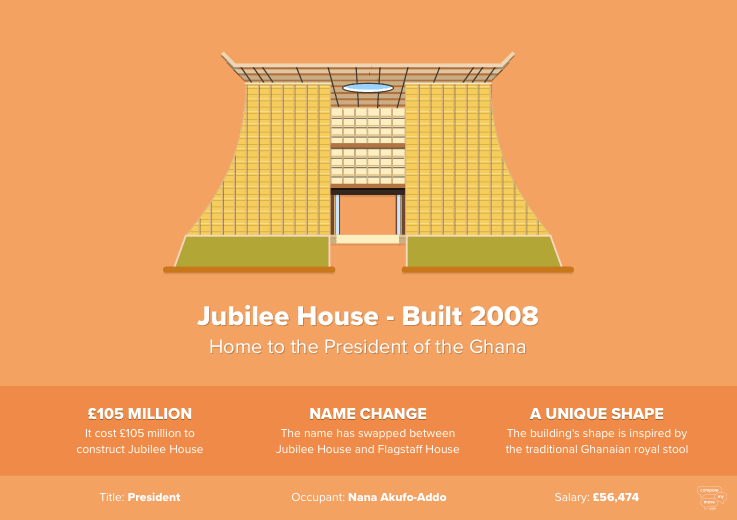 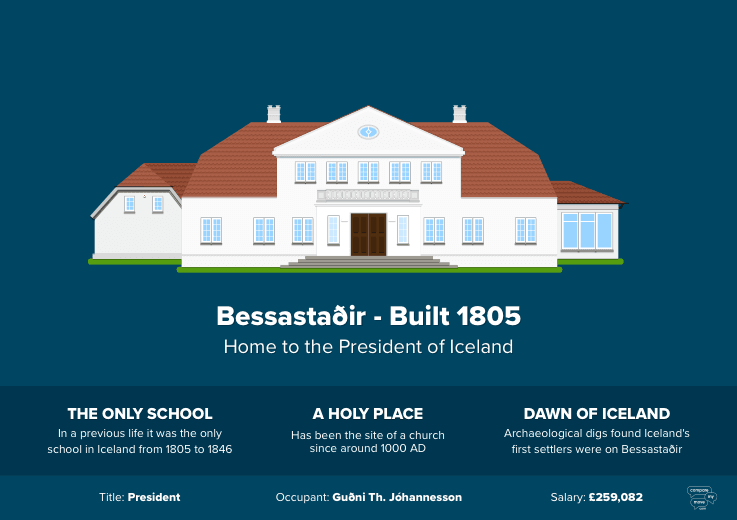 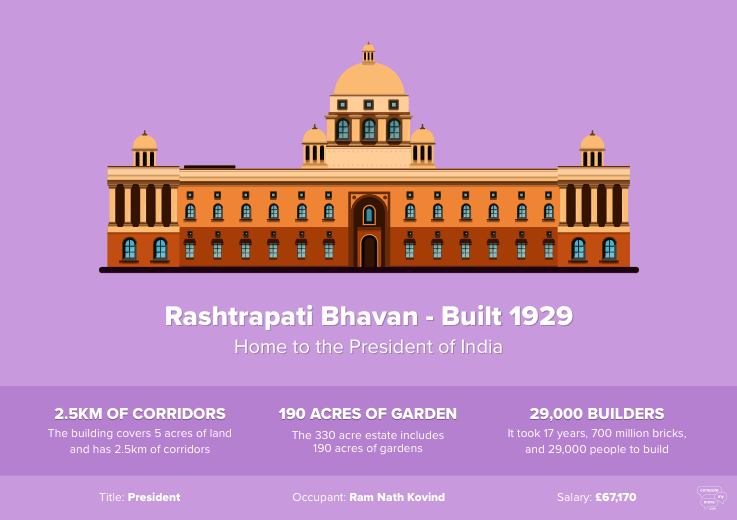