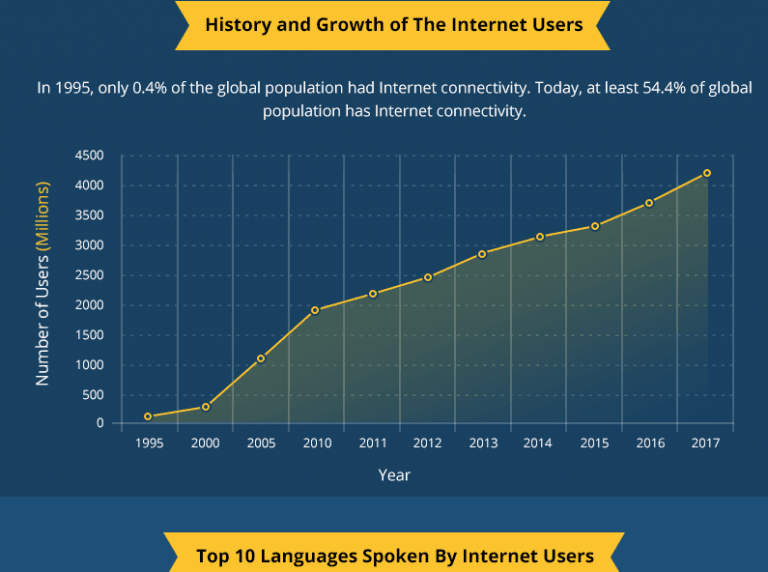 You clicked on a link and landed on this blog. Your computer and our website servers could be States, countries or even continents apart from each other. Despite the physical distance, you landed on this blog within half a second or so. Now, that is the power of the Internet.

The Internet is basically information in motion. It is made up of ‘1s’ and ‘0s’. In a way, it is a digital mesh of billions of computers and mobile devices connected to each other. The Internet is that network which makes computers work together.

This might sound like child’s play. Hey! We use mobiles on a daily basis. We snap pictures and send them online in a flash. We are Internet-savvy! Who wants to relearn about something that we are so used to?

Well, if you thought you knew the Internet very well, think again. The Internet has a history that stretches for half-a-decade. And, no. It is not the Big Four comprising of Google, Amazon, Facebook and Apple who made the Internet as it is today. Of course, they played a big role in the mass adoption of the Internet.

But, there was an age in history when the Internet was made up of a dozen or so computers. And the best that they could do was to send bits and bytes of information made of binary digits. No flashy images or live videos as we know it today.

The Birth of the Internet

Almost half a decade before, the Internet was merely a vague idea. The technology to make it real was still in the works. It all started in 1957. Until then computers were siloed systems that did one task at a time. There was a separate computer for each task. No single computer could do it all. Whenever more computing power was required engineers had to build larger computers that had plenty of tangled wires, exhaust systems, fans and components. Maintaining such systems itself required a whole team of technicians.

The DARPA (Defense Advanced Research Project Agency) came up with a large-scale computer network that was easier to use and also accelerate the pace at which information was shared in between computers. The project was christened ARPANET. It would go on to lay the foundation to the modern-day Internet. And that single event marked the birth of the Internet.

ARPANET went on to create a milestone technology in 1983 that would simplify online communication and information exchange. It adopted the Transmission Control Protocol and separated a section of its military network for public research. By 1989 another major leap in Internet technology occurred. Tim Berners Lee launched created the HTTP (hypertext transfer protocol) that allows diverse computer platforms to access Internet websites in a consistent manner.

Web 2.0: Second Coming of the Internet

Web 2.0 is used to describe the technology that allows users to create, share and interact with content online. Virtual chat rooms, blogs, social media, video sharing websites, etc. all fall under this category.

Almost every industry and its vertical adapted Web 2.0 to reach their target audience easily. Entertainment which was largely restricted to theatres and cineplexes soon spread to user screens were movies and entertainment was streamed on demand. Netflix, Spotify, Amazon Prime, etc. are all success stories of Web 2.0.

The Internet is in the verge of another turnaround. This time it is propelled by mobile apps, Internet of Things and Immersive Realities. Of course, there is Artificial Intelligence and machine Learning which might become mainstream technologies sooner than we expect.

There are approximately 3.8 Million Android apps and 2 Million Android apps. Analysts peg the number of Internet of Things in Billions. In other words, the third evolution of the Internet is spread many times than its predecessors. Also, with time the population that has access to Internet connectivity has also increased substantially. Almost every country in the world, the Internet is ranked as a utility at par with telephone, electricity and the likes.

It is fascinating to know that the Internet which began as a secret defense project is now a utility that keeps the world at its toes. Without the Internet, there is very little that we can accomplish today. From hailing a cab to ordering food, the Internet makes it all possible.

If you want to dig deeper into the history of the Internet, here is an infographic that details it all.