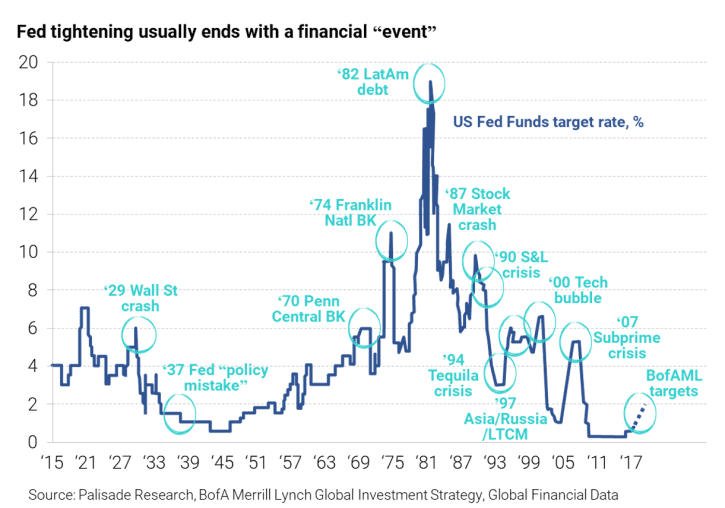 Over the last couple of weeks – I’ve written about the transition from global trade wars into currency wars.

So far this year, we’ve seen the Argentina Peso and Turkish Lira get desecrated. But it’s not just Emerging Markets with ‘soft’ currencies being affected.

This shows you just how fragile the world’s currencies are when there’s a currency war – no one’s safe.

And unintended consequences spread like flames of a fire. . .

I wrote earlier this week that over the last two decades – gold’s never been shorted like this before.

Gold’s down over 11% since 2018 began – thanks to heavy short sellers and a rallying U.S dollar.

But remember this important phrase: when something has record shorts, it will have record buybacks.

For instance, when someone shorts something – they’re borrowing it.

The idea here is that traders are borrowing someone elses gold contracts – paying them a bit of interest for their time – and then selling the gold on the open market.

Then – if gold falls in price – they have to simply ‘buy it back’ at the cheaper price and return it to the original owner. And the trader nets the difference as a profit.

You can see here then that eventually – all this record gold shorting will turn into record gold buying. Traders must buy it all back to return it.

This will cause gold demand to increase – pushing prices up.

Don’t believe me? We saw the same thing happen with the dollar last year. It dropped 14% between January 2017 and February 2018 – and then in early March – short sellers started closing out (buying back) their positions.

The dollar’s rallied 6% since then.

But this edition is to show you just how attractive I think gold is today and how you can make spectacular gains from its inevitable rise using this strategy. . .

First let’s go over why I think gold’s going higher. . .

The Federal Reserve is tightening monetary conditions with rate hikes and something known as ‘quantitative tightening’ (known as QT).

QT is the Fed selling the bonds that they bought during the ‘crisis’ years back to the banks – which basically sucks the money out of the system.

As far as rate hikes go – the Fed’s planning to raise rates 0.25% at least two more times this year (that will make it four total in 2018). The next time will be in September – and followed by December.

The Fed’s also pulling out $600 billion dollars per year with their QT program.

Be aware that in the Fed’s 105-year history – this type of ‘tightening’ has never happened before. This is basically one big financial experiment as the Fed put it.

Combining the rate hikes with the QT is very aggressive tightening. And in my opinion, the market doesn’t quite understand how this will affect asset prices.

And with interest rates up this year – and much higher since the Fed began tightening back in December 2015 – the tightening is being felt throughout markets. . .

Rate hikes in a fundamentally healthy economy are okay. But the U.S. economy today is far from ‘okay’.

As I’ve written about – corporations and consumers are up to their neck in debt. And the housing market is especially weakening since 2018 began.

Sure – the recent quarter’s GDP (growth domestic product – the preferred measure of growth for economists) came in at 4.1% – which is pretty high. But three-fourths of that was from debt fueled consumption (not healthy in the long-term) and increased exports.

The increased exports are important for two reasons. . .

1. The dollar’s still down significantly since January 2017 – which has boosted exports

Therefore – last quarters artificially high GDP numbers won’t last. And it will be much lower in the coming quarters.

Unfortunately – the PhD’s sitting around the Fed’s table don’t acknowledge this. At least publicly they won’t.

They go on extending their growth assumptions, give bullish speeches to universities and banks, and continue tightening. In fact, the Fed Chairman – Jerome Powell – increased the amount of rate hikes projected for 2019. He thinks the economy is healthy enough to raise rates even faster.

As usual – the Fed’s holding their breath and hoping for the best.

But a lot of 2018’s artificially boosted growth has already started to reverse. . .

Did you know that over the last decade, annualized real U.S. GDP growth over 4% happened four times. All of which were followed by zero-to-negative growth in the next few months?

The growth today doesn’t promise growth in the future. As I’ve written about in a past ‘Palisade Weekly Letter’ – by the time we get the data that shows we’re in a recession, it’s already been ongoing for many months.

GDP is like looking into the past. We could be in a near-recession now but won’t find out until early-to-mid 2019. . .

With the Fed increasing their tightening efforts alongside a weakening economy – this will push things into a recession.

Many forget that most usually every time the Fed has tightened, there’s some sort of financial crisis.

Hence the boom-bust cycle. There’s more to it – but that’s the gist: rate cuts spur the good years and form bubbles, and raising rates pops them.

That’s why using our Macro-Fragility Index – my team and I see opportunity betting against the oversold gold market and the Fed’s aggressive tightening. . .

We believe that the recent Q2 growth surge won’t last. Especially since the growth was absent from the European Union’s last quarter. This shows us that there are many large economies in world that are still suffering. And still can’t get real sustained growth going.

China – the world’s second largest economy – has revealed with their recent PMI and growth reports that they’re also slowing down.

The impact of both the Eurozone and China – as well as the collapsing Emerging Markets – slowing down will greatly affect growth going forward.

This is all before the huge tariffs that Trump has levied against China – and theirs against the U.S. – have even kicked in.

That’s why you need to break from the Fed’s and mainstream’s view that recent U.S. GDP will carry on. Things will actually slow from here on for the rest of the year – and even into 2019.

We have already seen President Trump tweet about the Fed and how he wishes monetary policy was (low interest rates and a weaker dollar). During the next slowdown, will the Fed be able to resist the President’s call to action?

By the end of 2018 – the global slowdown will become clear. Even to the Fed.

Because of this – the they will pause their tightening – and shock markets.

This will push gold prices higher. Much higher.

All these record Hedge Fund’s shorting gold will quickly buyback to close their positions – before they get ‘squeezed’ out.

So – how am I playing this?

Some of you may remember the strategy I wrote about with betting against Turkey and their currency – the Lira – back in March.

If not – read it here. Our Put options reaped a 375% return in only a matter of months.

The play here is to buy out-of-the-money Call Options on the SPDR Gold Shares (NYSE:GLD)

The GLD is the most popular – and the largest – gold ETF.

It has over $30 billion in assets. And it has a very liquid option market.

Each SPDR Gold Share tracks the price of 1/10th a gold ounce. Thus if you have 10 GLD shares, it’s equal to one ounce gold.

And with the gold price down over 11% since January 2018 – the price of the GLD has followed.

This gives us a great opportunity to ‘buy low’ while it lasts and lock in future upside with Call options.

For what I outlined in this edition – I wouldn’t buy longer than 6-12 month call options. I think the December 31, 2018 options are good for this situation.

How I see it – we have three ways to make out-sized returns betting on gold:

1. The coming months will show that the most recent high U.S. GDP numbers were temporary – and there’s going to be much slower growth ahead. This will trigger the Fed to pause their tightening – which will be bullish for gold.

2. The trade war keeps evolving into a currency war. And President Trump will continue tweeting about the ‘overvalued’ dollar. This will put pressure on the Fed and dollar bulls since the President wants a cheaper dollar to boost exports, dissuade imports, and retaliate against currency manipulators – like China.

As foreign currencies decline – which will push the dollar higher – expect Trump to pressure the Fed’s hand into cheapening the dollar. And a cheaper dollar is exceptionally good for gold.

3. All these record gold shorts will start buying-back to close their short positions. This increased demand will push the price higher, which will force more shorts to close out as losses mount.

This usually always happens after something is shorted so heavily – it’s known as the ‘dead cat bounce’.

What I mean by this is: the downside’s limited but the upside potential is huge.

Here are the two outcomes. . .

The Minimum downside/risk: the price of gold doesn’t budge, and I hold my Call options until they expire worthless (you can always sell to get some of your capital back). And all that I lose is the upfront premium I paid to own the options. . .

The Upside potential: The gold price rises sharply – and the GLD Call options will significantly increase. I then sell at a large profit.

The beauty of this strategy is that I already know the ‘worst case scenario’ and risks before I buy. I can’t lose more than the cost of the premiums.

And with the market so bearish against gold – and believing the Fed’s optimistic growth outlook – the GLD Call option premiums are pretty cheap.

This is what Michael Berry and company did in the 2015 movie The Big Short. Since the market didn’t expect the housing market to collapse, he was able to get default insurance for pennies on the dollar.

What we learned from that is: just because the market doesn’t care about something today doesn’t mean they won’t tomorrow.

Remember how Goldman Sachs wanted to buy the very insurance they sold him back, but at huge premiums? That’s what I’m doing here – I’m going to sell these GLD Call options back to the market for much more in a few months.

And if things don’t work out how I expect – all I’ll lose is the small upfront premium. Nothing more.

Our readers know how important asymmetry and optionality is to my philosophy. Not only for portfolio hedging, but too make out-sized returns.

I believe that speculators and contrarians need to take advantage of the oversold gold market today.

And this strategy above is the best way to do just that. . .

My team and I have had our Macro-Fragility Indicator alerting us lately of fragile economies, currencies, and markets that are highly susceptible to minor tremors that can send them crashing down.