ValueWalk
Home Technology Is The World Cup Worth It? 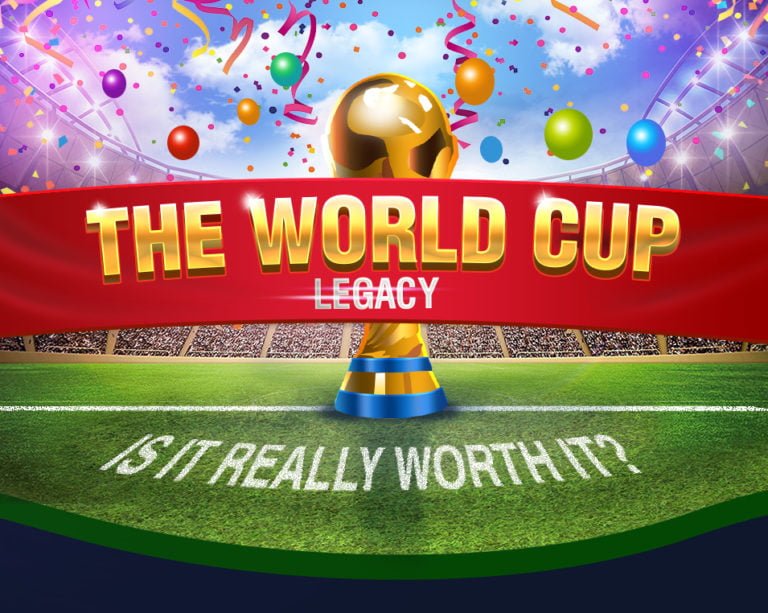 When applying to host a World Cup, countries have to compete against other nations in a year long bidding process in which the winner gets to hold the biggest sporting event on Earth.

Many of the presentations and plans submitted by these would-be host nations talk about something more than just hosting a month-long festival of football. With any major sporting event, a lot is said about the legacy. What’s left behind once everyone goes home? This is especially true for the World Cup. The nation that hosts the World Cup often builds new infrastructure in form of new and refurbished stadiums, roads and accommodation. 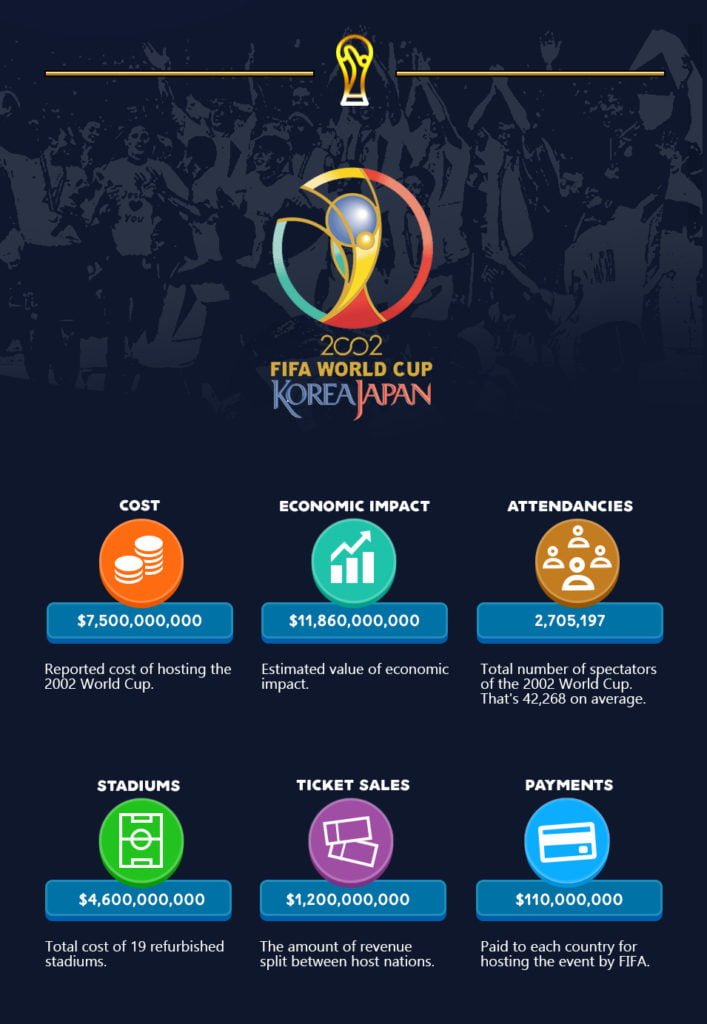 A World Cup is said to leave permanent benefits for the host nation, in terms of job creation, increased participation in football and public facilities. But does this really happen? Moneypod have analysed some of the key economic outcomes from the previous four World Cups to find out if they were they really worth it. 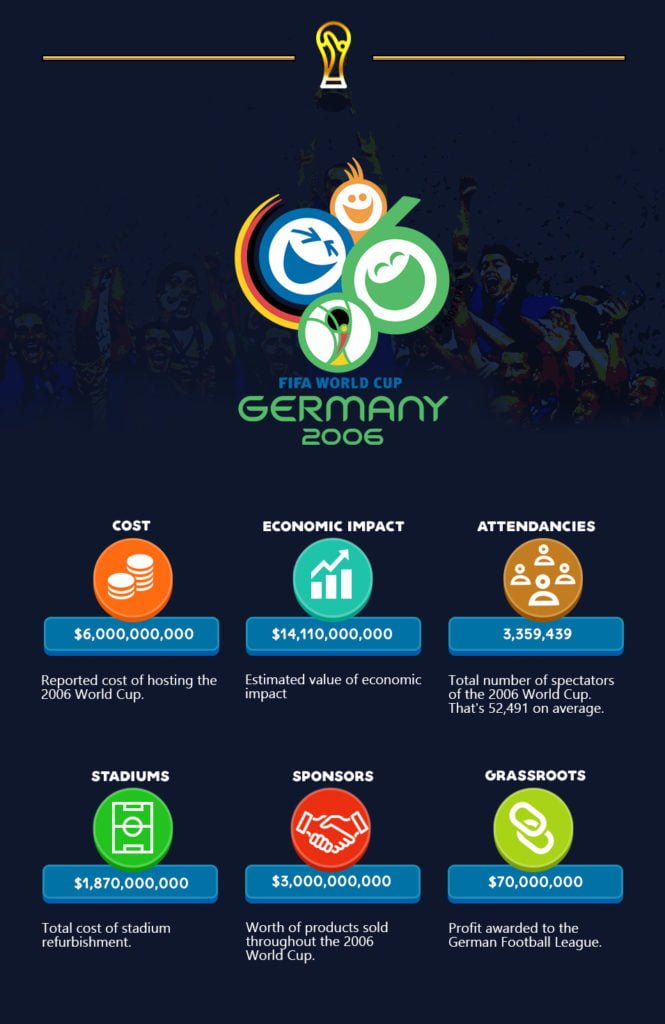 The 2002 World Cup, hosted by South Korea and Japan was hailed as a success for its smooth operations and excellent football, but what effect did this have on both of the host countries? Tourism to Japan increased after the tournament. The Japanese public opinion of South Korea reached an all-time high, helping to heal long standing issues between both countries, stemming from WW2. 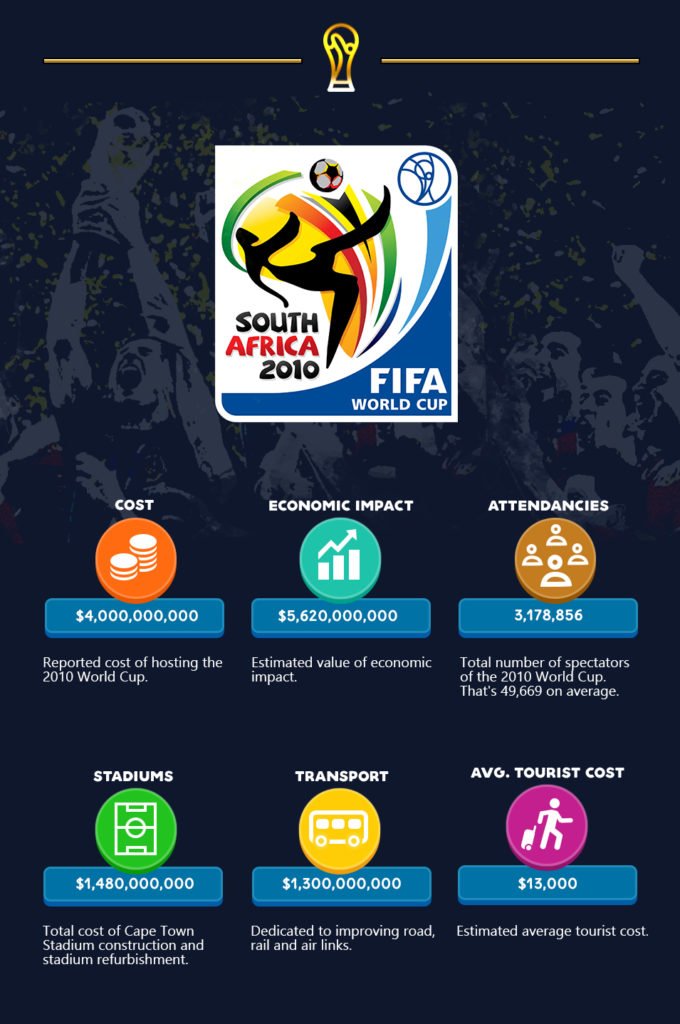 The 2006 World Cup in Germany was widely praised as a tremendous success for the nation. According to the German government, tourism revenue increased by around $400m during the tournament, helping to boost the Germany economy. Also, a staggering 500,000 new jobs were created in the lead up to the tournament. The city of Cologne reported that their visitor numbers after the World Cup increased by between 7& and 10%. 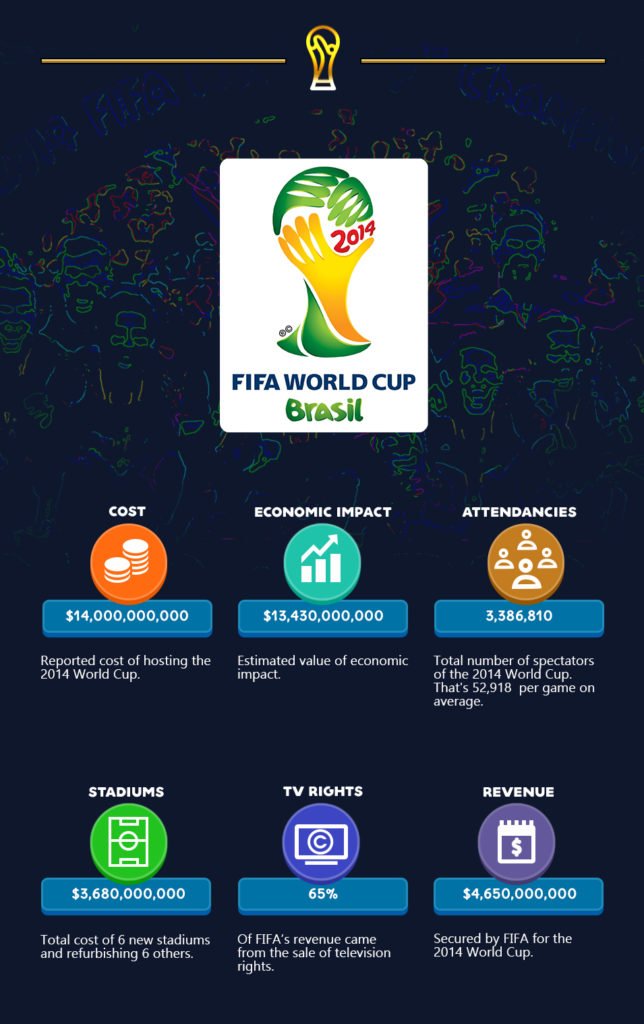 South Africa spend around $4bn on the 2010 World Cup, investing the money in six new state of the art stadiums and upgrading infrastructure such as roads and airports. FIFA generated a staggering $3.36bn from the event and awarded South Africa with $100m to fund grassroots projects around the country. Unfortunately, the South Africa World Cup has done nothing to improve the fortunes of the nation’s national team. The estimated average cost of a tourist attending South Africa for the World Cup is estimated to be $13,000.

Widely criticised for leaving Brazil with several expensive but dormant stadiums, the 2014 World Cup is one that divides opinion. Brazil exited the tournament in a humiliating 7-1 defeat to Germany in the Semi Final, leaving the Selecao’s dream of winning the World Cup on home soil in tatters. Despite initial concerns, the 12 World Cup stadiums were ready on time for the opening ceremony to begin. However, now lies several near-abandoned stadiums which struggle to host any football at all. The most expensive stadium, adding up to a total cost of $550m, is located in Brasilia and is being used as a parking space for buses.

Discover more about the financial impact of the World Cup in Moneypod’s helpful guide.