ValueWalk
Home Business China’s Launching A Covert FX War And The Markets Should Be Very... 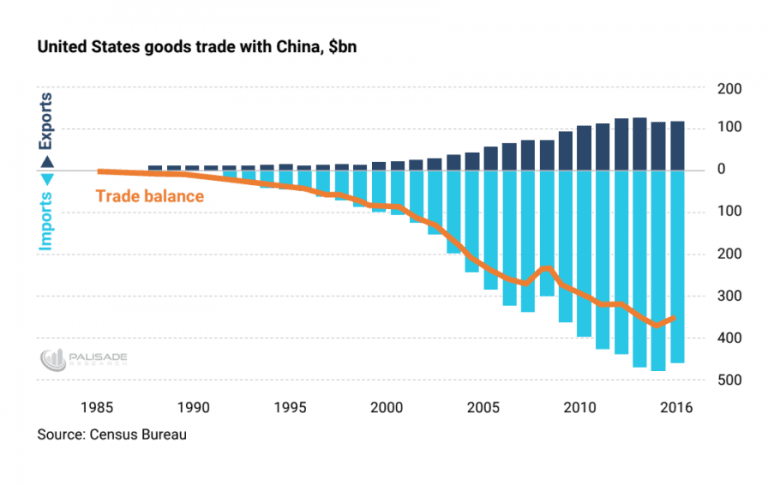 As the trade war steadily evolves into a covert currency war – I want to make sure readers know what all this means. And why China will continue devaluing their currency – whether they admit it or not.

First off – a currency war is when countries try to steal growth from each other by manipulating their currencies so that they get an unfair trade advantage.

The theory is if a country devalues their own currency – generally by lowering interest rates and printing money – then their domestic goods become cheaper for other countries to import. Or otherwise said – boost their exports.

Some may remember when Japan’s prime minister, Shinzo Abe, drastically campaigned for revitalizing Japans economy by printing trillions of yen. This is what he was trying to carry out.

Economist and author Jim Rickards wrote about this in his eye-opening book – Currency Wars (2011).

Now – imagine next year the European Central Bank (ECB) decides that the European Union (EU) needs more growth. So, they decide to use currency manipulation methods to increase exports – which translates into increased growth.

They slash rates and announce a round of Quantitative Easing (QE) – fancy word for money printing – and the euro falls in value against the dollar to $1.10.

Or otherwise said, the BMW is 27% cheaper and therefore much more attractive to the United States consumer. . .

Instead of U.S. citizens purchasing a Ford or Honda – they will see the cheaper BMW.

Thus the German economy was able to make a sale at the cost of the United States’ growth.

It’s easy to see the allure of devaluing a currency. It’s a fast way to subsidize the export sector of the economy and create domestic inflation – curbing imports.

Because the U.S. will catch on and begin retaliating by cheapening the dollar even lower to steal growth back.

I wrote earlier this week that even though China’s publicly denying the use of currency manipulation tactics – they are ‘covertly’engaging in a currency war.

And will continue to cheapen the Yuan further. . .

The reason? Because China only imports roughly $150 billion from the United States.

That’s roughly one-third what the U.S. imports from China. Therefore, they’re at an asymmetric disadvantage – Trump can continue placing tariffs against Chinese goods – while China runs out of U.S. imports to tax.

This is why China will continue stealthily devaluing the Yuan to soften the blow. . .

For instance – if the U.S. places 20% tariffs on all Chinese goods – China simply must devalue the Yuan by 20%. This would offset the increased costs from the tariffs – keeping the price for U.S. consumers unchanged. Basically rendering the imposed tariff worthless.

But – there’s a nasty side effect from this cheaper Yuan. It would mean China’s exporting their deflation to the U.S. . .

What I mean by this is if the Chinese devalue their Yuan – it pushes export prices down. And since the U.S. imports so many goods from China – roughly $500 billion – this would push down import prices. And although cheaper prices are great for consumers – it will put pressure on the Federal Reserve’s inflation mandate.

The importing of Chinese deflation affecting U.S. monetary policy is just one example of the unintended consequence from a currency war.

It’s clear that with all this – China can’t afford to fight a trade war with the U.S. Thus they will try to win the currency war instead.

That’s why you need to keep an eye on the Yuan. So far China is covertly devaluing it. But soon they won’t be able to hide or deny it.

China still has some ‘financial warfare’ options – but once they publicly announce a sharp-devaluation – which will most likely happen by year-end – the unintended consequences will be felt throughout the world.

So – while the mainstream media clamors on about the trade war – be aware that the currency war is where the real action will be.