Bill Miller is a legendary mutual fund manager who ran the Legg Mason Value Trust from 1982 to 2012. He’s most well known for beating the S&P 500 index for 15 years in a row from 1990 to 2005. A feat that is probably never going to be repeated by any other fund manager given the difficulty to outperform an index for such a long period of time. Miller is not a traditional value investor, which makes studying his investment approach worthwhile. One of Miller’s key investment tenets is that cash flow generation is more important than traditional accounting profitability.

In general, high-quality businesses generate cash and bad ones don’t. One metric that we use at Ashva Capital is free cash flow conversion. We measure what portion of after-tax profits is being converted into free cash flow. This metric matters because free cash flow allows management to pay dividends, make acquisitions, reinvest in the business and pay down debt. Simply put, companies generating ample cash flow can’t go bankrupt.

Conversely, negative free cash flow is a sign that a company is struggling. Adani Power is a good example of a company that fails to generate significant positive cash flow. From FY10 to FY17 the company has reported a cumulative net loss after tax of INR (8,628) crore (cr). For my non-Indian readers, a crore denotes 10 million in the Indian numbering system. The vast majority of Indian companies still report their results in terms of crores. Getting back to Adani Power, the company generated negative FCF (measured as Cash flow from Operations less Capex) of INR (34,198) cr over the past 7 years. The company spent a cumulative INR 58,788 cr on capex. Given that the company was generating losses, where did the money come from to fund the capex? The answer lies on the balance sheet. Total debt ballooned from INR 10,586 cr in FY10 to INR 52,484 cr in FY17. Given the company’s inability to generate free cash flow and its high level of indebtedness it’s no surprise that the stock has significantly underperformed the Nifty Index over the past few years.

By taking Bill Miller's advice and focusing on free cash flow you can avoid a lot of bad companies. Obviously, cash flow generation isn’t the only criteria for determining whether a business is high-quality but it’s a good place to start. 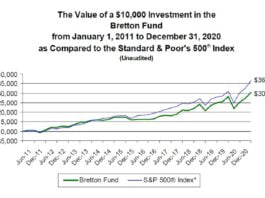