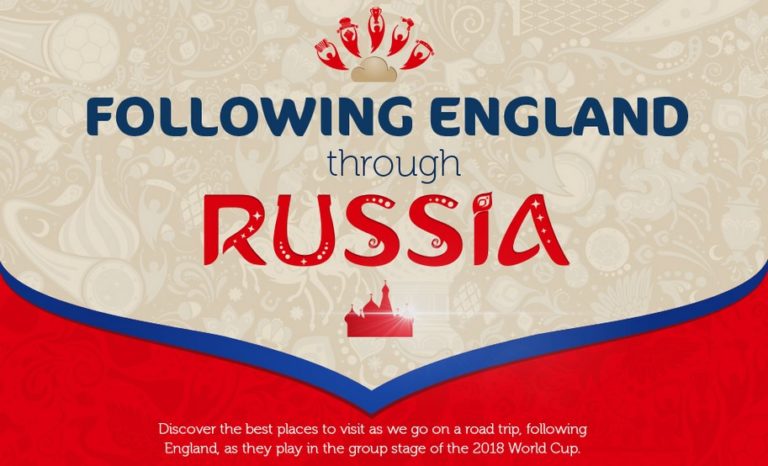 If you’re thinking of following England around in Russia while they play in the group stages of the World Cup 2018, we thought it would be the perfect time to find out some of best places to visit in the cities you’ll be finding yourself in, including landmarks and somewhere to catch a bite or have a drink, now that the Russian World Cup in finally underway.

We’ll start by looking at the small town of Repino where the England training base camp is located. However, due to Repino being a relatively small town, there’s not that much to shout and scream about here, apart for obviously going to check out England while they prepare for the world cup 2018. As a result, we thought we’d take you on a mini road trip that’ll only take you an hour away from where you’re staying at Repino. Where are we taking you? After your short journey you’ll be in the heart of one of the biggest cities in Russia, Saint Petersburg, where you’ll find a plethora of landmarks, restaurants and bars suitable for whatever taste you may have.

The next stop will be Volgograd where England will play Tunisia in their first game of the 2018 World Cup. Here you’ll be able to see one of the biggest statues in the world, the ‘Motherland Calls’.

Then it’s on to England’s game with Panama that takes place in Nizhny Novgogrod, which is one of Russia’s most traditional cities that even has its own Kremlin.

For England’s final and most important game against Belguim we head to a place called Kaliningrad. To get there you’ll need to travel through several countries to get back onto Russian soil. It’s one hell of a road trip!

So if you are travelling around following the three lions, this helpful guide from Select Car Leasing will give you a starting point on what to see and do in your spare time.