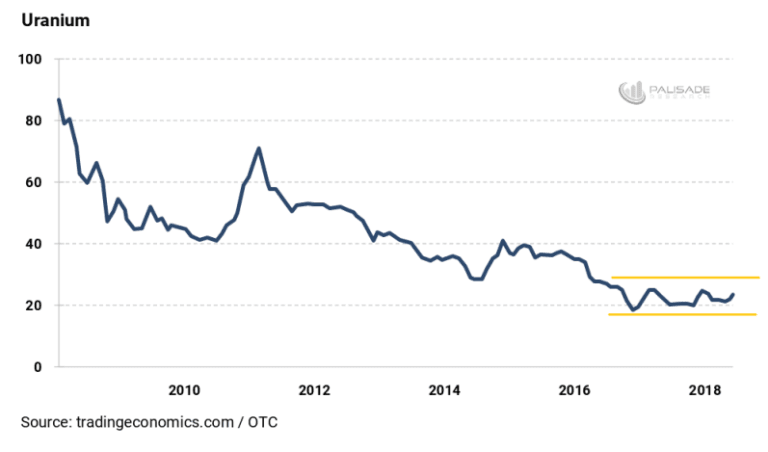 I heard Rick Rule – the famed resource investor – say these words once. And it made a huge impact in my investing life.

What this simple sentence meant to me was that you must be skeptical of what the crowd is doing. And above all, never follow the crowd into stocks.

Being contrarian is about doing your own thorough research, and not being afraid to look at things the crowd won’t. Or asking the questions that many don’t want to ask.

But what it really means is having the courage to buy when everyone else is afraid. . .

The fear and misunderstanding in this sector over last seven years has created a huge opportunity in the uranium market today.

What we’re seeing is the death of the bear market as prices have bottomed out and beginning to sharply recover. It’s the time to do your portfolio a favor and add uranium positions to it.

There are three reasons we’ve been calling for a uranium bull market this year. . .

First – after seven long painful years in the uranium sector – things have finally hit the bottom. Looking at the last three-years of commodity price performances – uranium was dead last with prices down 34%. 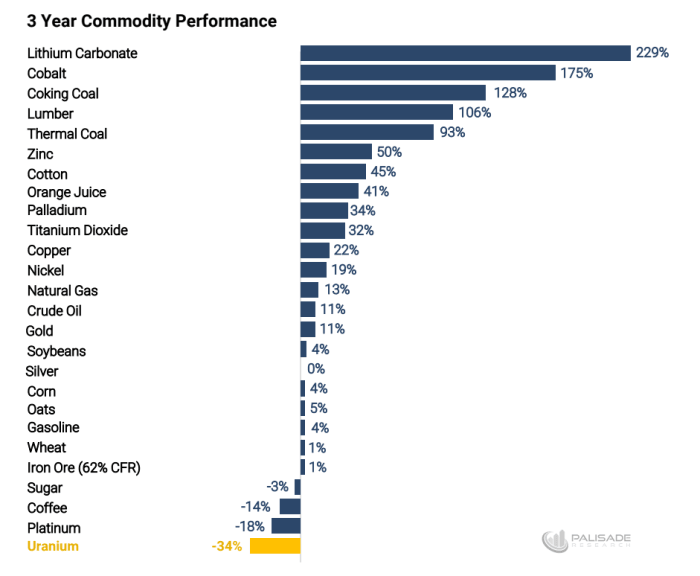 But since 2018 began – uranium has done very well with prices up almost 20% since April alone. 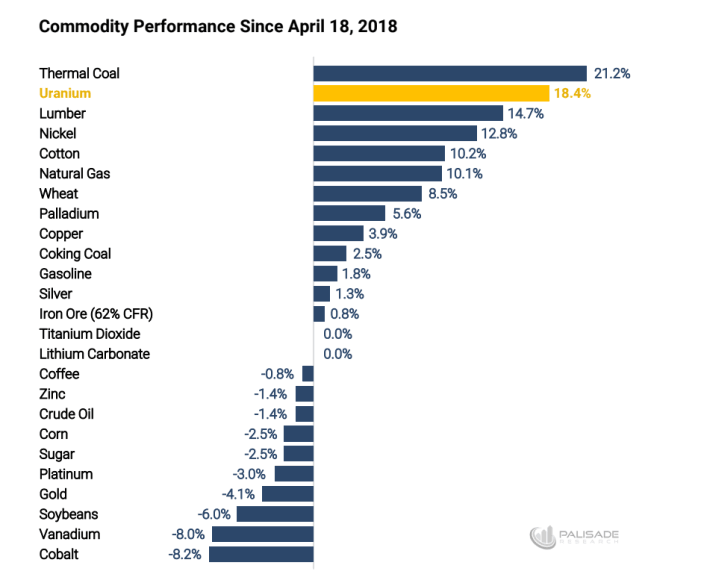 This rapid price increase is a great sign that after years of supply gluts being worked through and falling prices worldwide killing uranium production – the cycle is finally turning.

Not too mention there’s been an ongoing bull-market for commodity prices in general. And uranium has lagged the rest over the last three years. I expect uranium will continue outperforming as prices catch up to the pack.

Second – bull markets kick off for two reasons: either demand is soaring and supplies can’t keep up. Or supplies are disappearingwhile demand simply stays flat – this is known as ‘supply destruction’ and it’s how the best bull markets are born.

That’s because building mines and exploring for new resources is extremely costly and takes many years to get from discovery-to-production.

The point is; when mines shut down and there’s no ongoing exploration for new deposits – that’s creating future supply deficits.

This is exactly what’s gone on in the uranium sector for the last seven years. But here are just the most recent examples of significant ‘supply destruction’. . .

In late January 2017, I wrote an article discussing how the largest producing country of uranium – Kazakhstan – announced that they’re slashing annual mine output by 20% (this is following the already 10% cut backs from December 2016).

Cameco Corp – one of the largest uranium producers – followed suit and shut down their McArthur-River mine. That mine aloneproduces 12% of the world’s annual output.

A great contrarian indicator in the resource sector is when top producers finally give in to the bear market and slash output and temporarily shut down operating mines. They would rather keep their finite resources in the ground instead of mining it at a huge loss.

Third – there’s a company, Uranium Participation Corp, that simply purchases physical uranium and stores it in a warehouse for eventual re-sale once prices are much higher.

Since they store their physical assets in warehouses – they report their liquidation value (how much they would get if they were forced to sell all their uranium today). This is also known as the Net Asset Value – NAV.

Today, investors are paying a 9% premium to own shares of Uranium Participation Corp. This indicates strong optimism from the market – the need to pay a premium to get their hands-on uranium.

These three reasons have solidified our view that there’s a uranium bull market in the very early stages. Right now, it’s in the inflection point that we like to call a ‘generational play’, because these types of opportunities take years to come about.

Looking at where we are in the commodity cycle – this is the time to invest. 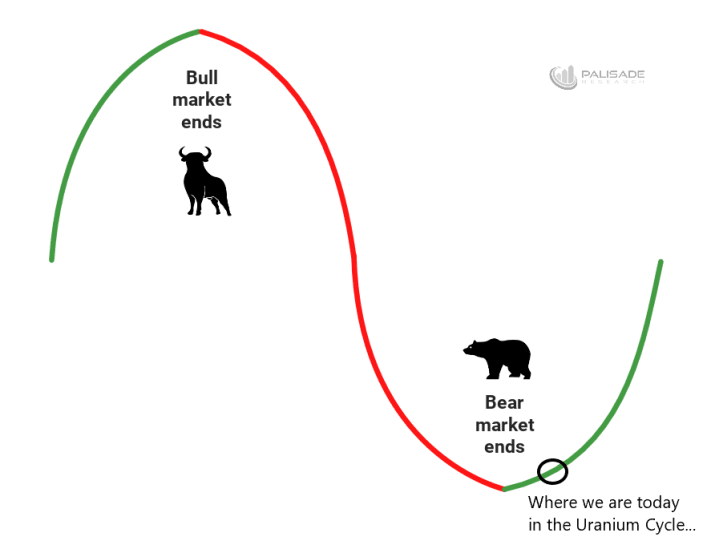 The beauty of buying at this point in the cycle is, we don’t have to be precisely correct – we just have to be generally correct. . .

What I mean is: since uranium prices are still very low, and uranium producers are even lower – there isn’t much downside risk from here.

As detailed above, with the two largest uranium producers in the world cutting back uranium output – this means there’s a price floor.

This situation gives us an asymmetric opportunity (low risk – high reward) in uranium and the uranium mining companies.

Soon going long uranium won’t be contrarian anymore. But there’ still time before the mainstream catches on.