ValueWalk
Home Info-Graphs London Has Highest Start-up Rate But Plenty Of Upcoming Cities In The...

It may come as little or no surprise that London has the highest startup rate in the country, but a new study has revealed there’s plenty of cities that are giving London a run for its money, boasting superior growth and plenty of other incentives for entrepreneurs.

If you are a budding entrepreneur, it is easy to assume that London is the place to be. In fact, one fifth of the UK’s tech businesses have their headquarters in inner London. But while London does have that buzz about it, there are plenty of other places to consider starting a business.

Outside of London, where the startup rate is 91 per 10,000 population, Slough is attracting new business at a faster rate than anywhere else in the UK, with a rate of 83 startups per 10,000 population. This could be down to the fact that Slough has one of the country’s oldest and largest trading estates, and is home to major automotive and technology companies such as Ferrari, and O2. This is likely to have sparked the creation of a number of connected firms to service these large corporates.

Slough was also recently crowned the best place to live and work in. A survey by job site Glassdoor found the Berkshire town, located on the M4 tech hub corridor, came first for work, the cost of living and employee satisfaction. Glassdoor’s research also showed Slough’s offered a good quality of life with median salaries of £35,000 per year, almost 26,400 job openings available at last count and the average house costing £390,000.

Milton Keynes follows closely in 3rd place, with a startup rate of 81 per 10,000 population. Close to the capital but with more affordable living costs and a wealth of support for new businesses, it’s easy to see why Milton Keynes is a popular place to start a business. Several companies have based their UK headquarters here, including Argos, and Domino’s Pizza, and it is now home to a growing cluster of tech businesses looking to locate in more affordable premises than in the centre of London.

Manchester ranks in fourth place, with 78 startups per 10,000 population. There’s a good business ecosystem in Manchester of smaller and larger companies, including Boohoo.com and Autotrader as well as startups and small businesses. It also ranked in second place for the best place to live and work according to Glassdoor. It’s the second fastest growing growing economy in the UK (behind London) with a workforce of 1.4 million.

Northampton has the fifth highest startup rate in the UK, with 74 startups per 10,000 population. Not only is Northampton within an hour of both London and Birmingham, which no doubt tempts budding entrepreneurs, but it has also been helped by the fact that the town has implemented a programme of actively supporting local businesses.

However some places in the UK offer a brighter business future than others. Want to know where your city ranks? You can view the full startup index here. 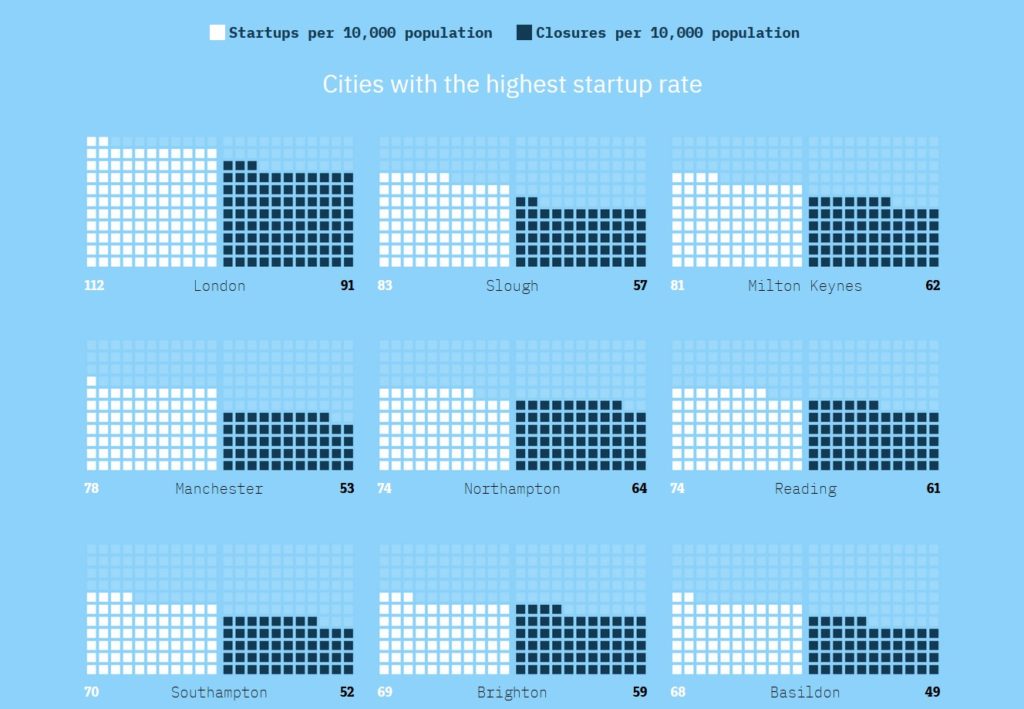 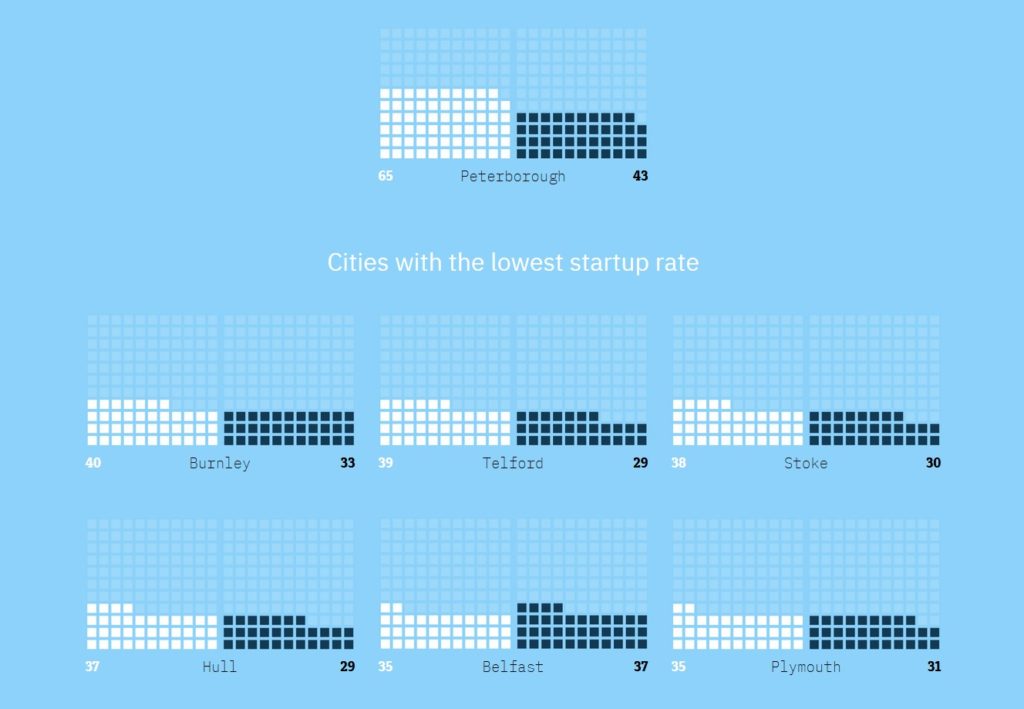 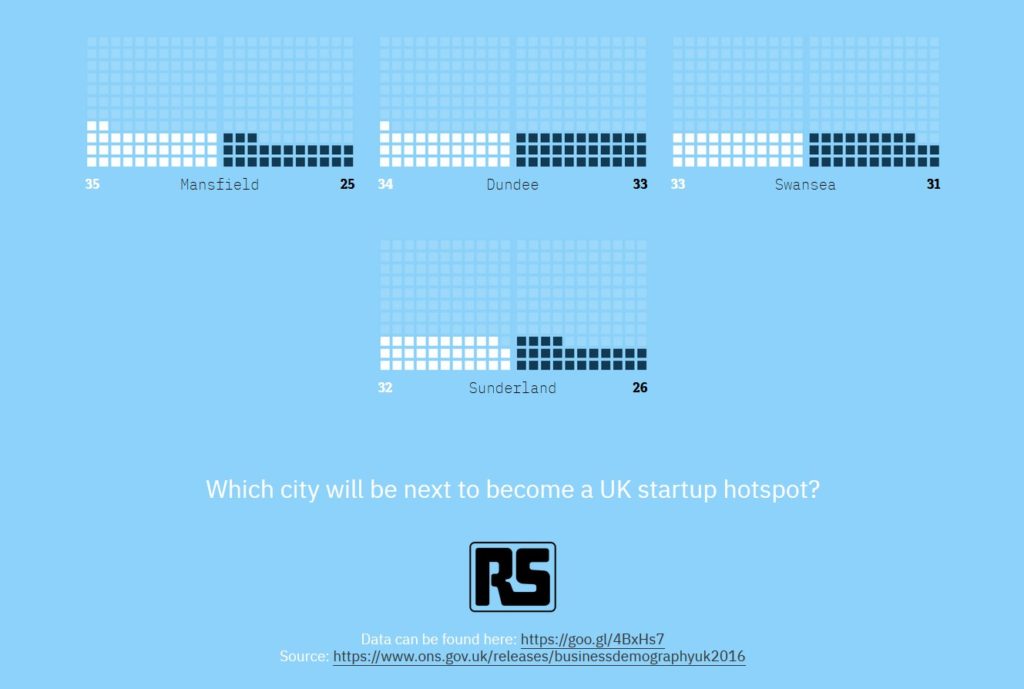