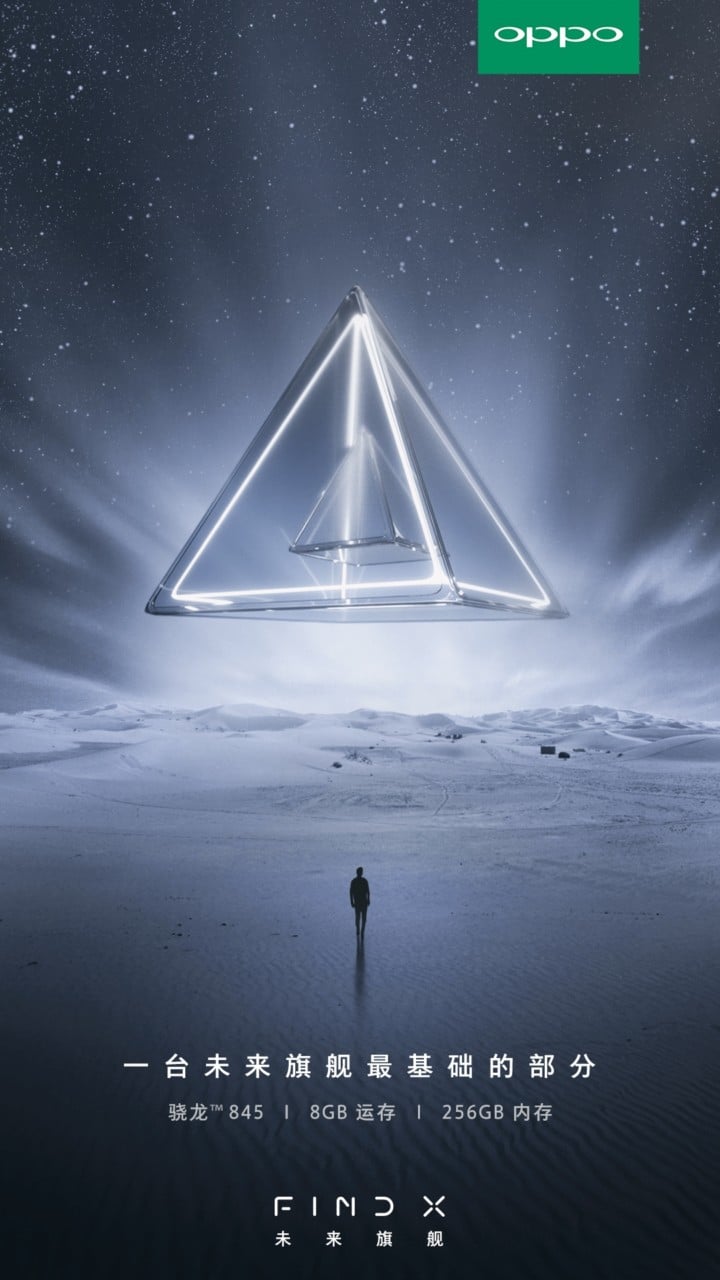 The OPPO Find X is coming soon, and the rumored features and specifications of the upcoming phone suggest it will be a very competitive handset.

OPPO as a company does not have as much of a presence outside of China as companies like Huawei, but it has a reputation for making some top-notch phones that are well-loved by those who are willing to take a chance on a slightly less established brand.

The last time that OPPO launched a phone was back in 2014, so it seems as if they are eschewing the usual “one flagship phone a year” schedule we tend to see from the majority of manufacturers. Fans of the brand have waited quite a long time for the OPPO Find X, and it appears as if the wait is almost over with a launch later this month.

With high-end specifications and some impressive new features, it will be a force to be reckoned with when it finally hits the market.

Until now, all we really had to go off of as far as specifications were some reliable rumors, leaks, and educated guesses. With the listing on the TENAA body as well as some recent information from the company themselves, however, we have a much better sense of what we’ll see with the OPPO Find X – and we’ll know much more about the phone when it makes its debut later this month.

It’s expected that the OPPO Find X will ship with the Snapdragon 845 processor — Qualcomm’s high-tech chip that is present in the majority of high-end flagships. We know some more information due to the phone’s listing by China’s TENAA body as well. The phone will be powered by a 2.8 GHz octa-core processor, and the Chinese manufacturer released an official poster earlier today that confirm some key specifications of the phone.

The poster, included blow, does confirm that the Snapdragon 845 chip will be accompanied by 8GB Of RAM on the OPPO Find X. The storage is also quite surprising, shipping with a massive 256GB of internal memory — giving users plenty of room for pictures and apps without the need for additional storage expansion. For those would like to save a little money by passing up on the huge amount of storage, a 128GB option will reportedly be available as well.

Speaking of pictures, the TENAA listing also revealed some key information about the camera that will be featured on the OPPO Find X. We’ll see a 16-megapixel and 20 megapixel sensor for the camera on the rear of the phone, as well as an impressive 25-megapixel front-facing camera.

Other information revealed are the fact that the OPPO Find X will feature a 6.4-inch OLED display, run on Android 8.1 Oreo, and be powered by a 3645mAh battery.

The display is expected to feature a notch and curved edges, and the cameras on the device will apparently carry support for 4x lossless zoom. The battery, while already pretty sizable on its own, will also be able to top up a charge pretty quickly with a support for Super VOOC fast charging.

Most notable about the features is the rumored 3D structured light module that will allow for 3D facial recognition. While the iPhone X was one of the first phones to reliably implement this feature with the introduction of FaceID, we should expect the technology to become more and more commonplace as Android manufacturers figure out their own take on the feature such as we’ve seen with the OPPO Find X.

With the last phone having released in 2014, fans of the company have been waiting quite a long time. Fortunately, the wait will be over on June 19th when the phone launches at 8:45 PM (GMT+2) at an event at The Louvre in Paris, France.