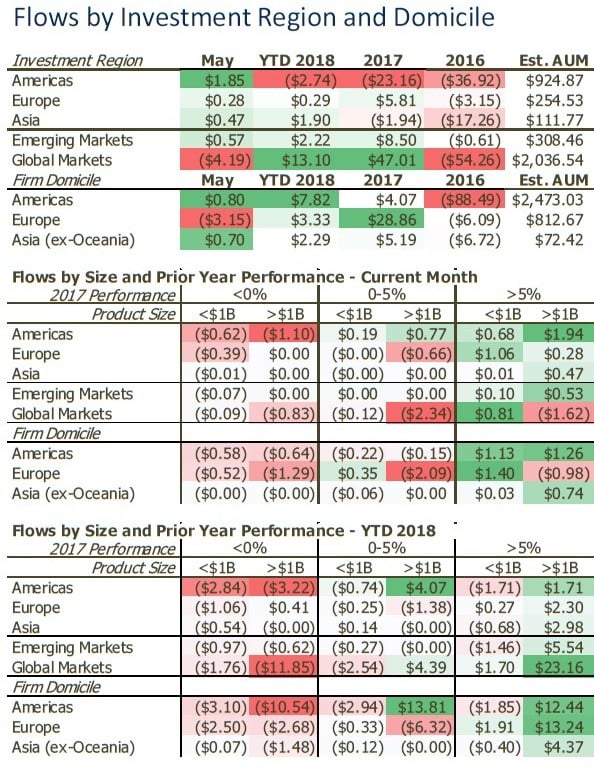 For a second consecutive month, net flows for hedge funds were near flat, but with noticeably different underlying themes than in prior months of 2018. While most of the year had been defined by larger allocations to a targeted group of strategies and funds, in the last two months we’ve seen this trend reverse. Some elevated losses within managed futures strategies, and a string of declines for macro managers, have resulted in some investors removing capital. The outlook between the two, however, is quite different.

Despite the visible negativity, there are still many products gaining assets, and segments broadly performing well. As mentioned in prior months, the strong should survive and prosper for the greater long- term health of the pack, and this appears to be exactly what is happening in 2018.

Macro & Managed Futures Had Elevated Outflows in May

Investor flows accounted for a net outflow of an estimated $1.59 billion from hedge funds in May. The net level of redemption in May was light, but there were some meaningful themes at the strategy level. For the year, investors have allocated an estimated net $12.51 billion into the industry.

Allocations Continued to Emerging Markets in May, to the Benefit of a Broader Group of Products than in April