Google is going to unveil its 2018 flagship smartphones in October. Thanks to a plethora of leaks in the last few weeks, we already have a fair idea of what the devices will look like. The search engine giant will reportedly launch three phones this October – a Pixel 3, a Pixel 3 XL, and a budget-friendly device for emerging markets. Nearly four months ahead of its official unveiling, a Google Pixel 3 XL prototype has appeared on XDA Forums.

The Google Pixel 3 XL prototype images offer us the first look at what could possibly be the final design of Google’s flagship device. They show the device from both front and back. The pictures were shared by XDA Senior Member meraz9000, but the contributor didn’t reveal how they obtained the images. The bootloader information shows the handset is code-named ‘crosshatch,’ which lines up with the search engine giant’s naming scheme. Google usually code-names its phones after marine creatures.

The pictures confirm that the Pixel 3 XL would have a display notch at the top and a chin at the bottom. It corroborates with a Pixel 3 screen protector leaked a few days ago. Pictures of the leaked screen protector also pointed to the notch and the chin. Google has added native support for the notch in Android P to ensure a smooth user experience. Users who don’t like the notch should be able to hide it via software. 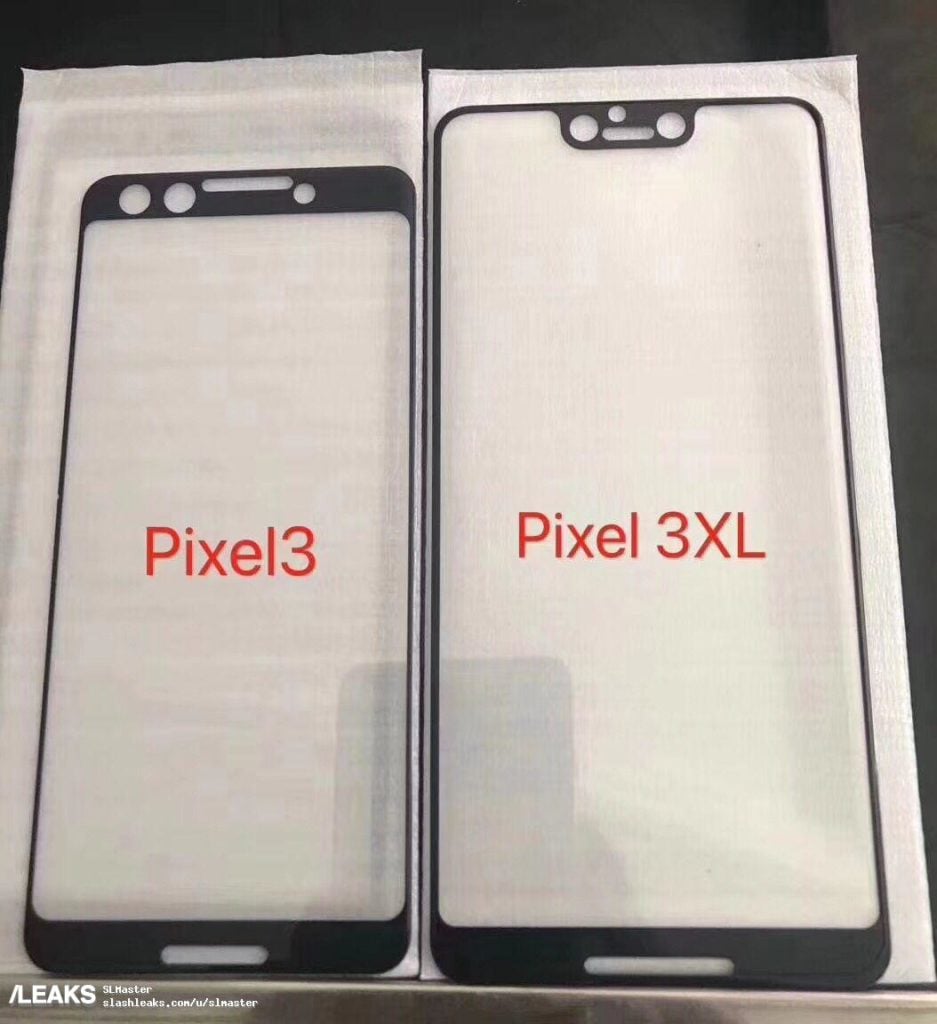 Unlike iPhone X, the Pixel 3 XL would retain bezels at the bottom to offer dual front-facing speakers. The Google Pixel 3 XL prototype also appears to have dual cameras on the front. Google could use the second camera on the front to take portrait selfies or support 3D facial recognition technology.

Surprisingly, it still has only a single camera lens on the back. The current Pixel phones take great photos even with a single camera thanks to the use of machine learning and AI. But most of Google’s rivals have moved to dual- or triple camera systems. Huawei’s P20 Pro with its triple rear camera is the world’s best camera phone. It would be interesting to see whether the Pixel 3 XL will be able to outperform the P20 Pro in photography with its single rear lens.

The power and volume buttons are on the right side of the phone. On the back panel, the camera, flash, and the fingerprint reader remain where they were on the Pixel 2. Google is rumored to source OLED panels from LG Display for its upcoming flagship phones. Even if this Google Pixel 3 XL prototype accurately depicts the phone, you should keep in mind that the phone is still about four months away, and Google could still tweak its design in the coming months.

Recently, code-names for the upcoming Pixel phones were spotted in the Android Open Source Project (AOSP). Three code names – albacore, blueline, and crosshatch were seen in different AOSP commits. The blueline name appeared in reference to testing of a “new spam API” for the phone dialer app. There are also several commits for the crosshatch.

According to XDA Forums, the Google Pixel 3 XL prototype packs only 4GB RAM and 128GB of internal storage. Google may also offer a 256GB storage variant, but it is unlikely to sell an 8GB RAM variant like many other Android vendors. The phone will likely be powered by Qualcomm’s Snapdragon 845 SoC, the same processor that runs the Galaxy S9, OnePlus 6, and a handful of other premium Android devices.

The device would run Android P out of the box. The new version of Android P will bring native support for the display notch. It will use machine learning to monitor your habits and adjust the display brightness for you. Android P will also use AI and machine learning for battery management, automatically shutting down apps in the background that you are unlikely to re-launch anytime soon. Digital Well Being will also be part of the package, offering insights into how much time you spend on your phone and within different apps. You will also be able to set a daily time limit for each app.

Recently, Bloomberg reported that Foxconn could assemble the Pixel 3 handsets for Google. The two companies are in advanced talks for assembling Pixel 3 devices. By getting a third party to assemble phones for it, Google will be able to control the entire process of design, development, and production. The previous generation Pixel handsets were designed in collaboration with LG or HTC. Google recently acquired part of HTC’s mobile business. The engineering talent obtained through the deal is deeply involved in the Pixel 3 development process.

Bloomberg added that Verizon would remain Google’s exclusive carrier partner for Pixel 3 devices in the US. If you want to try out the device, you have to visit a nearby Verizon Store. But you’ll also be able to buy the unlocked version of the phones directly from Google and through Project Fi.