ValueWalk
Home Technology Yanny Or Laurel: What’s The Right Answer To The Debate? 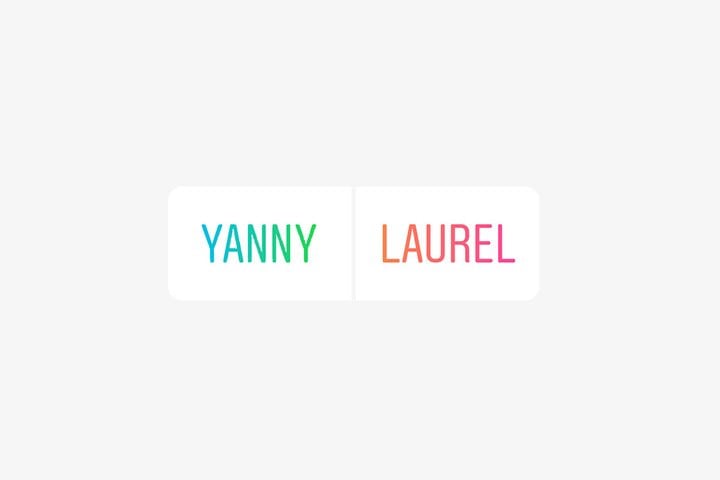 The origin of the Yanny or Laurel audio clip actually comes from a poor recording of a robotic iced pronunciation guide for the word “laurel” from vocabulary.com

There are multiple scientific explanations for the reason we hear the audio clip differently, most of them focused around the hearing range of individuals. While the majority of us having a similar range in what we can hear, it seems that some ears favor high or low frequencies which had changed what we hear from the Yanny or Laurel audio clip.

Also at work is the poor quality of the original recording as well as the frequency reproduction ranges of different types of speakers and headphones – essentially meaning that the quality and range of your listening device may have a large impact over whether you hear Yanny or Laurel.

Strangely enough, it seems as if whether one hears Yanny or Laurel depends on when they listen to it too, with multiple users from around the web reporting that their hearing of the phrase has differed each time they listen to the clip. It’s.a bizarre phenomenon resulting from an innocuous and low-quality pronunciation that draws attention to how hearing and recording works.

As for the origin of this phenomenon, the poll regarding the Yanny or Laurel audio clip was originally posted on Instagram, Reddit, and other sites by a collection of high school students who said that it had been recorded from the vocabulary site as mentioned above.

The clip is, indeed, a recording of the word “laurel” – stemming from the word for a wreath worn on the head, “usually a symbol of victory.”

As mentioned above, the recording of the word Laurel has lower audio frequencies and relatively faint higher frequencies. However, when you play it over speakers and re-record it, it introduces noise and exaggerates the higher frequencies – making the clip sound like Yanny to many users.

A good way in order to understand the dynamics at work is to look at a type of chart called a spectrogram, which is essentially a way that you can visualize the strength of different sound frequencies that vary over time.

Overall, it appears as if the Yanny or Laurel audio clip is laurel after all, but that doesn’t necessarily mean that the rest of us are hearing it wrong. It’s clear that the quality of the clip is very low and the mixing of frequencies makes it quite easy for someone to hear something different. With such a range of frequencies, it’s also possible for the sound to change for a person over the course of a day or two as well.

Hopefully the New York Times tool included above helps you understand the Yanny or Laurel clip a little better, and at the very least it will give you the chance to hear the same word that all your friends are hearing.