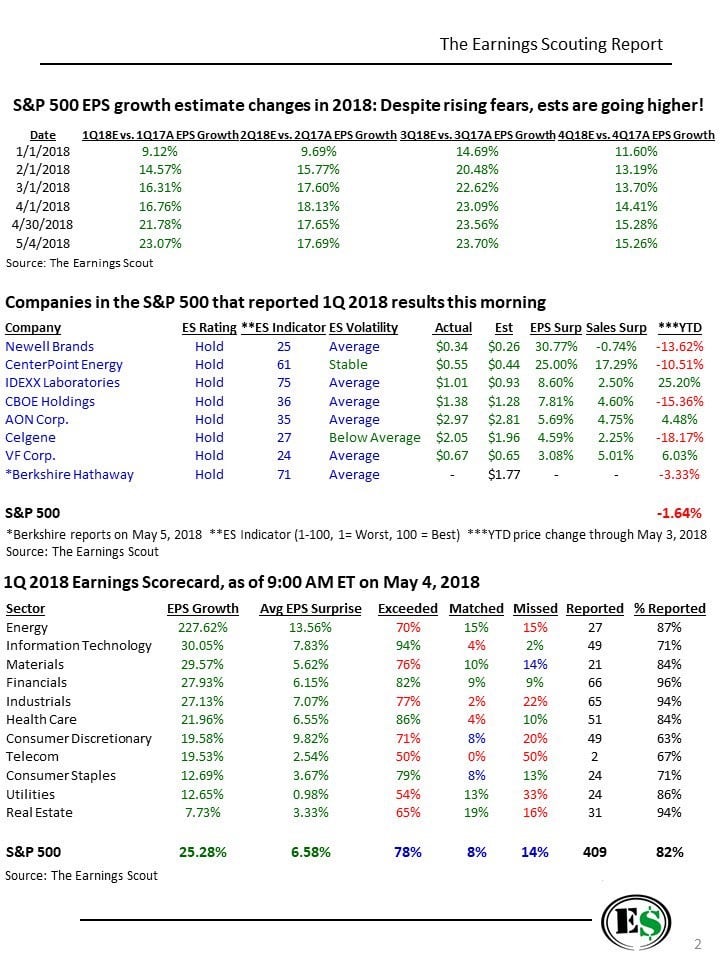 The S&P 500 is at a critical juncture as investors and traders will be determining if this is the start of another bear market, a prolonged holding period, or a correction which soon abates. We look to the fundamentals to drive our discussions because we think they drive markets in the long run. To be clear, the fundamentals can be monetary and fiscal policy, earnings, or the economy. That being said, there’s nothing wrong with adding some technical analysis to help decide where prices are headed. In fact, the technicals are what tell us the S&P 500 is at a critical level. Yes, we’re aware that technicians always have critical levels, but you can trust that these are critical since we rarely talk technicals.

The chart below shows the S&P 500 has been making lower highs since February. That allows technicians to draw a descending trend line. That’s the resistance the market faces. The 200 day moving average has acted as support for the market since the February correction low. It’s interesting to see how the volatility has changed relative to the market. The rising VIX combined with the rising market in January gave us a warning sign that the market might fall. Now we have a declining VIX along with a market that’s stuck at the low end of its range. If the pattern were to continue, stocks would soon rally. There should be a sharp move in the near term as the resistance and the support are converging, implying that either to the upside or the downside there will be increased volatility.

Earnings Growth Has Been Great

Heading into this earnings season, investors were hoping great results could end this S&P 500 correction. Part of the reason why we looked to the technicals is because great earnings reports haven’t moved the needle. There’s no question the great performance in 2017 was pricing in great 2018 earnings which were expected to be boosted by tax cuts. However, one has to wonder what results will move the market higher if these can’t. The heightened expectations were beat which is a positive.

The table below shows the results in all their glory.

The top part of the table shows the evolution of the earnings growth expectations for each quarter in 2018. As you can see, there has been sharp increases in expectations for each quarter. It seems likely that Q3 2018 will be the growth peak. There’s certainly room to wonder how good 2019 earnings growth will be considering the extremely tough comparisons they will be up against. However, if stocks don’t rally in 2018, there will be large earnings multiple compression. It’s worth wondering if stocks will ignore great current results because of fears of a less bright future or if the market will eventually rebound on these great results. There’s always going to be a point where growth slows, but that rarely stops good results in the moment from being priced in.

As we mentioned, earnings growth has been solid even as stocks have been restless. It makes you wonder if earnings results matter in the near term. The chart below reinforces the notion that earnings beats haven’t mattered. 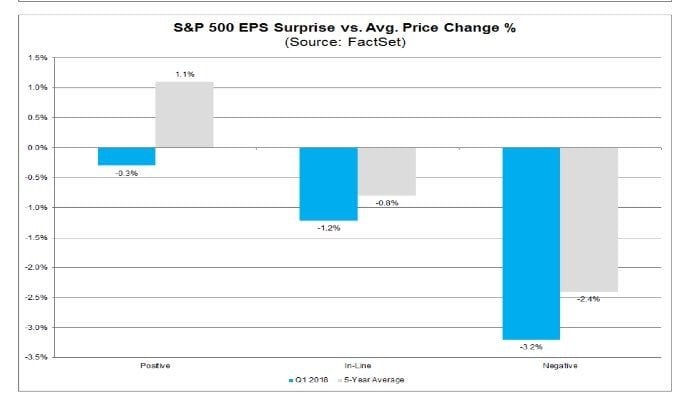 As you can see, the average price change from 2 days before the report to 2 days after the report shows earnings beats have led to a 0.3% decline instead of a 1.1% increase which is the 5 year average. The stocks meeting and missing results have also fell more than average. The beat portion of this chart is the most important because most firms beat results. It’s obviously important to figure out if stocks are actually selling off when bad results come out. This data needs to be examined further because it doesn’t make sense.

Another way to review this is to look at the magnitude of the earnings beats. The chart below shows when firms beat earnings estimates by more than 20%, their stocks have increased on average. The slope of the line generally suggests stocks do better the better their results are. The results from the firms missing by more than 40% and between 40% and 20% are likely skewed because there’s only 5 and 4 in each category respectively. 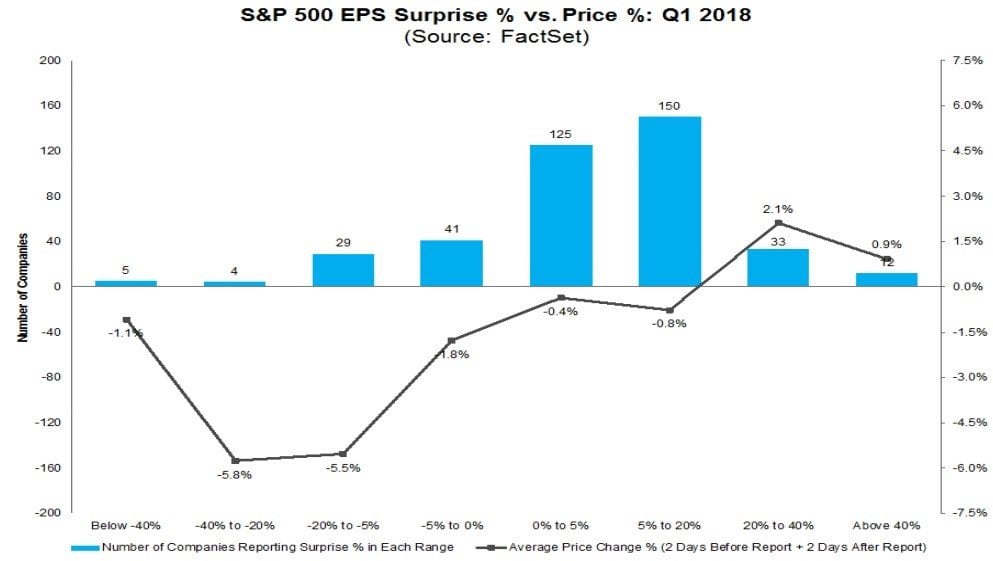 Furthermore, let’s review the performance of changes to future estimates. The best reports are when firms beat results and raise forward guidance. Guidance is the most important part of the quarterly results. To be clear, guidance isn’t always hit and actual results are the only numbers that are certain. However, firms have a good idea what their next quarterly results will be because by the time the firm reports, about 1 month of the next quarter has occurred. Therefore, guidance about the next quarter has a decent level of certainty.

We reviewed the technical analysis which suggests an important move is coming in the short-term that will likely determine whether a bull or bear market ensues. The fundamental analysis of the earnings reports suggests the movement might be to the upside. To be clear, these results have been juiced by weakness in the dollar and the tax cuts. The dollar has been increasing in the past couple weeks. The bright side is after trading at a high multiple for a while, the forward PE of the S&P 500 is 16. That’s below the 5 year average of 16.1 and above the 10 year average of 14.3. A bear market would cause the market to be cheap. Generally, bear markets are caused by recessions; a recession isn’t present and doesn’t appear to be coming in 2018 based on the leading indicators.