ValueWalk
Home Top Stories The US Dollar Versus Gold 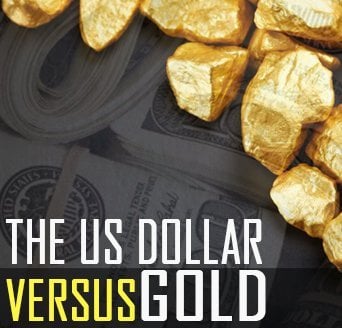 The US dollar has been rising in a counter-trend rally since mid-April, up nearly 6% on the dollar index over the past five weeks on speculation that the Federal Reserve will again raise interest rates at the coming June 13 meeting. The uptick in the dollar has put pressure on gold. As we can see from the chart below, over this same period gold has fallen by nearly 5%, down to $1,303 as this article goes to press. 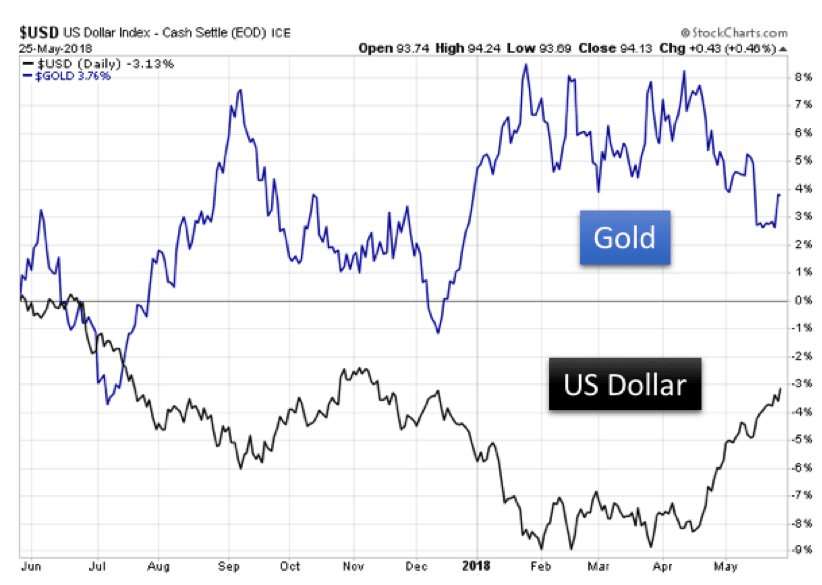 The general inverse correlation between the dollar and gold is relatively plain to see over the past year. However, we caution gold investors to be wary of placing too much emphasis on the US dollar price action in attempting to gauge long-term trends in precious metals.

Below we examine the same US dollar index, with the price of gold immediately below it. We present data from the freely-traded era; in other words, after gold and world currencies were free to float against one another following the breakup of the Bretton Woods Accord in 1971: 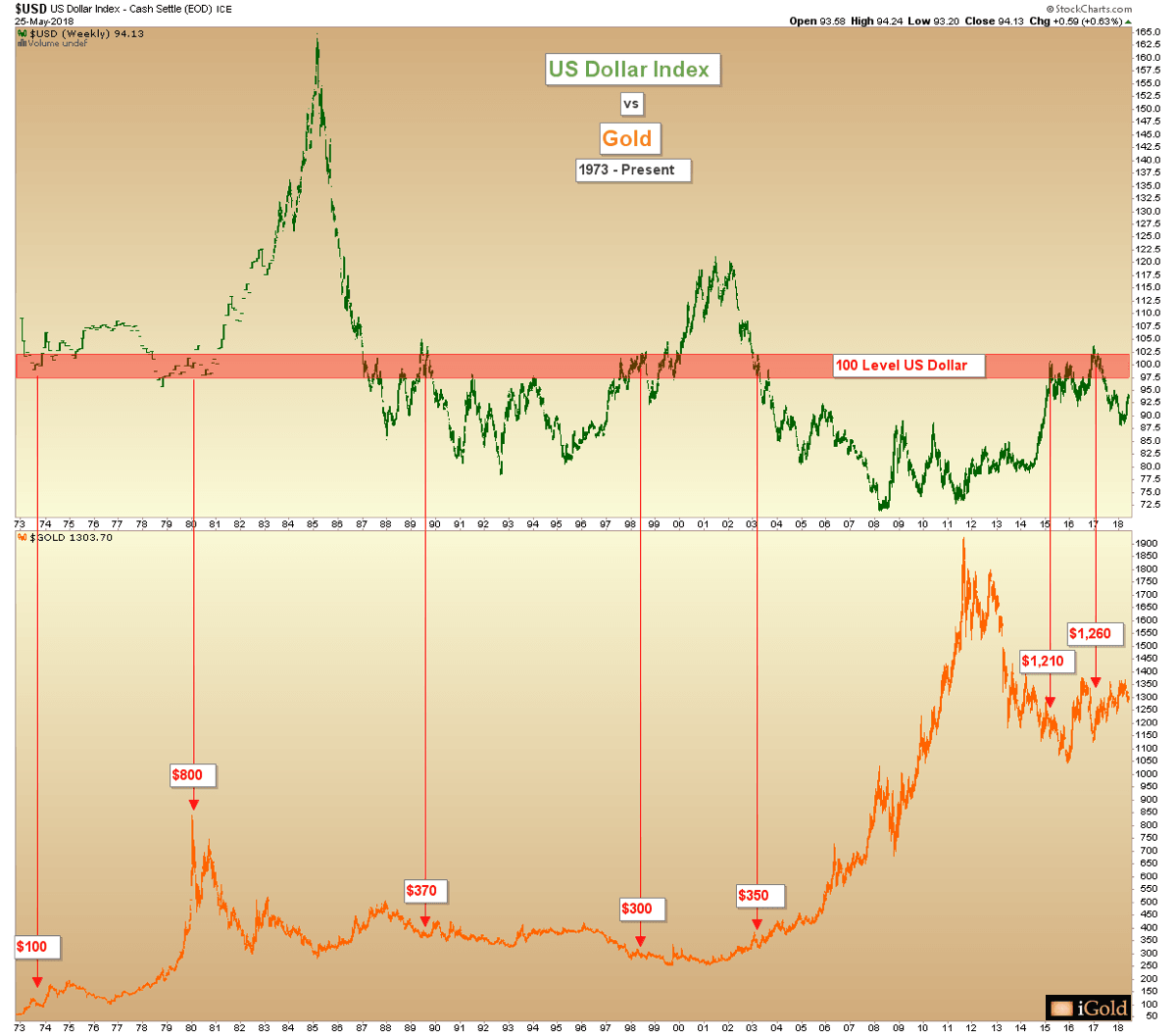 Let us examine a neutral reading for the dollar of 100 on the index. This is highlighted above in red. Note how throughout time, the 100 reading on the dollar index has corresponded with the following prices for gold:

What are we to make of these diverse readings on the gold price corresponding to the 100 level on the index? Shouldn’t gold move inversely to the dollar as shown on the first chart?

The bottom line is that the dollar index is a faulty gauge by which to predict gold prices over the long term. The reason for this is that the index is a measure of the US currency versus several other major world currencies, including the euro, the Japanese yen, the British pound, the Canadian dollar, the Swedish krona, and the Swiss franc. All of the currencies that make up the dollar index are, in fact, fiat currencies, unbacked by any tangible commodity since the abolishment of Bretton Woods.

Thus, no matter how healthy or flawed we may view the fundamentals for the US economy and currency, it is entirely possible that the dollar may continue to meander sideways for decades further, similar to the 1973 – present era, albeit with ebbs and flows along the way. Meanwhile, gold is responding to a multitude of factors: US dollar and foreign currency debasement, debt levels, geopolitical tensions, and valuations in world stock markets to name a few.

Every currency around the world is simultaneously being debased… just each at different rates. This explains why we see the dollar having little change as a net sum since the Nixon era, yet gold and nearly every other tangible commodity having risen steadily in price since that time. The dollar index is a measure of one sinking ship versus another.

Takeaway on Gold and the US Dollar

Precious metals investors are encouraged to monitor the US dollar on a regular basis because, as shown in the first chart, traders will often cue on the dollar in order to trade gold over the short term. Buying gold just before a dollar rally can still be dangerous. With the pending Federal Reserve meeting just two weeks away, we expect the dollar to be forming an important high corresponding with an interest rate hike. The longer-term perspective, however, is critical. Gold is rising versus all fiat currencies over time. The dollar index is a faulty measure for valuing gold, as it compares multiple sinking currencies on a relative basis.