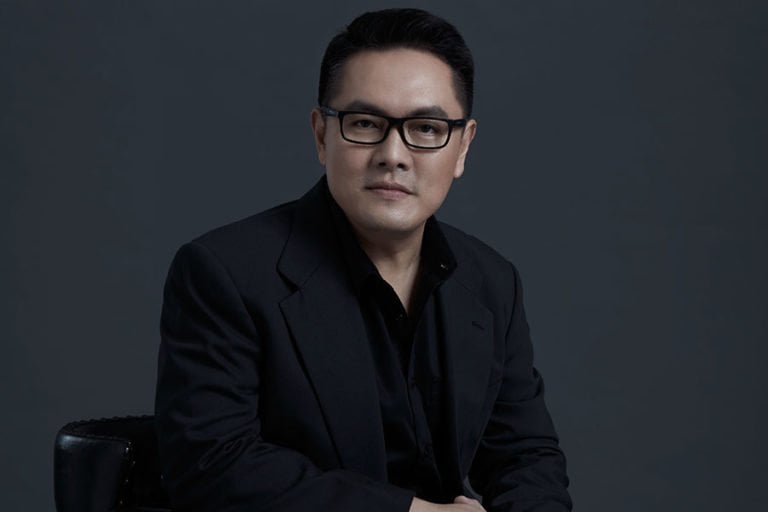 The story of every successful businessperson includes peaks and valleys. No interesting story is without difficulties and how they are overcome. According to the principles of the Seven Cycles of Life doctrine, a significant occurrence takes place about every seven years. This monumental event could be an unexpected change in direction in life, and, with minimal time available, a very important decision must be made. Yet despite the difficulties one faces, we can be encouraged that there are positive moments that lie just ahead.

For perspective on the Seven Cycles of Life as applied to a real-life individual, here is the story of the life of Dr. James Nitit Mah, Founder and President of Intellegend. At age 52 and an accomplished business strategist, Dr. James Nitit learned firsthand how to survive and thrive in the seven cycles of life. It is a story about perseverance through tough times, and serves as an encouraging reminder to all that behind the dark clouds of despair lie the sunshine of hope.

From a scientific point of view, the human brain acts as a data-gatherer in the first seven years of life. The brain collects more information during this cycle than at any other time in life.  It then analyzes the collected information it accrued in those first seven years, putting together the makings of an individual’s personality based on the brain’s interpretation of the input it received.

Dr. James Nitit grew up in a busy neighborhood that was filled with laborers and successful merchants. He witnessed both common workers, vegetable carriers, and the owners of prestigious jewelry shops. Although the appearances of people differed significantly, he made no judgment on which type of person was better. At the time, he envisioned being a boss of the vegetable carriers because he thought it would be “pretty cool” to be the one directing them how to do jobs. Dr. James Nitit yearned for that position. It was, at that time, his dream job. But a conversation with a local merchant made him realize even at that young age that true success would come through merging passion with dedication.

Dr. James Nitit learned a lot from his parents during his early teenage years.  His father worked as a senior store manager until there were some changes in his life, at which point he resigned from his job and started his own business. It was a risky move for a working man with a family.

However, he felt that his work experience and “highly regarded” reputation would guarantee success. Sadly, despite his father’s lofty expectations, the business collapsed not long after opening. When former colleagues invited his father to job interviews, he summarily would pass on the potential opportunities each time, adamantly insisting that he had gone too far already to consider going “backwards.”

From observing the actions of his father, Dr. James Nitit learned that when you aren’t willing to take a step back, you cannot take steps forward. This would serve him well in the difficulties to come.

Seeing the world wider than ever, the young James had picked up some new and differing views about life, which, at that time, were unconventional to Thai society.  He had come to believe that any rate of a measurable difference, such as functionality or aesthetics, would hold a higher value than sameness.  The arduous young James realized the importance of possessing vital working skills to increase his personal value. He applied for classes in English, shorthand, and typing at private schools. He also took extra courses at a vocational school to earn professional-skill certificates as well. His indefatigable work routine and overall effort put forth in all endeavors enabled him to win a scholarship that took Dr. James Nitit to the United States. This cycle convinced him that learning was a lifelong process that could pay dividends in unexpected ways.

At the age of 22, Dr. James Nitit returned to Thailand to continue his studies at a university. He believed in the importance of an individual’s knowledge and business competency. Additionally, he also was very fond of music.  He combined the two; James practiced playing a lot, seeking to get a paying job performing in a band.  The humble beginnings of his music career led him to making his first million bahts (Thai currency).  Once again, his excellent work ethic caused him to achieve such a monumentally successful outcome.

Never one to rest on his laurels, Dr. James Nitit also studied computer engineering programs. He used the knowledge garnered from the university and playing music to establish a musical instruments business. His company provided him with commercial opportunities that made him a millionaire regardless of the currency.

However, success didn’t remain in place forever for him and his family. Ultimately, he lost all his money, running up unpayable debts from the venture. His mother and wife supported him throughout the hardest time. He went on to apply for a small position at a company. His reasoning for working there was not monetarily driven. Dr. James Nitit sought to regain a sense of values and responsibility. Despite this cycle of difficulty, he kept his perspective and remembered the lessons he learned from the stubbornness of his father. His persistence paid off, and he was promoted to a better position in management.

When his life situation improved, he returned to the US to complete another degree.

While studying in the US, Dr. James Nitit earned extra money taking on part-time jobs in Thai restaurants. He would do anything from doing dishes to sweeping to cleaning the restrooms. After that, he moved on and found a better-paying job at a hotel. James retained his service-provider mentality and applied it to his work.

From his financial acumen and performing customer-service jobs, he gained keen insight about running his next business, seamlessly. He discovered that you could charge a higher price by delivering on what makes people happy. It was during this cycle that he concluded that a business must commit to doing big things to win the hearts of the masses.

The secret behind Dr. James Nitit’s lucrative new business venture was his strategy to let his money do the work. Instead of holding onto cash, he suggested that it should create profit through investments. Thus for the first time, he took his company public and listed it on the stock market. Before his company entered the stock market, a careful management protocol had been established to ensure stability and effectiveness.

The year 2008 was an extremely tumultuous one for the global economy. Financial issues stemming from Thailand’s “Hamburger Crisis” negatively impacted Dr. James Nitit’s business. Despite the downtrodden times, he shifted his focus to his family, children and friends. His advice is to use difficult times to find out who is truly important to you. “You can see a person’s true color when you are no longer beneficial to his or her life,” said the business-savvy entrepreneur.

In closing, Dr. James Nitit left one last nugget of enlightenment to survive the down cycles in our lives: “Without wisdom, knowledge is nothing.” His life’s mission for future cycles is to share his collective wisdom as a mentor for rising stars in the business world. His hope is to help people gain perspective that, while there will always be down cycles, what matters is what they learn from it and how they react to it. If he can accomplish that noble task, it truly will be a life well lived.