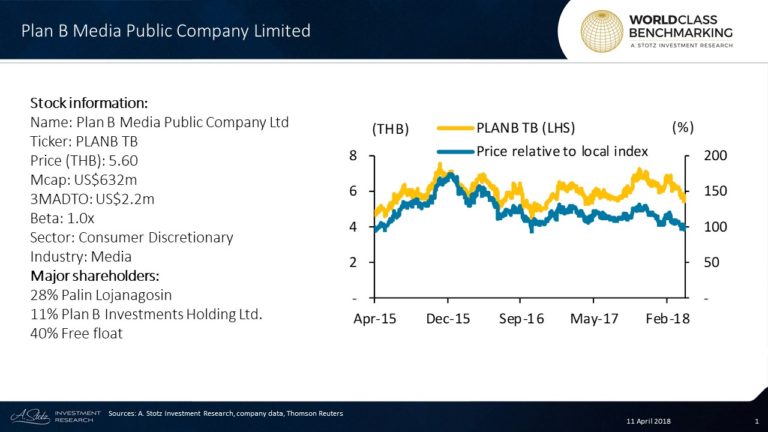 It specializes in out-of-home media advertising in Thailand.

Dynamic and Online media include various media services such as providing free internet on public buses and manage advertising on Boonterm Kiosks, service stations offering mobile top-up and bill payment with over 100,000 locations across Thailand. 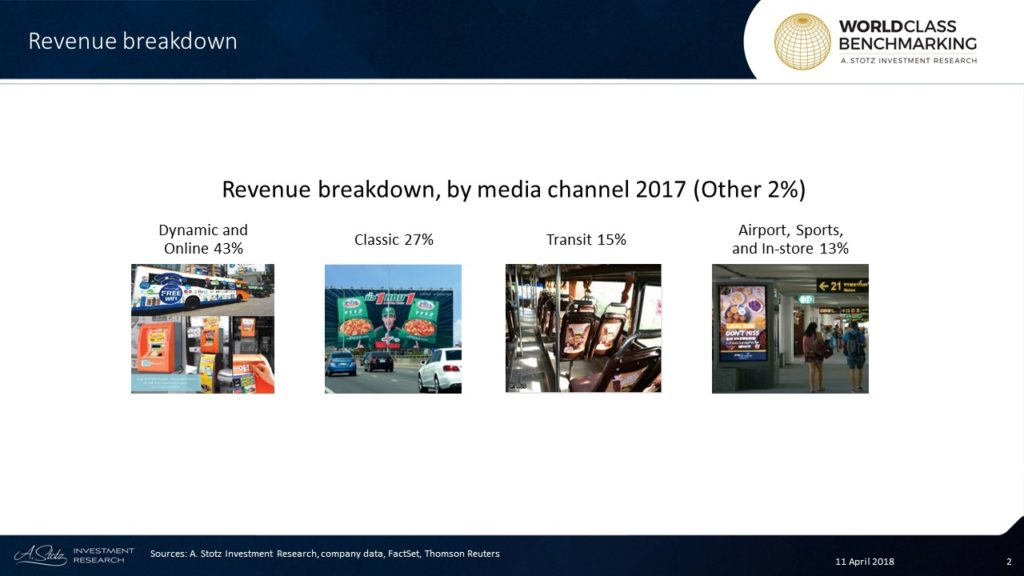 In 2016, PLANB won the bid to act as the agency for the Football Association of Thailand and Thai Premier League Co., Ltd. to manage its commercial rights 2017-2020 which should support sports media revenue.

In January, PLANB announced the acquisition of a 20% stake in Bangkok Metro Networks (BMN), a subsidiary of BEM (BEM TB), which operates the MRT Blue line in Bangkok, a strategic move to secure growth in Transit media. PLANB has an option to acquire an additional 10% in BMN.

Somchai Vanichsenee is the current independent Chairman of PLANB and has served in this position since late 2013. He is also the current Chairman of  NEP Realty & Industry Public Company Limited (NEP TB). He received his Bachelor of Public Administration from Thailand’s Police Cadet Academy and Master’s degree from Chulalongkorn University, Thailand in the same field. 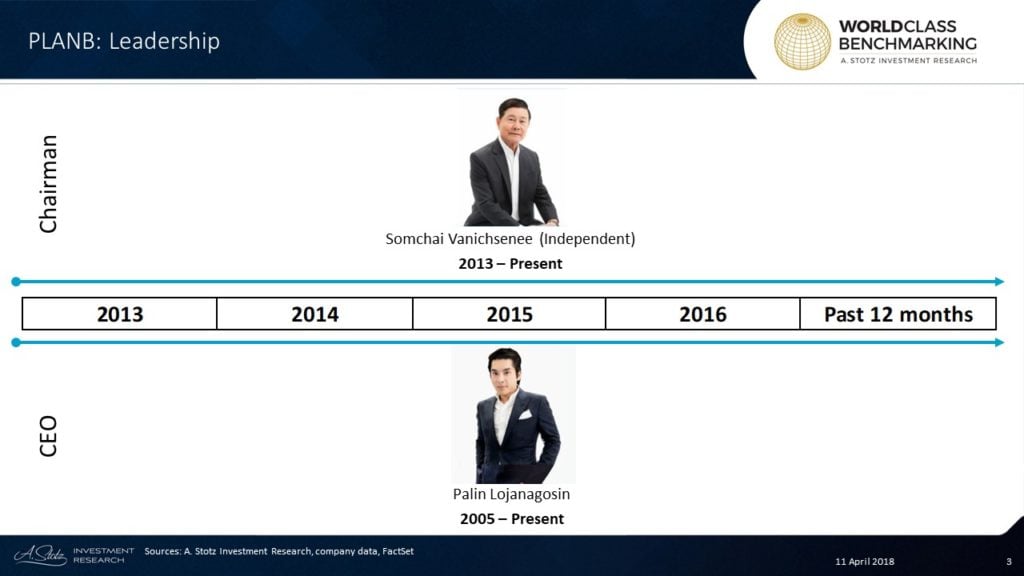 Pailin Lojanagosin is the founder of PLANB and has been operating as its CEO since 2005. He is also the company’s largest shareholder at 28.4% of the outstanding shares. Mr. Lojanagosin also holds directorship in subsidiaries of PLANB along with other media and investment organizations. He received his Bachelor’s degree in marketing from Depaul University, US.

Profitable Growth has been mostly excellent at rank #2 with an exception of a drop in 2014. PLANB ranked among the top 162 of 810 small Consumer Discretionary companies worldwide.

Profitability exhibit a very similar trend to Profitable Growth. Growth has performed relatively poorly with heavy swings in its ranks. 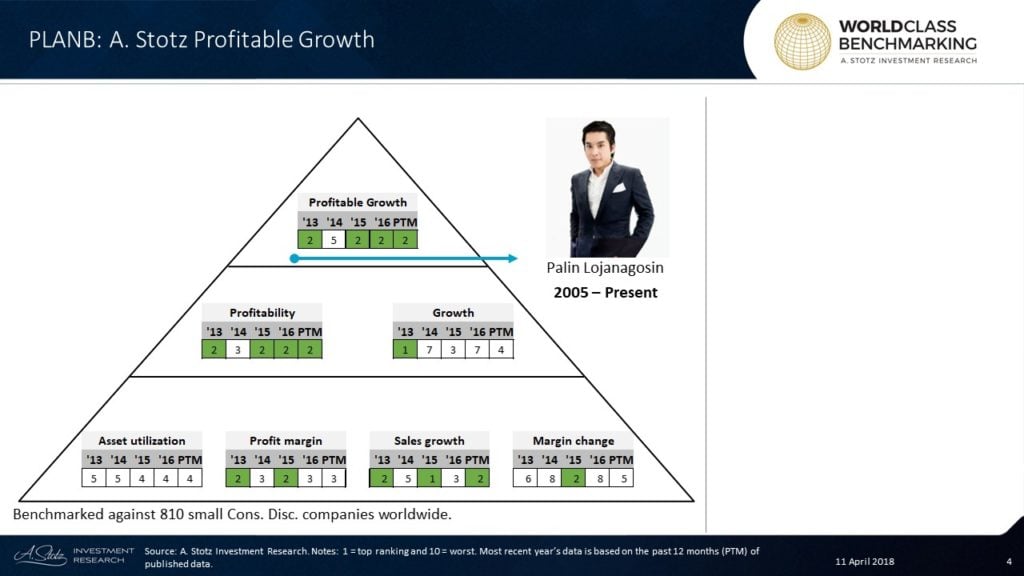 Asset utilization has consistently ranked #4 since 2015. Profit margin has stayed in the top 3 over the whole time period.

Sales growth has fluctuated but has stayed in the top 3 since 2015. Margin change improved in the past 12 months, but only to an average rank.

Article by Become  A Better Investor