ValueWalk
Home Info-Graphs Given rising short rates in the US, the Libor spread has widened... 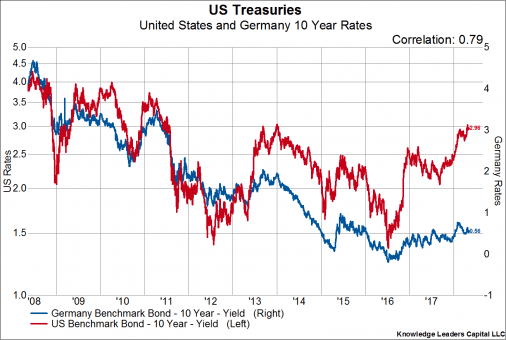 With the European Central Bank dragging its feet to begin the monetary tightening cycle, the difference between US and German rates has opened up to record levels. In the chart below, I show the yield on 10 Year US Treasury Bonds and 10 Year German Bunds.

After starting from a negative spread in 2008, there is now a positive spread between 10 year US Treasuries and German Bunds of over 2.4%. 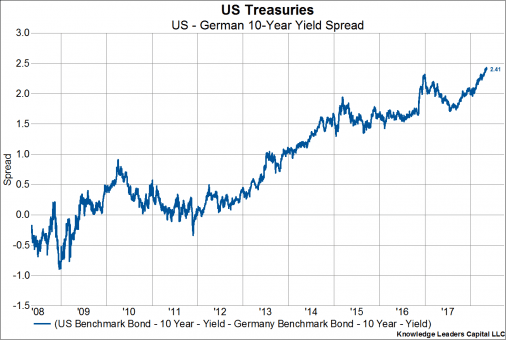 But, there is one problem with this analysis. The returns are in different currencies. US Treasuries generate a USD cash flow while German Bunds generate a EUR cash flow. Generally investors trying to meet specific liabilities try to match the currency of the asset with the liability. A German insurance company, for example, has liabilities denominated in Euros not US Dollars. So, the German investor will want to convert the USD income generated by the US Treasury bond into Euros. To do so, the German insurance company will engage in a currency hedge. This is where it gets interesting. The cost to hedge USD back into Euros is now north of 2.9%, almost more than the yield of US Treasury bonds to begin with. 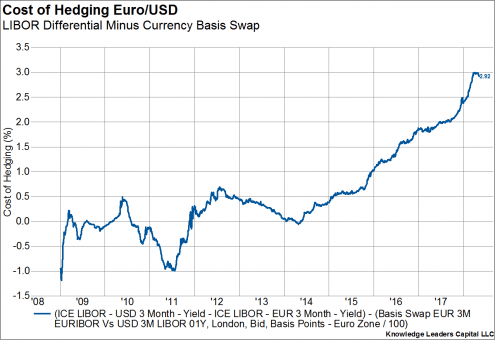 There are two components of the currency hedge: 1) the difference in USD Libor and EUR Euribor, and 2) the currency basis swap. Given rising short rates in the US, the Libor spread has widened considerably over the last few years. 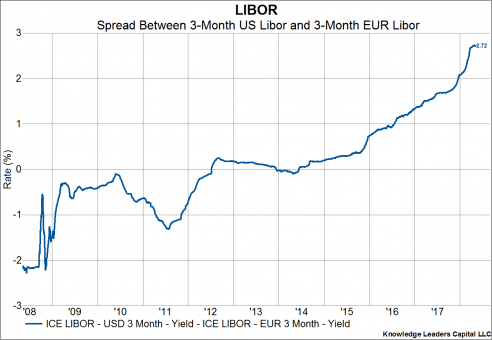 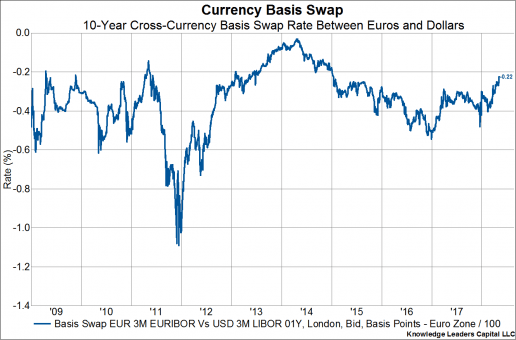 Now that we have a common denominator currency, we can reassess the attractiveness of the US to German spread. A German investor buying a 10 year US Treasury and hedging the currency will generate a yield of roughly 4bps. Or, the German investor can simply buy a German Bund and receive a yield of 56bps. 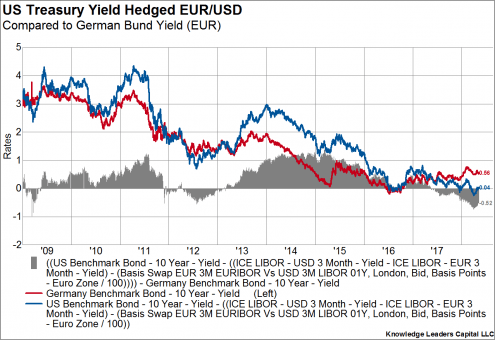 This would suggest that a US Treasury bond is a relatively unappealing security for a European buyer wishing to hedge the currency. The German investor would give up some 52bps buyung the US Treasury bond. 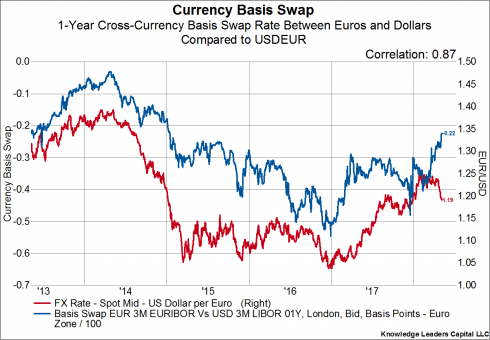 In order for USD hedged US Treasuries to become appealing again to European investors, either US rates need to back up considerably, German rates need to plunge, the USD needs to fall relative to the Euro … or some combination of these three. If the USD keeps levitating, the necessary move higher in US yields is greater, all else equal, to restore the appeal of US Treasuries to foreign buyers.