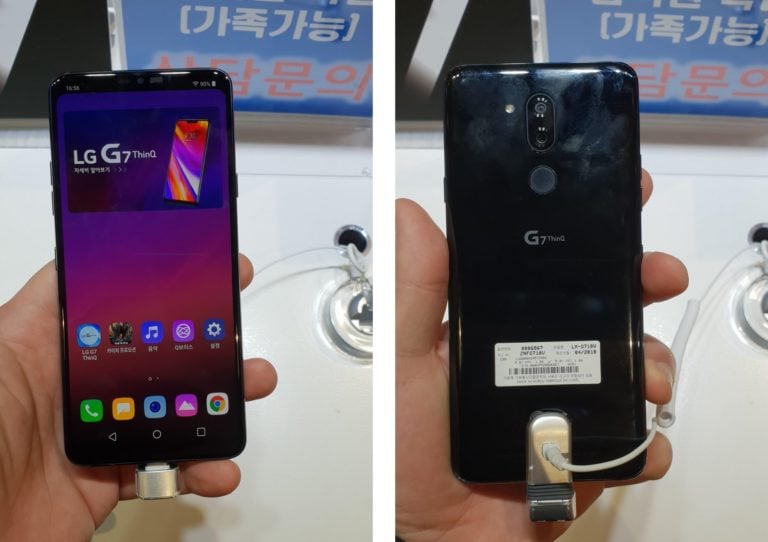 LG G7 ThinQ is the next big device form South Korean tech giant, the smartphone is scheduled to launch May 2 in New York. The company has already started sending out media invites for the launch. The specifications and design of the phone have been already revealed through recent leaks. Now, ahead of the official launch, Live images and press renders have been leaked online. 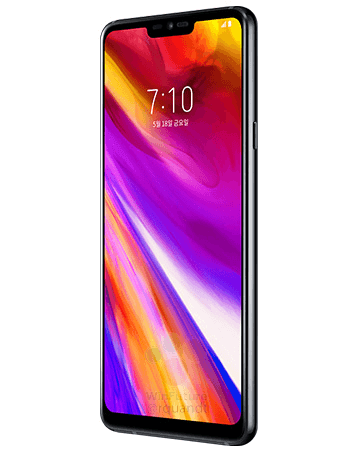 According to the press image, the LG G7 ThinQ will sport an edge-to-edge display with a notch that houses the front camera, in-call speaker as well as ambient and proximity sensors. It has a comparatively bigger bezel at the bottom. On the back, the phone sports a vertical dual rear camera setup with LED flash and Laser Autofocus, The fingerprint scanner is now placed on the back below the camera setup. 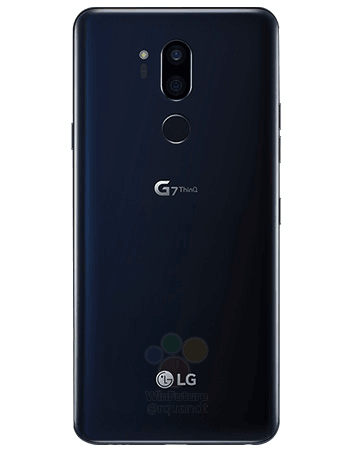 On the top, there is a SIM/ micro SD card slot while the bottom shows us the 3.5mm headphone jack and a USB-C port next to a loudspeaker grille. The right of the smartphone gets a lock/ power key, and the left side sports volume controls and an additional button that could possibly the dedicated button for accessing the Google Assistant.

From previous leaks, the LG G7 ThinQ will run on the Android 8.1 Oreo operating with the company’s LG UX interface on top. It sports a 6.01” QHD+ (1440 x 2880 pixel) FullVision 19.5:9 MLCD display. The smartphone will be powered by Qualcomm Snapdragon 845 octa-core processor coupled up to 6GB RAM and 128GB storage that will be further be expanded to up to 2TB. For photography, it may house 16MP dual rear cameras and 8MP shooter on the front. It is expected to be fueled by 3,000mAh battery with Qualcomm QuickCharge 4.0 fast charging support.  and rumored that the upcoming flagship from LG will be water and dust resistant and supports for wireless and fast charging as well. Stay tuned with TechnoCodex for more updates.