ValueWalk
Home Science The Legends Behind The Sun 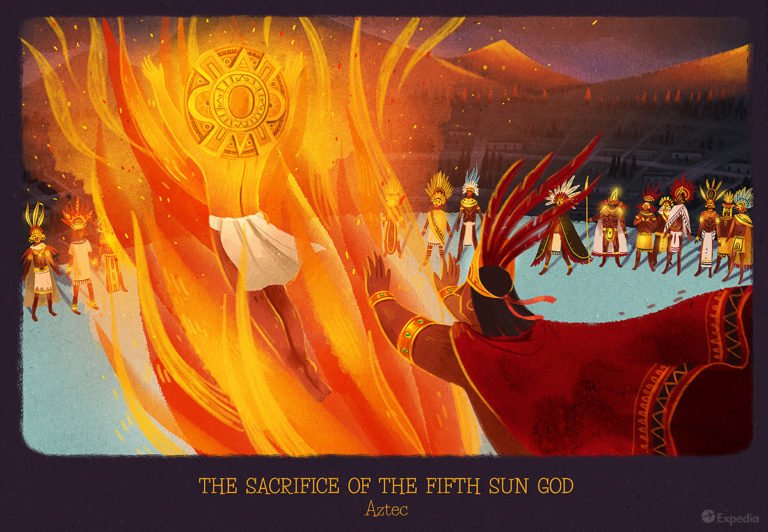 Finally, the sun is back – and while the warmth and brightness are obvious advantages of a bit of sunshine, science offers us some other reasons why we should worship that big ol’ fiery ball.

For one thing, natural light + blue skies = good moods. Everyone from your boss to a potential client meets you with a smile on their face, ready to get to work and move on up.

And here’s a knock-on effect: the sun is good for business. Perhaps because the heat makes us upbeat, people spend more money when the sun is shining.

What’s more, it’s good for your health – and undoes some of the damage you may have done being cooped up in your office for 10 hours a day!

These are the wonders of the sun according to today’s way of seeing the world. But our feelings about the sun weren’t always so “dry”. This new batch of illustrations explores the attitudes of historical civilizations towards the sun.

The Aztecs were Nahuatl-speaking peoples who dwelt in central Mexico until the Spanish conquest of the 16th century.

At the time of their decline, they believed the sun that shone down on them was the fifth one to have hung in the sky. According to Aztec legend, their world had been created and destroyed four times before by the gods.

The god who rules the fifth sun is known as Tonatiuh. Since his sun is characterized by the sign Ollin, it is believed the fifth world would be destroyed by earthquakes and sky monsters.

As ‘People of the Sun’, the Aztecs tried to ward off doom and destruction by making sacrifices and blood offerings. You’ll know how they felt if you’ve witnessed your boss’s short-temper when the sun is up and his blood is boiling. 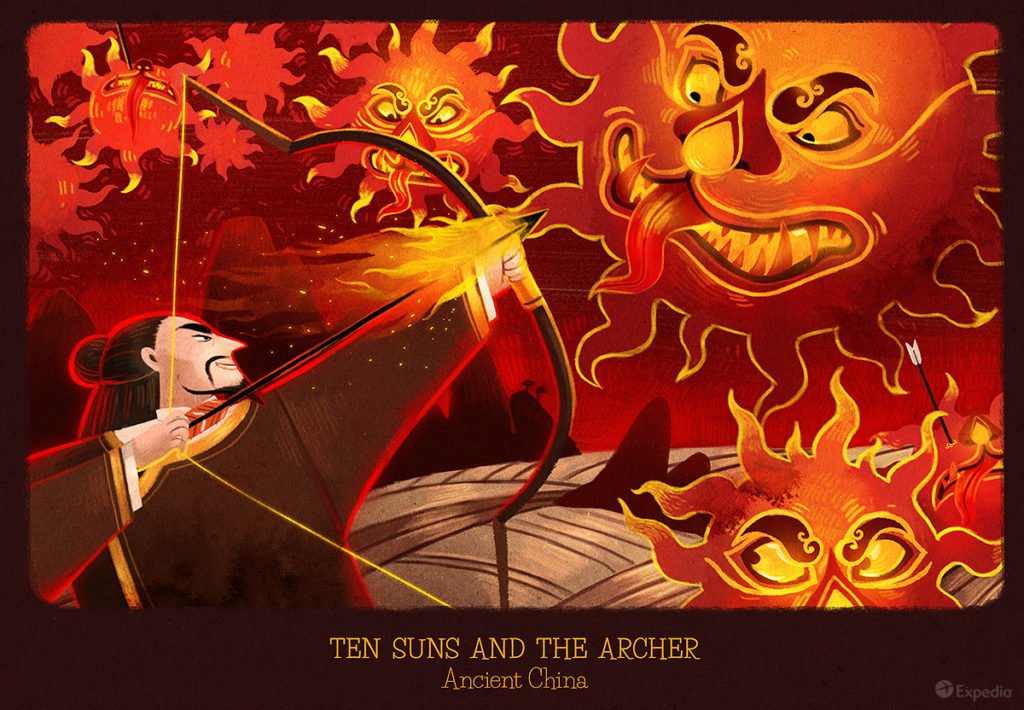 Have you ever wondered why we only have one sun? The Ancient Chinese had an answer.

Originally there were ten suns. Every day, the sun goddess Shiho would drag one through the sky in her chariot. While that one was keeping us warm, the other nine would play.

Unfortunately, the suns got bored of their duty and came up with a plan: if they all went up in the sky at once, they could create enough heat and light to keep the Earth nourished while they all went on holiday.

It doesn’t work like that, does it? The planet experienced a massive drought, so sun god Dijun called in an archer named Hou Yi to shoot the suns out of the sky.

Hou Yi bagged the first nine, but thankfully his final arrow was stolen by a small boy before he could shoot the final one. 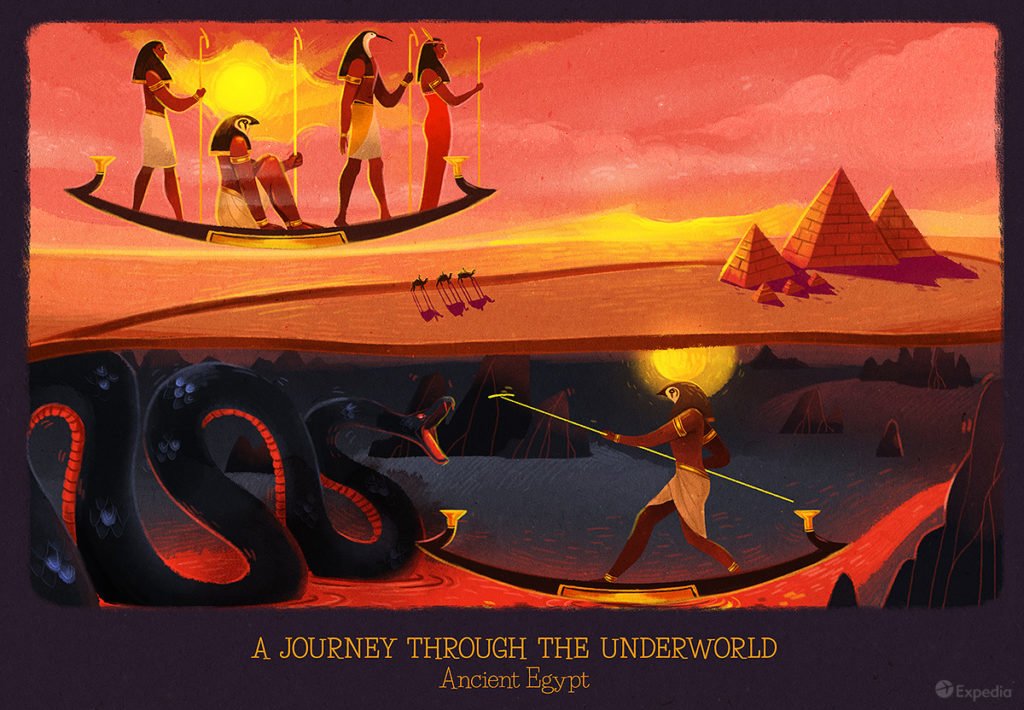 The sun was a great role model in Ancient Egypt: the kings would even name themselves ‘Son of Ra’ in honor of the sun god, Ra.

But Ra himself had something of a double-life. By day, he and his crew of gods sailed through the sky in a boat – and at night, they would sail the underworld to bring light to the dead.

The serpent god Apep would regularly try to thwart Ra in this latter endeavor, and eclipses were a sign that Apep was coming out on top at that particular moment.

It’s a handy professional reminder: when you burn the candle at both ends, even if you’re a god, there are going to be moments when you’re not up to your usual best. 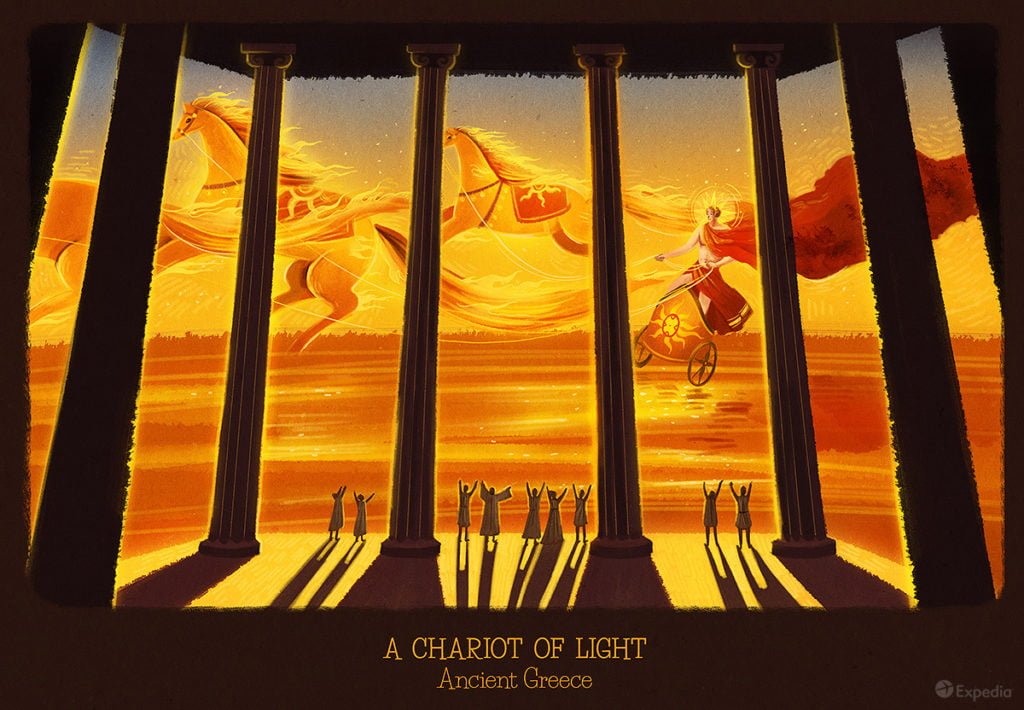 Apollo was another travelling sun deliverer. Rather than a boat, however, Apollo favored a chariot when carrying the sun through the sky. Each night he rode a golden bowl back through the ocean so as to be back in time to do the whole thing again the next day.

Apollo was a bright spark in more than one sense. Not only did his daily light delivery allow folk to get on with their work, get a tan, and dry their laundry, but he illuminated the world through music and reason.

Sometimes the brightest colleague in your workforce is as valuable for what they inspire in others as what they achieve themselves! 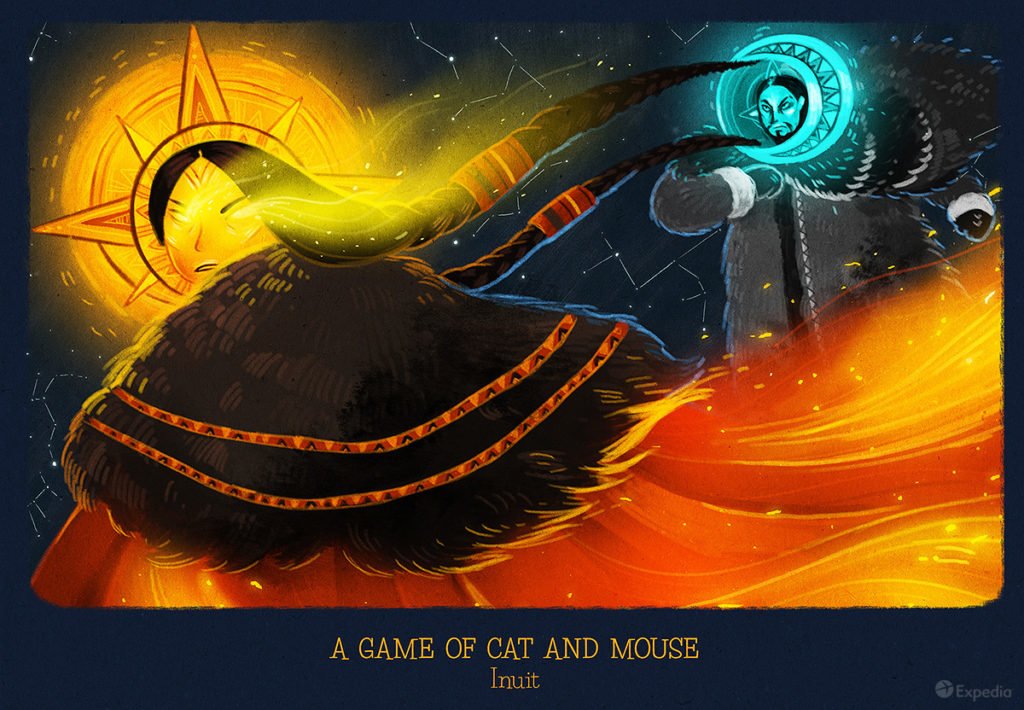 The Inuit are the indigenous people of Alaska, Greenland, and the Arctic. For them, the sun and the moon are sister and brother: Malina and Anningan.

Malina and Anningan are trapped in an eternal game of cat and mouse since a falling out some time ago. Opinions as to the cause of the argument differ.

In one x-rated version, the siblings grew up together, but were separated as adolescents; later on, Anningan entered the women’s lodge and forced himself upon Malina. When she realized who it was , Malina took her revenge and ran away, and to this day Anningan chases her around the globe – though whether he himself is seeking vengeance or is trying to apologize differs from account to account.

It’s also said that the chase causes Anningan to forget to eat, and this explains why the moon sometimes gets thinner. 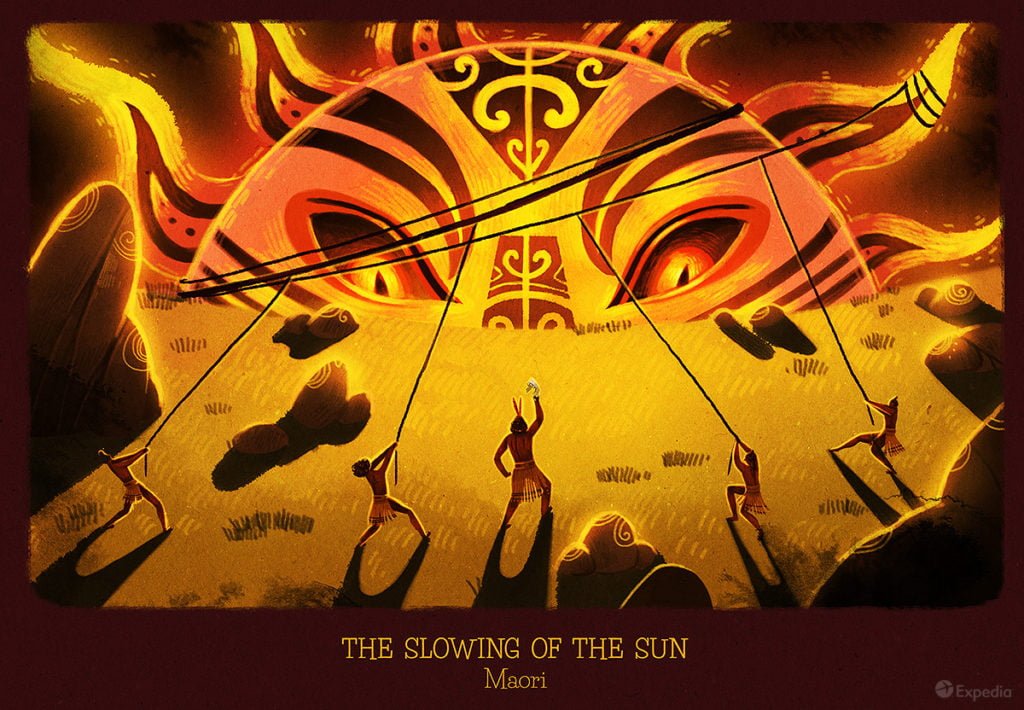 According to Maori legend, the sun used to hurtle through the sky at a much faster pace than it does today. This made it very difficult to get things done – and the god Māui became frustrated with having to eat his dinner in the dark.

There were no electric lights and no washing machines in those days, you’ll remember.

So Māui did what many of us would like to do as we sense the daylight dimming and we’ve still got tasks to finish. He made an enormous rope and lassoed the sun, then beat it into submission with the sacred jawbone of an ancestor. From then on, the sun rolled a little more gently through the sky.

It’s great if the sun gives you more energy to get things done – but don’t forget to step outside once in a while to soak up those rays.