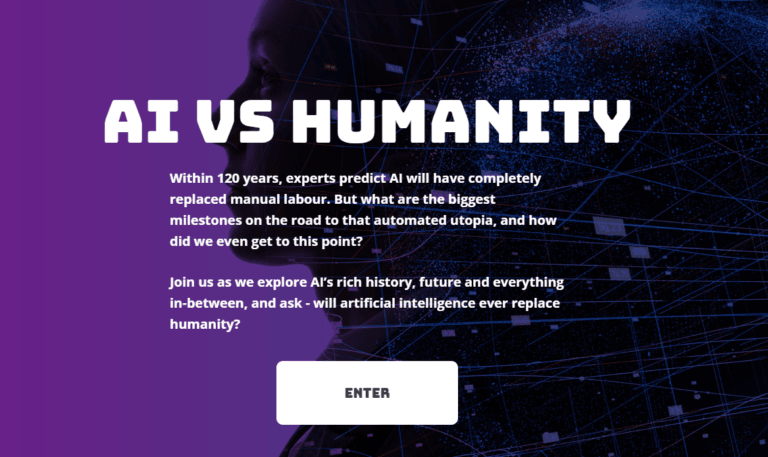 Since the first flickerings of technology, humanity has been captivated by artificial intelligence – the concept that machines could one day interact, respond and think for themselves as if they were truly alive. Artificial intelligence is certainly an interesting topic and one day lead to automation of the labour market, an idea that is both exciting and terrifying at the same time.

The interest in artificial intelligence (AKA as AI) has been on the rise particularly from 2012 which reveals a sharp interest in the subject matter according to Google Trends. Of course, this is not wholly surprising, technological advancements have been swift - only last week did Google unveil Duplex - their artificial intelligence feature capable of booking appointments and mimicking human speech patterns.

The future of AI, is certainly bright and according to experts across the globe, machines will soon be capable of replacing a variety of jobs - from writing bestsellers, to composing Top 40 pop songs and even performing your open-heart surgery!

However, the biggest question remains: how long until that point?

One of the biggest “bottom-up” advances for artificial intelligence is the ability to be intuitive in planning and responding to tasks. Perhaps the biggest breakthrough in this regard came in 2016 when AlphaGo, a custom program developed by Google's DeepMind AI unit, beat the world’s best “Go” player.

The historical Chinese board game had long been seen as one of AI's greatest challenges, the sheer variety of possible moves demanding players evaluate and react in countless different ways to each turn. That a program was finally able to challenge this level of “humanity” was a real breakthrough, even more than IBM’s Deep Blue over chess champion Garry Kasparov in 1996.

Most recently, this was further demonstrated by Google at the unveiling of Google Duplex. Not only did the artificial intelligence demonstrate the ability to book appointments but the technology was sophisticated enough to be able to mimic natural pauses in human speech to the point where robot was not distinguishable from human in terms of speech patterns.

Because of the leap forward in intelligence, experts from across the globe now predict we will see an AI program be able to win the World Series of Poker in just two short years. Not only that, but the same reactive technology is currently being investigated by the banking sector - with Natwest’s "Cora" chatbot in particular tipped to replace all telephone banking by 2022.

What about other job sectors. Are they too under threat from the advancement of artificial intelligence? Well, recent research from survey company Gartner suggests that 85% of customer interactions in retail will be AI-managed by 2020. The other 15%, mainly the human sales process, will take a fair while longer - with 2031 the closest estimate for full replacement. In addition it is suggested that the following years will see automation infiltrating different sectors:

2022 - Telephone banking will be fully automated negating the need for actual telephone bankers.

2027 - It is believed that truck drivers will be replaced with AI, we are already seeing this occur with the introduction and testing of driverless technology.

2031 - Retail workers will potentially be automated by this point. We have already seen the introduction of self service checkouts and it is predicted that 85% of retail interactions will be automated by 2020 with the remaining 15% following suit by 2031.

2054 - AI will be able to operate on patients which could negate the use of many surgeons and specialist doctors.

2103 - AI is already helping researchers but is struggling on the situational analytical front, by 2103 however, researchers will be replaced.

Will humans be eclipsed by robots?

Automation has quickly become a buzzword in modern society, from self service checkouts, to market automation, it’s everywhere as humans strive to find quicker solutions to menial tasks.

The risk to the labour market from artificial intelligence is a growing one, particularly given the rapid rate at which AI seems to be developing. As a result, it will be challenging to ensure that AI doesn’t wipe out several job sectors, which could necessitate new legislation monitoring the usage of artificial intelligence and protecting humans and their employment.

However, we have already seen shifts to incorporate the digital-driven advances in a variety of sectors, from banking to farming and beyond. Many predict that learning new skills early will be crucial for any affected sector - which looks set to be many of them. It’s no surprise that within schools and universities the governments are heavily pushing S.T.E.M (science, technology, engineering and mathematics) subjects in a bid to increase the number of competent technology professionals.

In addition, all is not lost to robots as humans still currently have the edge over their engineered counterparts. One of the biggest challenges for any artificial intelligence is the idea of ‘bottom up’ learning - the ability for a machine mind to react in a situational manner rather than simply following algorithms.

It is this lack of emotional intelligence within AI that gives humans the edge over robots. However, we must ensure that our skill set remains up to date if we are to compete going forward.