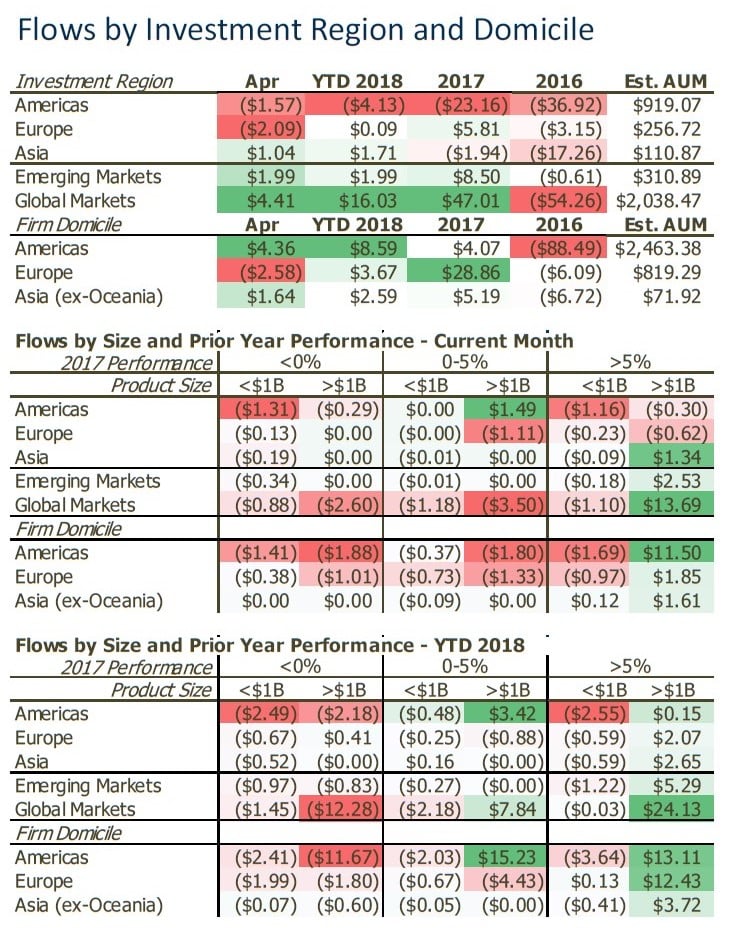 With the net flow of investor capital remaining firmly positive for the year, and slightly positive in April, 2018 would appear to be a pretty good year for the industry, on the surface. However, there is increasing evidence of dissatisfaction with near-term results that is manifesting in fund flow data.

While this is a cause for concern in certain segments, it also a positive theme for the industry. The strong should survive and prosper for the greater long-term health of the pack, and this appears to be exactly what is happening in 2018.

Allocations Return to Emerging Markets in April, to the Benefit of Few