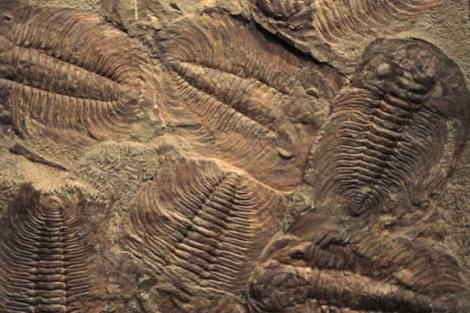 An 11-year-old girl discovered a rare fossilized creature that used to live in the oceans hundreds of millions of years ago. The discovery was made accidentally as the girl was strolling along the shoreline. The discovery seems to be quite important, because it appears to be a creature that lived before the dinosaurs.

The surprising discovery of a rare fossilized creature took place when Ryleigh Taylor found something strange looking laying on a rock while she was walking around the shore of a lake in Tennessee. While the structure she saw appeared to look like a fossil she had no idea what it was. Nevertheless, she picked it up and took it home.

The structure was taken to Colin Sumrall, an associate professor of paleobiology at the University of Tennessee who analyzed the fossilized structure. He found that the rare fossilized creature was more than 475 million years old and that it belonged to an animal that went extinct a long time ago, known as a trilobite as per the report of the ABC affiliate WATE.com.

“It’s actually fairly unusual for someone to find a fossil,” Sumrall told WATE.com.

Trilobites had initially appeared roughly 521 million years ago and lived in the lower Paleozoic era until they went extinct around 250 million years ago, which was before the first dinosaurs roamed the land. The fossil record indicates that they were considered one of the most successful marine animals at that time, managing to survive around 270 million years on Earth.

The researcher further explained that the rare fossilized creature could have lived in the currently East Tennessee area millions of years ago, adding that this fossil is in extremely good condition.

“Typically when we look at fossils of trilobites, they molt [much like modern-day lobsters] when they grow,” Sumrall said. They are often found crumbled into hundreds of little pieces.

“To find one where all the pieces are intact, it’s actually a pretty lucky find,” he said.

Scientists have successful found roughly 600 species of trilobites up to now. At their time, the creatures lived in shallow waters, managing to develop a sense of vision, the first among other animals, according to Fossilera. Their body consisted of three sections, the cephalon, or head section, the thorax and the tail section. Scientists also learned that these animals came in a different range of sizes and shapes. While some were extremely small and unable to be seen with the naked eye, others were as large as the Isotelux rex which was two feet long.

According to the researcher, the young girl could be encouraged by this discovery to learn more about long-extinct animals and study to become a paleontologist one day.

“To find something like that, it could spark this youngster into a whole career,” he concluded.

The 11-year-old girl finds this discovery pretty cool and hopes more young kids will get outside so that they can explore nature and discover the world that is beyond video games.