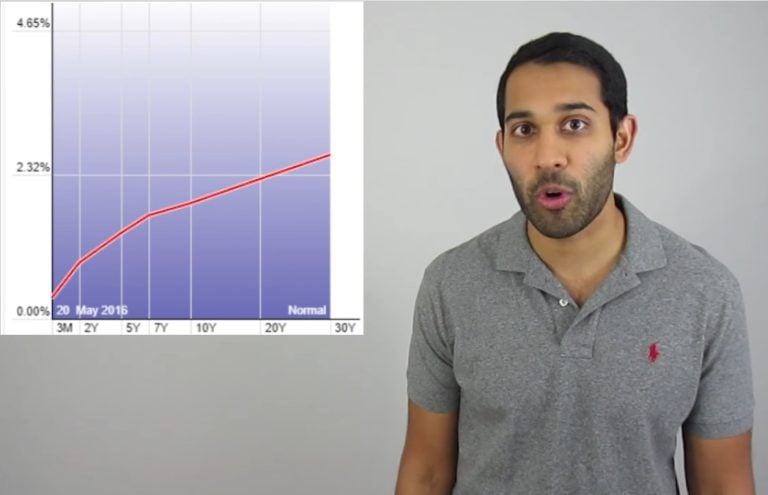 The Yield Curve Inversion Secrets! Understanding the Flattening Yield Curve is crucial for any trader or investor!

The yield curve is basically just a line that plots the yield of US treasury bonds (TLT) with different maturity dates. The curve lets you easily compare rates on short term bonds versus long term bonds. When long term bonds are yielding more than short term bonds, the line rises from left to right. And when this is the case, it’s called a normal yield curve. This is signal that the economy and market are doing okay.

When you start to see the yield curve flatten or even invert, meaning short-term rates become equal to or higher than long-term rates, and the line either becomes flat or sloped lower from left to right, then that usually signals trouble ahead in terms of a recession and lower market prices.

Two things happen for the yield curve to become like this. First, the Fed starts raising short-term rates. Based on their mandates, they may see the economy overheating and decide to raise rates to slow it down. Higher rates hurt economic expansions.

Second, investor expectations for the future become negative. And because of that, they buy up long-term bonds, lowering their yield. Those two together you a flat or inverted yield curve where short term bonds yield the same or even more than long-term bonds. And like this signals trouble ahead.

According to our analysis, yes the curve is beginning to flatten and invert, but we still have a lot of time left before this bull iis done. Make sure to watch the video above for more!

And as always, stay Fallible investors!