Vultures are ugly creatures. However, they serve a very vital function. They help get rid of animal carcasses safely. The putrid carcasses of animals carry many pathogens such as those which produce botulinum toxin, or cause cholera or anthrax, among other things which are deadly to humans.

Vultures have very powerful stomach acids which kill all such pathogens and safely remove them from the environment.

Unlike vultures, whose digestive tracts destroy all deadly pathogens, dogs and rats become carriers. The incidences of anthrax, plague, and rabies have skyrocketed.


Looking Into the Gaming Industry with VanEck’s JP Lee

This was especially useful in India, where the majority Hindu population considers cows sacred. Since most cows are not destined for a dinner table, vultures served as an effective disposal system for dead cows and other livestock. The Parsi community, due to their religious beliefs, preferred to leave its dead for vultures to consume, rather than cremate or bury them.

The problem started in the 1990s when farmers began using a drug called diclofenac to treat their livestock. Diclofenac is toxic to vultures, and the contaminated carcasses decimated India’s vulture population. From as many as 80 million vultures in the 1980s, today only few thousand vultures remain in India.

What happened in the absence of vultures? Dogs and rats stepped in to feed on the carcasses. Unlike vultures, whose digestive tracts destroy all deadly pathogens, dogs and rats become carriers. The incidences of anthrax, plague, and rabies have skyrocketed. More than half the world’s rabies deaths annually occur in India.

The Parsi community had to stop their funeral practices because there aren’t enough vultures to get rid of the corpses, and the bodies were rotting and causing a stench which troubled the residents of nearby localities, not to mention the environmental threats posed by rotting corpses.

Private equity firms and hedge funds are often derisively referred to as “vulture capitalists.”  These “evil” firms, detractors allege, care only about their own profits. They will buy failing firms at a low price, take them apart, and sell them piece by piece to make easy money while putting thousands of people out of work.

They try to revive failing businesses, and if they don’t succeed, they sell off the assets of those businesses.

They have been blamed for the impending demise of Toys ‘R’ Us and, more recently, for the staff cuts at the Denver Post newspaper. In the case of Toys ‘R’ Us, the real reason for its bankruptcy was the inability to compete with online retailers such as Amazon as well as failure to adapt to changing consumer preferences (children preferring to play on iPads, for example, rather than with toys).

Even with the Denver Post, the plain fact is that most people get their news online these days which shrinks the market for physical newspapers. Rather than wait until the paper dies a slow, painful death, the owners have decided to extract the maximum value from it while they still can. Had they expected it to be profitable far into the future, they would not be doing this.

As Steve Horwitz explains, the vulture capitalists perform a useful function. They try to revive failing businesses, and if they don’t succeed, they sell off the assets of those businesses (land, buildings, machines, and so on). This reallocation of labor and capital from an inefficient, failed business to a new, more efficient business is important for the economy to grow.

Let us now, for a moment, imagine a world without vulture capitalists. What would happen to failing companies? The government officials, like the dogs and rats, would step in and nationalize the business.

Consider the bailout of General Motors and other automobile manufacturing firms in 2008 (which wasn’t the first time). It was a massive failure, resulting in taxpayers getting ripped off and other unseen costs, such as jobs which were never created elsewhere. Indeed, leaving the failing companies to the vulture capitalists would have ensured that their assets would be reallocated to more profitable foreign firms.

Vulture capitalists help not only in getting rid of inefficiency in the private sector but in government as well.

Vulture capitalists help not only in getting rid of inefficiency in the private sector but in government as well. Consider Argentina, whose government was left to the vulture capitalists, most notoriously Paul Singer, when it was in a debt crisis. Because people like Singer imposed harsh penalties on the Argentine government, it was forced to get its act together. Today the Argentine economy is performing much better, and its fiscal health has also improved.

Contrast that with the Greek government, which was bailed out by the other European governments during its debt crisis. Not surprisingly, Greece continues to be a basket case, with exorbitant tax rates, a large and bloated welfare state and an overall ruinous fiscal policy.

Just like the birds they are named after, vulture capitalists are unjustly derided for the essential service they render to society.

Even though these might sometimes appear ugly to us, as in the case of vultures, the alternatives are far uglier.

An economy is very similar to a natural ecosystem. It would interest readers to know that Charles Darwin’s theory of natural selection was inspired by the economist Thomas Malthus’s essay on population growth. Darwin, in turn, inspired the economist Herbert Spencer to coin the phrase “survival of the fittest.”

While a fuller exposition on the similarities between an economy and an ecosystem is best left for numerous future articles, I wish to make one point here. All participants in a system, whether ecological or economic, serve vital and indispensable functions. Even though these might sometimes appear ugly to us, as in the case of vultures, the alternatives are far uglier. 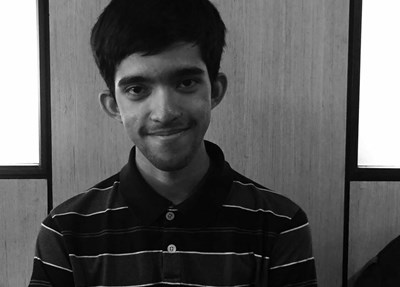