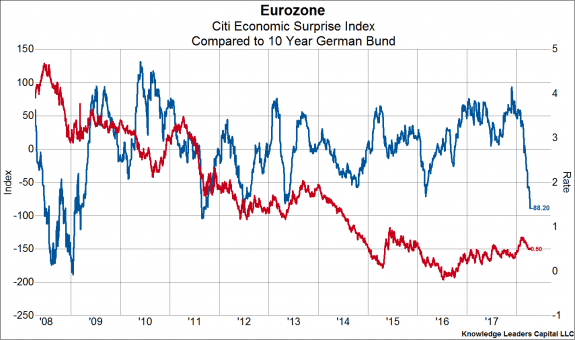 Recent weak data emanating from the Eurozone has been weighing on German Bund yields. The significant drop in the Eurozone Citigroup Economic Surprise Index (CESI) has pressured German Bund yields lower. Looking through the structural decline in German yields, we can see that short-term, cyclical moves are driven by economic activity. As the CESI has tumbled from 92 to -88 over the last five months, German yields have retreated about 25bps, from 75bps to 50bps.

But, the overall trend still appears to be positive for European economic growth. Today we saw industrial production reported by the Eurozone economies, and while it is subject to fluctuations, the general trend still appears upward, making higher highs and higher lows. 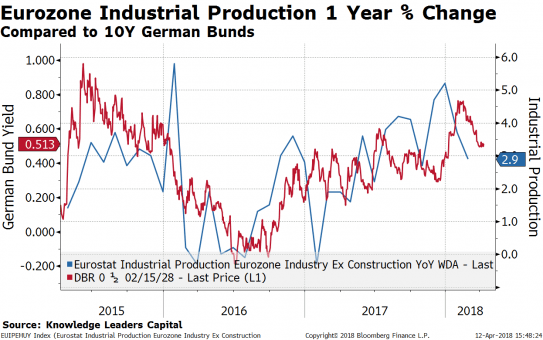 For the last few years, German and US yields have been fairly-well correlated (91% over two years), but this correlation may be breaking down. 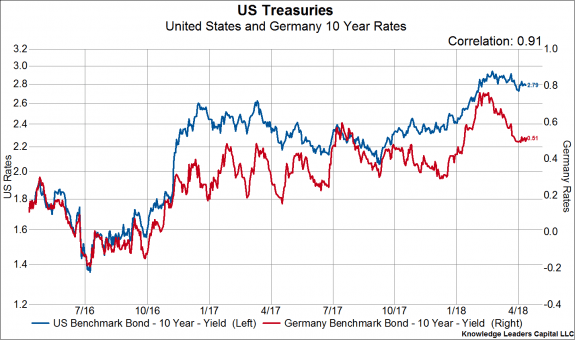 Since the beginning of the year, the correlation has fallen to 65%, suggesting the relationship may be weakening. 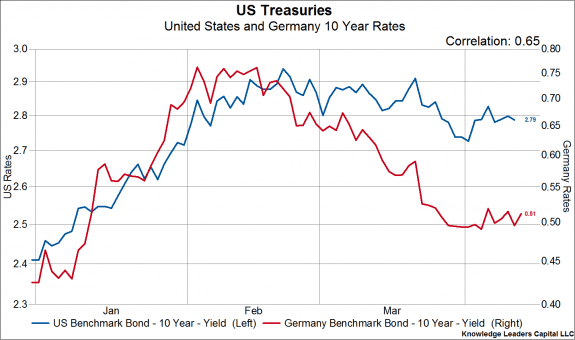 Why focus on German yields? Because the US-German yield spread is at historically wide levels and the spread is highly correlated with the performance and valuation of US equities. The current spread is wider than experienced during German re-unification in the 1990s. 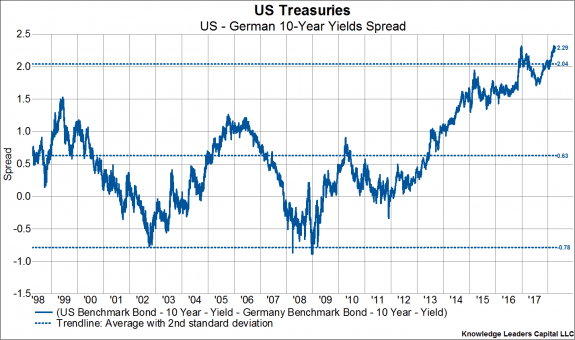 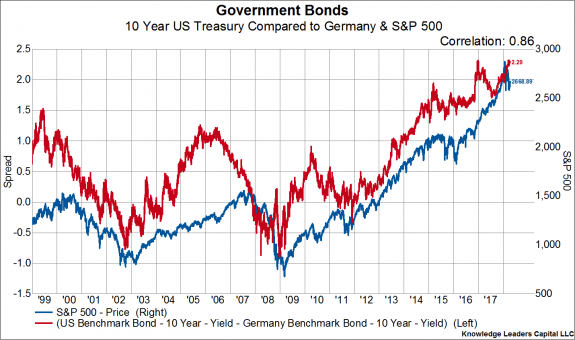 More recently, over the last decade, the US-German spread has also been highly related to the valuation of US equities. As the spread widened, suggesting better returns on capital in the US, US equities experienced a sustained increase in valuation. 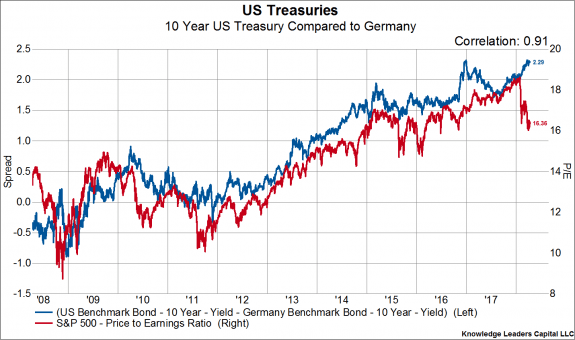 Notwithstanding the recent flat spot in European growth, here are some signs that German rates should begin to rise, which has the potential to chip away at the US-German spread, and in turn the valuation and performance of US equities. First, consumer credit has been rising in Europe for almost three years. 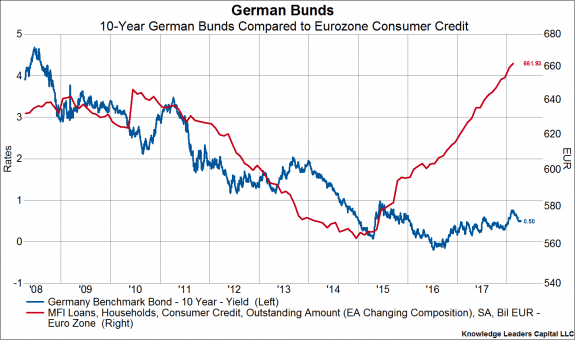 Second, population growth seems to have stabilized and turned a little bit. 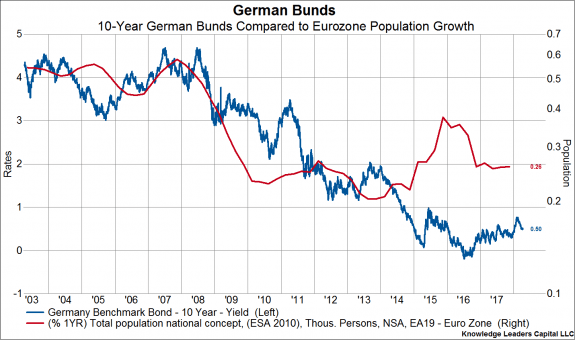 Third, European core inflation has turned the corner and seems to gradually be moving back up toward 2%. 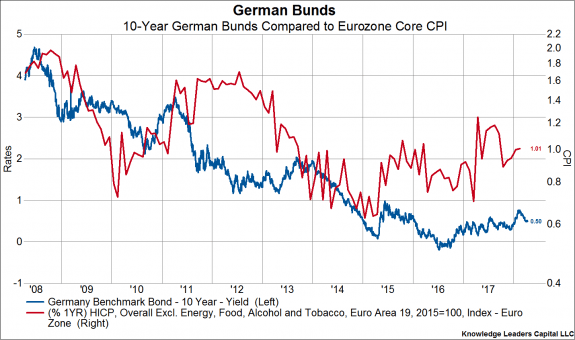 If for whatever reason US-German spreads come in from here, it would likely confirm the early signs of an equity market rotation into Europe. While US-German spreads are testing December 2017 levels, the relative performance of European equities is not. 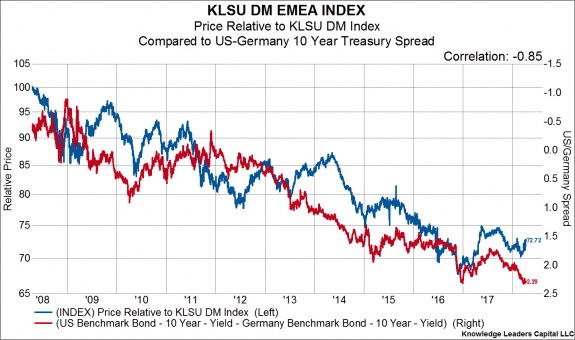 Of course, this means that US equity leadership may be coming to an end as well. 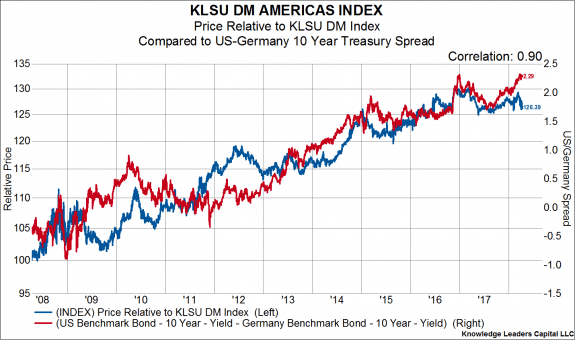 If the flat-spot in recent European growth numbers fades and economic growth perks back up, thereby narrowing bond spreads, this could signal the next stage of equity market rotation which would benefit European shares over US shares.