ValueWalk
Home Economics Trump Is Underestimating The Petro-Yuan And China’s Weapons To Fight This Trade... 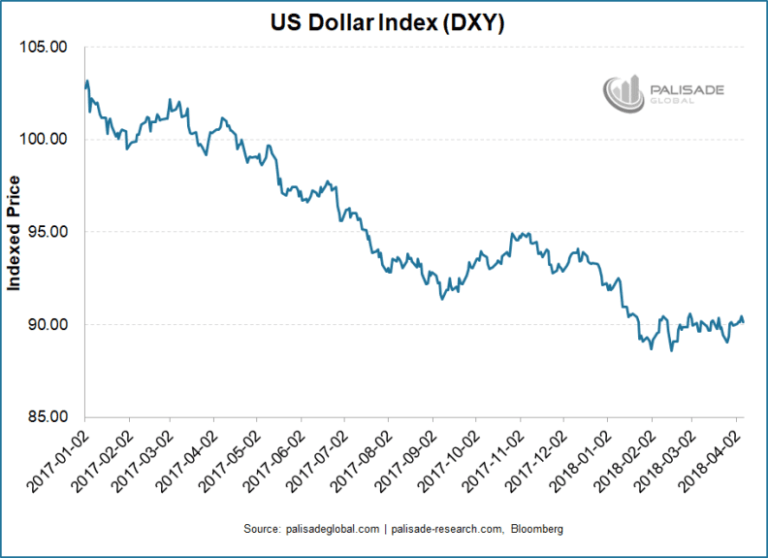 I always ask myself one thing when looking at investments.

“Is this fragile, robust, or positioned to be anti-fragile? What’s my risk and reward?”

I use a top down approach to try and forecast longer term probabilities for success or failure. When measuring macro-situations, my analysts and I call this our Macro-Fragility Index (MFI).

And lately it’s buzzing that the U.S. is dangerously fragile. . .

Just today, President Trump said in a radio interview that the U.S markets might be in for some “pain” because of the trade war with China.

But afterwards he said that in the long run, America will be better off (said by every protectionist – ever).

“We have to do things that other people wouldn’t do. So, we may take a hit, but you know what, ultimately, we’re going to be much stronger for it. . . It’s something we had to do…”

But the question is: how much pain can we expect, and from where?

After the Trump’s administration slapped trade tariffs targeting $50 billion on imports from China earlier this week – the Chinese fired back.

Less than 48 hours later, China announced a plan to impose 25% tariffs on $50 billion worth of US exports – 106 items like soybeans and chemicals will be affected.

Then, Today, China stated they will retaliate tit-for-tat and at any cost, in this trade war.

We can expect Trump will do the same – as he’s already said he’s putting up with short term pain for long term gain.

So don’t be surprised if he doesn’t say anything to calm markets in the short run. . .

But there was one comment that no one else seems to be picking up on. If you read between the lines of what China said, it really got me worried. . .

China said that they will “firmly attack, using new comprehensive countermeasures, to firmly defend the interest of the nation and its people. . .”

What are these “new comprehensive countermeasures” that China is talking about?

For starters – they started threatening the US Dollar hegemony in the oil markets.

Many who know about the petro-dollar will tell you that this secretive agreement made in the 1970’s between Henry Kissinger and Saudi Arabia is what has secured the dollars reserve currency status.

The gist was that if any country wanted to buy oil from Saudi Arabia – which was then the worlds largest and cheapest oil producer – they would have to convert their local currencies into US Dollars. Otherwise they wouldn’t accept payment.

So if China wanted oil, they couldn’t buy Saudi oil with their Yuan. They would have to convert their Yuan on the Foreign Exchange market into dollars. Then they would be able to buy the oil from Saudi Arabia.

Hence how it got the name petro-dollar.

This deal by Kissinger and the Saudi Royal Family has been genius for the US. . .

It allowed the United States to always have constant global demand for their dollars.

And since major countries needed to have dollars on hand to buy oil every-day – they all kept ample dollar reserves.

Oh, and what did Saudi Arabia get out of all this? The U.S.’ assurance that their military will back and protect the Saudi Royal family.

And with the collapse or Iraq, Egypt, Libya, and Syria – we can see how well that has worked for them.

So it’s no surprise that to break free from the U.S. Dollar – China must establish their own oil market and payment system for it.

And this is exactly what they did recently when launching the Petro-Yuan. . .

This isn’t something that happened overnight. China has been quietly working their plan to rollback the United States grip on international trade foryears.

But in late March 2018, they finally went through with what many called a “conspiracy theory” and the first ever Yuan-backed crude oil contracts traded on the Shanghai stock exchange.

In the first day of launching, demand was high.

By removing themselves from the grip of the petro-dollar, China just hedged themselves from any potential sanctions by the U.S. in the oil markets – just like they did to Russia, Iran, and Venezuala.

What other “comprehensive countermeasures” does China have to use against the U.S?

It doesn’t help that China is our largest foreign debt holder – totaling $1.2 Trillion.

This is by far their ‘nuclear’ option.

If China started dumping U.S. debt, that would be a catastrophe – for everyone, including China.

They know this – so it isn’t something they would do freely. But if they have to, they will.

If that nuclear option does happen, the U.S. Dollar would plummet.

So far over the last 15 months the USD has been in steady decline as economic problems mount. . . 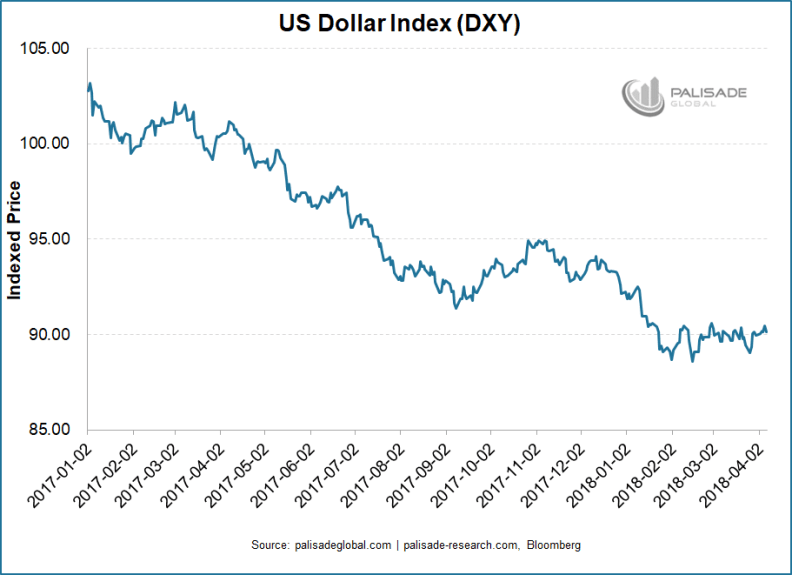 President Trump is piling on massive debts and the U.S. is running huge deficits – this is the time where the Treasury needs someone to buy even more of their debt and bonds.

“Investors worry that if China purchases fewer Treasuries, the US government would have to find alternative buyers. That could prompt a rise in the rate of interest it pays and increase the cost of serving America’s vast national debt.”

Imagine if you are investing in a friend’s business. He plans to expand in the short run with much more debt with hopes to jump-start long term growth. But all of a sudden, he gets into a fight with his creditors and the bank who is financing his business.

It’s not a good idea for investors to be putting more money into a business that needs substantially more loans from the very person they’re fighting with. . .

China has that over the United States – it’s the ace up their sleeve.

All these quick-fired exchanges of tariffs and trade war escalations between the world’s two largest economies is unsettling.

Especially that both refuse to back down.

This has made the United States extremely fragile.

As an investor, you need to see these things from afar – have some imagination and independent thinking – and start positioning yourself properly.

The Petro-Yuan didn’t come up overnight and the talk of Trade War between the U.S. and China didn’t either.

Right now the market is volatile trying to decide how things are going to go.

I wrote an article earlier this week about using gold and gold mining equities as a portfolio tail-hedge – it’s a must read with how fragile things are.

Having gold right now in the portfolio will offset any losses from blowback of a trade war, a collapsing stock market, and a fragile U.S. economy.

There’s a reason China and Russia have been buying and mining huge amounts of gold.

There will be a lot of short term pain – and contrary to what Trump believes – no long term gain from this trade war. Especially with our largest foreign debt holder.

History tells us that much. . .

Don’t get caught off guard from China’s “comprehensive countermeasures.”

Just like China said, “We don’t want a trade war, but we are not afraid of one.“