ValueWalk
Home Top Stories If GDP Growth Is 3% Over The Next Ten Years, The Income... 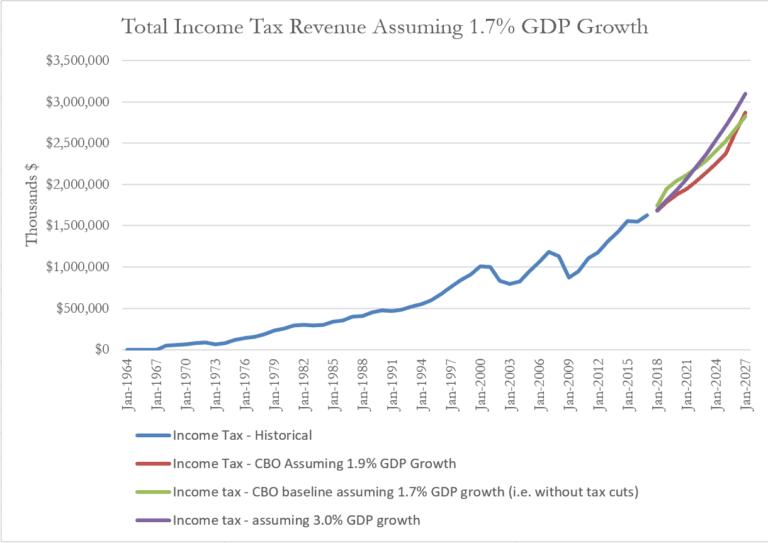 This past week the Congressional Budget Office (CBO) released their budget projections for FY 2018 through FY 2028.  The budget projections include a host of assumptions on things like GDP growth, potential GDP growth, interest rates, employment, revenues, and expenditures, to name a few.  Within the CBO information lies an assumption on a number that can, at times, have an impact on market participants (the impact is mostly indirect, but the influence is still there).  The figure is the projected GDP growth rate over the next 10 years.

PTJ: Change Will Happen Through Either Revolution, Higher Taxes Or Wars

If you don’t already know the figure, what would you guess they assumed?  Would you guess they assumed something like 3% GDP growth – the figure the Trump Administration used when releasing their budget proposal?  If you’re a student of politics, you likely know that the CBO is almost always more pessimistic than the President’s Office of Management and Budget (OMB), and thus projected a lower growth rate.  But, how much?  Would you guess 2.6% – the growth rate we saw in 2017?  Perhaps something in-between, like 2.75%?  Interestingly, the CBO assumed an average annual growth rate of 1.9%.  Is this realistic?  And, does it even matter? 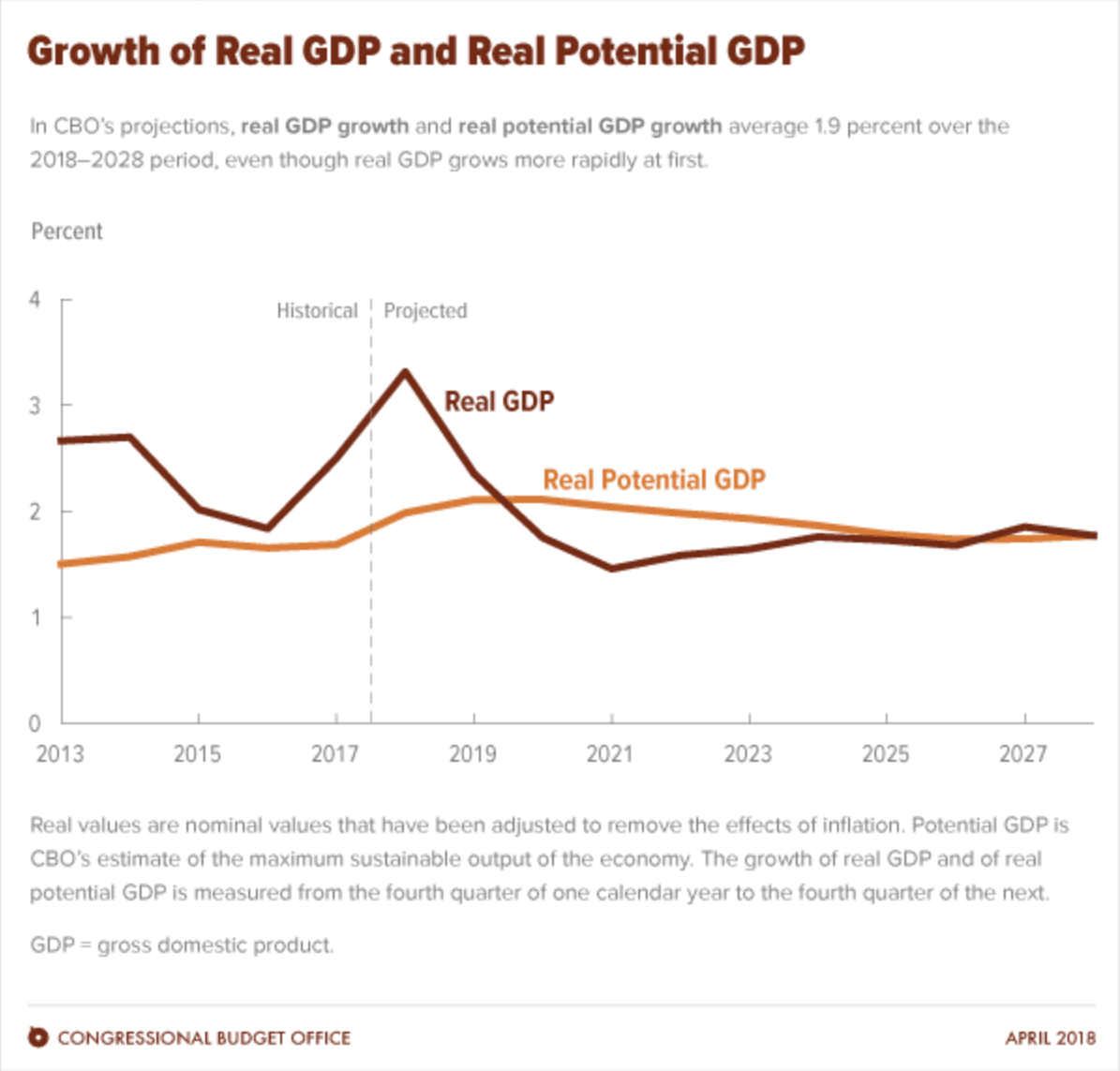 The answers to these two questions largely depend upon whether markets and the public care about the agenda of the CBO.

How To Profit From Convertible Preferred Stock The Charlie Munger Way

Now, lets assume 1.9% GDP growth, which is what the CBO released this week.  As shown below, income tax revenue is slightly stronger, but not strong enough to cover the "static" loss in revenue from the reduced income tax rates.

BoA: Border Taxes Will Not Have A Negative Impact On Trade

With such a large difference between the two figures, which one is right?  Well, that depends upon your philosophy on life and a host of other factors.  All we know so far is that GDP growth is stronger since the tax cuts were put in place and that economists generally hate the idea that tax cuts would pay for themselves.  Is it initial evidence versus a preconceived bias?