China Sunsine Chemical Holdings Limited is the top manufacturer globally and in China of rubber accelerators and other specialty chemicals used in rubber production, mainly to improve car tire functionality. 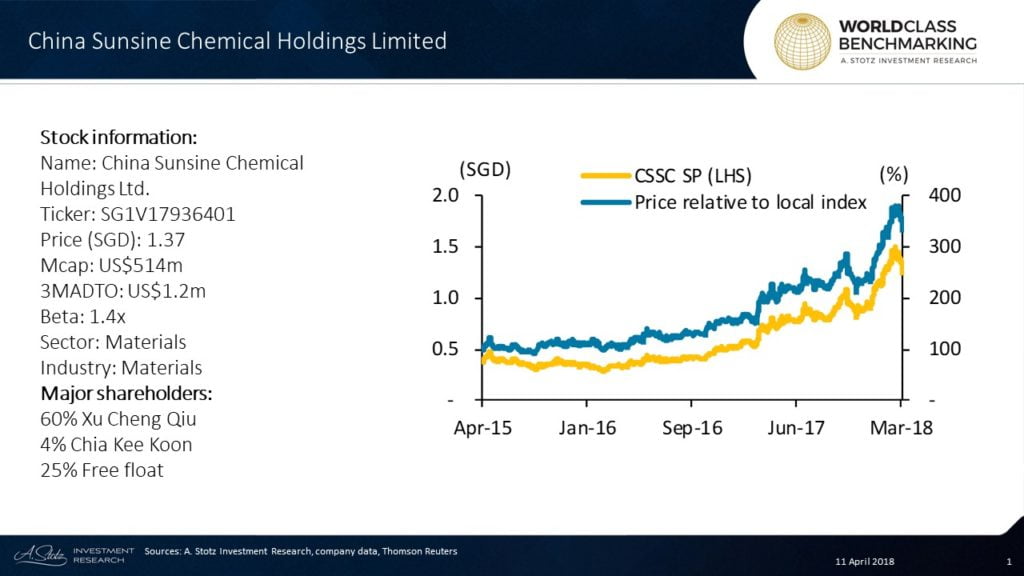 It has a 20% global market share and supplies 2/3 of the world’s top 75 tire makers from its five plants located in China.

The company has a global market share of 20% and 33% in China in rubber accelerators, which accounts for nearly 3/4 of sales, insoluble sulfur 1/4, and the rest antioxidants, chemicals needed for strengthening and improving the function of rubber used mainly in car tires. 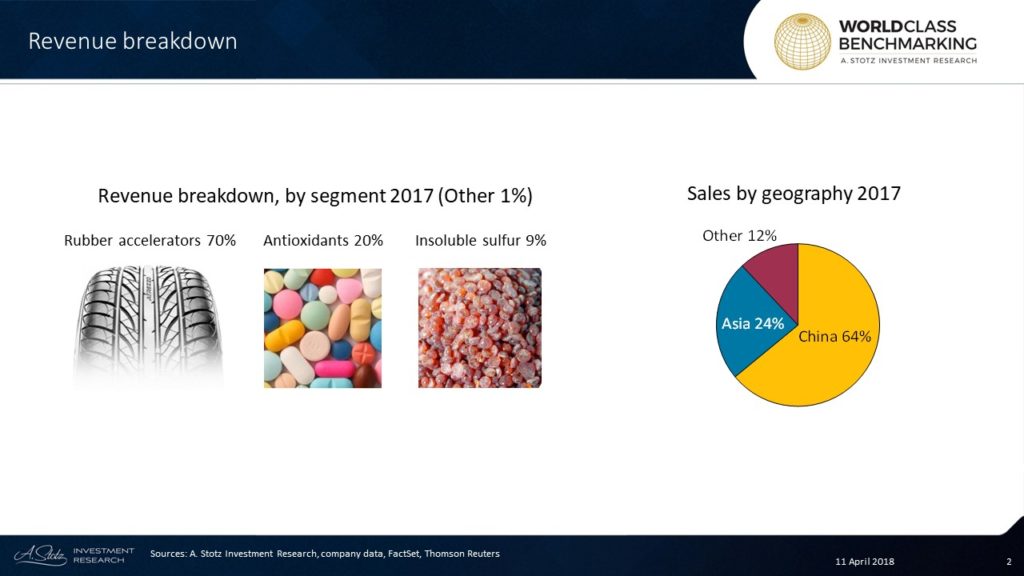 China has dominated the niche rubber chemical market for some years, and the country accounts for 76% of global output. While demand has remained healthy, tougher environmental regulations in China are steadily phasing out smaller producers in favor of the leading manufacturers, such as CSSC, which are more efficient. This has led to firmer pricing trends.

Xu Chung Qui is the Chairman of CSSC and has served in this position since 1998. He joined the Group in 1977 and has received numerous awards throughout his career such as the “Outstanding Entrepreneur” award, from the Heze City Economic and Trade Committee and the “Excellent Leader in Technological Innovation” by China Rubber Industry Association. He received his Bachelor’s degree in Rubber Chemical Engineering from Shandong Chemical College, China and later became a qualified senior engineer. 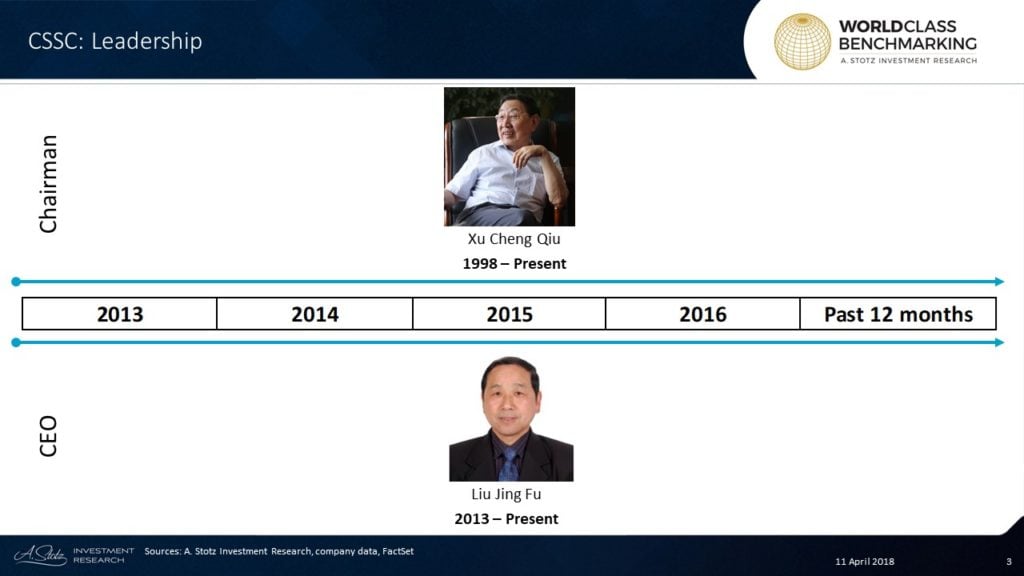 Liu Jing Fu was appointed the CEO of CSSC in 2013. Before joining CSSC in 2006, he served as the deputy chairman of Heze Petroleum Chemical Association and the Deputy Chairman of Heze Electrical, Mechanical and Petrochemical Association. In a similar manner to the Chairman, he obtained his Bachelor’s degree in Chemical Engineering from Shandong Chemical College and later became a qualified senior engineer.

Profitable Growth has improved since 2013 and has maintained its excellent ranking at #1 in the past 12 months. CSSC ranked among the top 85 of 850 medium Materials companies worldwide.

Profitability has had identical performance to Profitable Growth in term of rankings. Growth fell in 2015 but has been improving since. 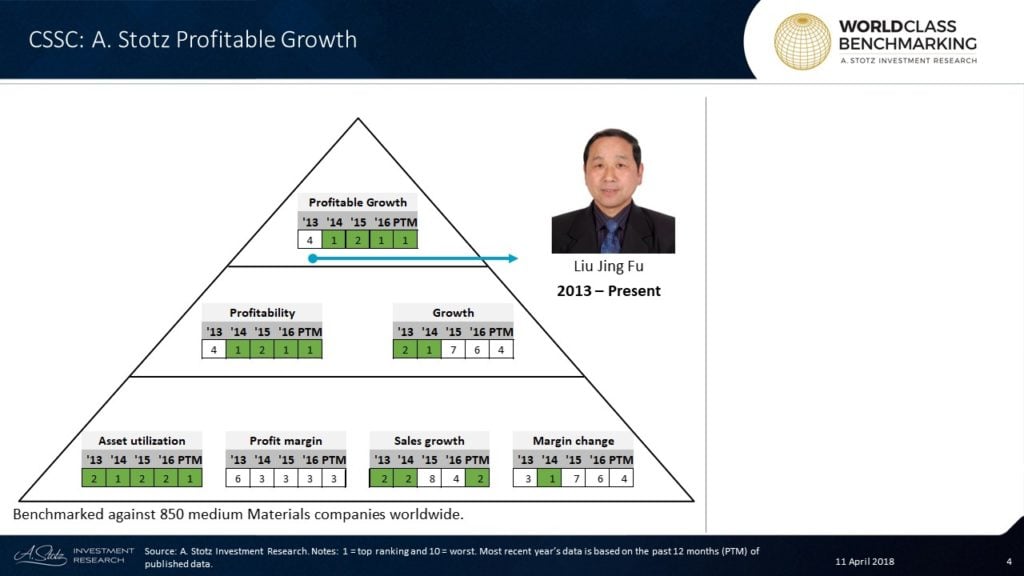 Asset utilization has consistently ranked in the top-two deciles over the years and Profit margin has ranked at #3 since 2014.