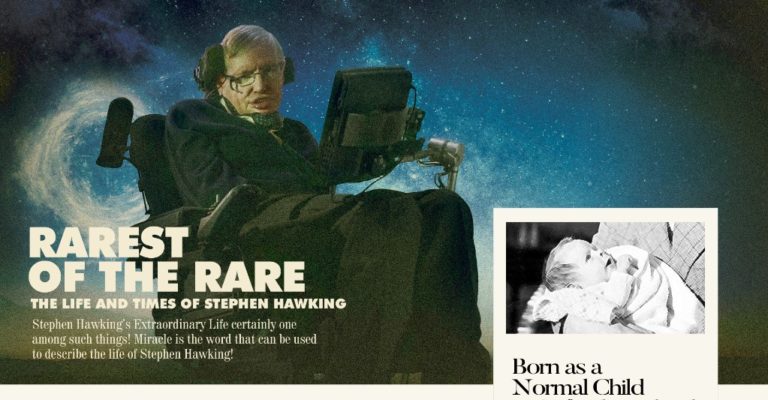 Apart from being a scientist, Stephen shared the affinity with words too. It was towards the end of the eighties that his book “Brief History of the Time” got published. Considered as his bestseller works, the book has been translated into as many as 40 languages till now due to its novel concepts and innovative thoughts. The global interest of readers can be gauged by the fact that till date more than 25 million copies of his book have been sold. He had published as many as 14 different books and is also accredited with 6 films/series.

Stephen started revealing more about his personal life in 1994 as a part of his scientific lectures. He started making strong family bonds but science still played a major role in that aspect too. It was during this time of great bonding that Stephen co-published a science fiction with his daughter Lucy.

After writing so much on the space and its secrets it was but natural for him to get interested in experiencing the space and gravity. That’s when he considered having a space simulation experience at Kennedy Space Centre. He experienced two different levels of gravity zero G and higher G. He was so exhilarated after the experience that he said that he could have gone on and on!

Hawking is considered as rarest of the rare case and scientists believe it is mainly because of his strong genes that could have resulted in such a long life of Stephen Hawking even after been diagnosed with ALS.