ValueWalk
Home Top Stories Silver Breaks Lower – When Will It Catch Up to Gold?

For the week, silver finished lower by 1.9% or $0.31 to close at $16.27 as of the final trade on the New York COMEX on Friday afternoon. The negative price action in silver at this juncture can only be taken as a warning sign for the entire precious metals complex moving forward: silver is acting weaker than it should at the start of an expected long-term precious metals advance. There is still a scenario by which this market could resolve higher later this year and into 2019, but it will have to prove itself in a defined manner by Q3 – Q4.

There are several important points to note about the pattern that is now shaping up in silver, the chart of which is referenced below: 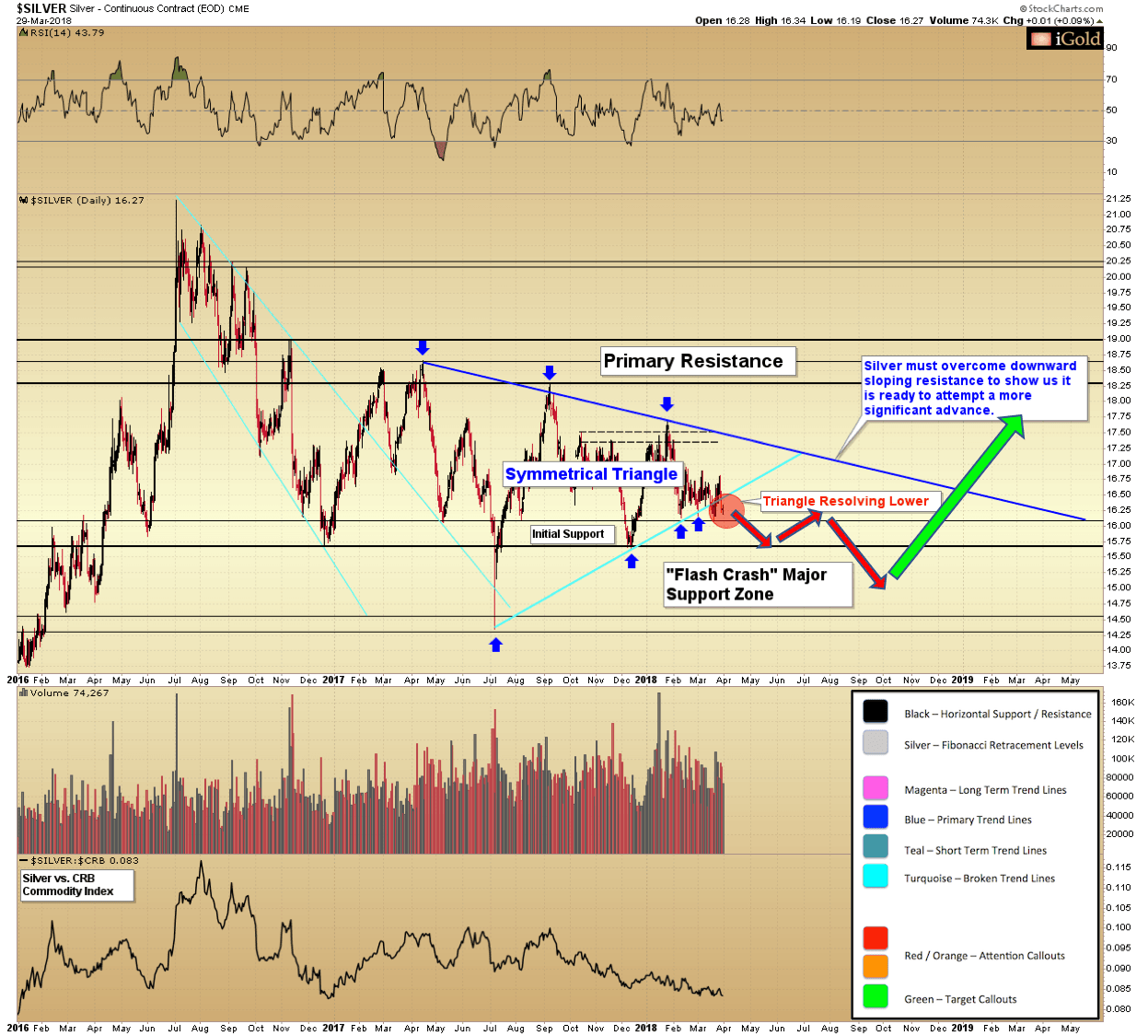 We continue to monitor the ratio between Wheaton Precious Metals (WPM, formerly Silver Wheaton), the largest silver streaming company in the world, and the price of silver itself. The purpose for observing this relationship is that WPM investors as a sum tend to discount unsustainable advances or declines in the underlying metal.

Updated below, we continue to note WPM forming higher lows throughout February and March, even while silver is forming matching lows as it breaks lower from its symmetrical triangle. 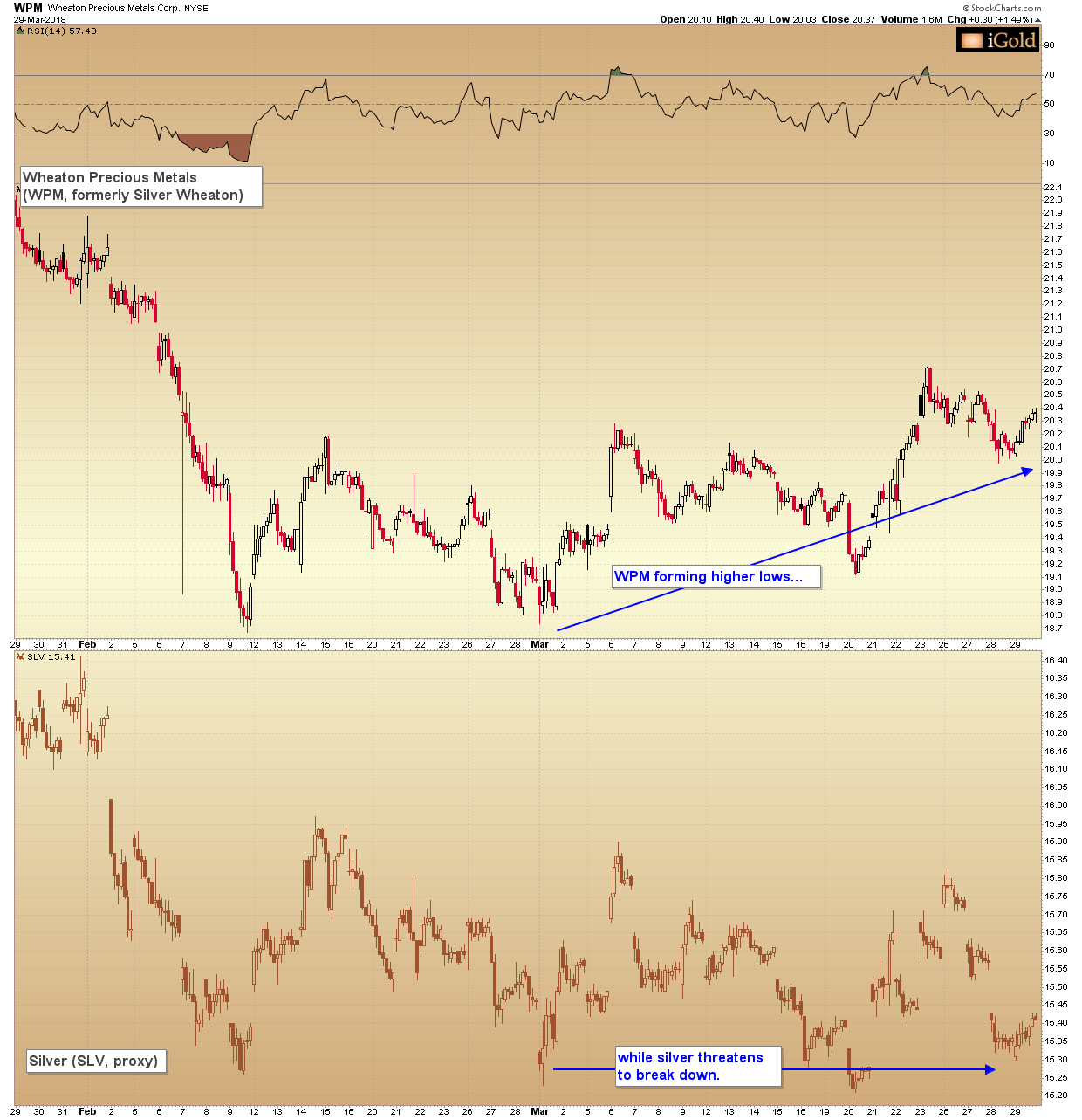 In extreme cases, we have observed times in which WPM can maintain a positive divergence from silver for up to 6 months. This may be what is setting up in the relative price action presently.

Our best assessment is that WPM will continue to meaningfully hold above its February / March lows at 18.7, even while silver itself continues to grind lower into its flash crash support zone over the next 1-2 quarters.

This leading indicator would thus set the stage for silver to begin catching up to gold later this year.

Taken in isolation, silver is showing negative price action which reveals lower targets. The metal has broken its symmetrical triangle lower, and would have to maintain several weekly closes above $16.60 to negate this breakdown.

The opportunity for silver to advance with gold is still ahead of us, but it must show itself in no uncertain manner as gold breaks 2016 highs later this year. WPM is not breaking down with silver, indicating a reasonable forward-looking expectation for silver to reverse higher later this year.