ValueWalk
Home Economics What Will Be The ‘Powell Put’? Rate Hikes And Normalization In 2018... 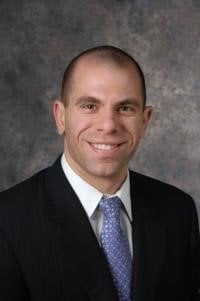 On March 21, the Fed raised its key interest rate by 25 basis points, from 1.5% up to 1.75%. This came as a surprise to no one. Fed Chairman Jerome Powell’s testimony before Congress in February telegraphed his intention to raise interest rates in March, the first of three (or possibly four) rate hikes in 2018. The announcement caused some tremors in the markets, but the near certainty that the Fed would raise rates in March likely helped temper investor reaction.

There remains fierce debate on the overall impact of the Fed’s low rates, extreme policies, and quantitative easing program that were engaged nearly a decade ago in response to the sub-prime mortgage crisis and ensuing recession. The long-term consequences for inflation and economic growth are unclear. Looking ahead, even as raising interest rates is a valuable check on inflation targets, there is another equally important side to the coin as the Fed continues to climb from the aftermath of its bond- buying frenzy. That is, unwinding the $4.5 trillion on the Fed’s balance sheet.

As the Fed Chairman said at a March 21 press conference, referring to the Fed’s balance sheet normalization (reduction), “Barring a very significant and unexpected weakening in the outlook, we do not intend to alter this program.”

This could be significant in the sense that he is telegraphing that he is willing to suffer more pain in the capital markets than his predecessors. Thus, normalization may be more important than interest rate hikes in the short term.

Shortly after the Fed began withdrawing cash from the system through its selling of bonds on its balance sheet in October 2017, we started to get some volatility after a long period of low volatility. Given that we are still at “crisis mode” interest rate levels, raising rates and normalizing the balance sheet would give the Fed ammunition for the next recession.

One reason cited for the timing of the interest rate increase was the Fed’s assessment that the economy is strengthening. However, not everyone agrees the economy is sufficiently strong, and unfortunately, removing accommodation in what some still view as a fragile economy may be the very thing that triggers the next recession. If this happens early enough in the normalization process, the Fed may be facing a recession with very little ammunition.

Thus, a central question about the implications of Fed action under the stewardship of the new chairman is whether Powell will continue the legacy of the “Greenspan put.” Beginning with Alan Greenspan, and later continued by Ben Bernanke and Janet Yellen, investors came to expect that anytime the markets got into trouble, the Fed would implement accommodative policies to “save” financial markets. One could argue the 2008 financial crisis was partially due to market participants who assumed they had a Fed safety net and took more risk than they would have otherwise.

The late great American economist Hyman Minsky hypothesized that stability breeds instability as people get too comfortable. In hindsight, we can see that debt and leverage became so high that by the time 2007 came around, there was too much bad debt and risk in the system for the Fed to stop a tidal wave of defaults. They and other central bankers had to resort to some of the most extreme monetary policies in history just to avert what could have been (and most likely would have been) a depression.

One example of easy money side effects is what the Bank of International Settlements calls “zombie” firms. These are companies that don’t make enough money to even pay their taxes and interest. As you can see in the chart below, those firms account for more than 16% of U.S. public companies.

Many argue myself included, that it is much healthier to let an economy go through its normal business cycle, recessions and all, to have a healthy clearing of the system. The problem Mr. Powell inherits is that if you’re far enough down the road of risk taking (high leverage, high valuations, etc.), you can’t suddenly be a dogmatic disciplinarian as you might cause too big of a shock to the system.

The “Powell Put” (if he doesn’t follow his predecessors of being a helicopter parent) will come down to a game of chicken as we enter the next recession. If he flinches too early, he’s rescuing firms that have been undisciplined with their capital, not forcing enough weak players into bankruptcy. But if he flinches too late, he could lead an over-levered economy into a too severe recession that turns worse when market participants realize the safety net is not what it used to be.

This information is for general use with the public and is designed for informational or educational purposes only.  It is not intended as investment advice and is not a recommendation for retirement savings. Lincoln Financial Advisors Corp. and its representatives do not provide legal or tax advice. You may want to consult a legal or tax advisor regarding any legal or tax information as it relates to your personal circumstances.

Loic LeMener is the founder and President of Opus Wealth Management in Dallas, Texas, a boutique wealth management firm that specializes in personalized client solutions. Loic and his team provide their clients with a targeted needs evaluation to answer important questions that provide a better, more personalized experience. The team focuses on integrity and believes in the following “golden rule” – they won’t do anything for you that they would not do for themselves or their loved ones.

Loic received his Masters in Business Administration from Southern Methodist University, studying Finance, Accounting and Portfolio Management. He also earned the Certified Financial Planner™ certification and the prestigious Chartered Financial Analyst® designation. In addition, he has been quoted in national publications such as Barron’s.

In his free time, Loic is a devout reader, with his favorite topic being “value investing.” His favorite investors are Warren Buffett, Ben Graham, Charlie Munger, Seth Klarman, Howard Marks, and Jeremy Grantham.