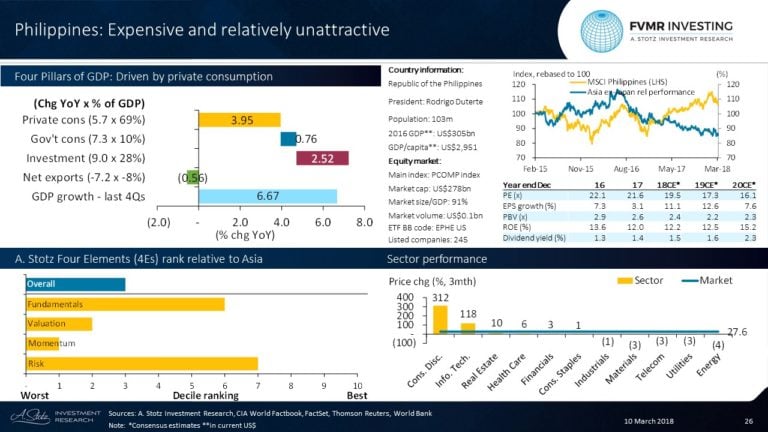 The Philippines has fast GDP growth, driven mainly by private consumption and private investments. Net export was a drag on GDP growth in the past four quarters.

The Philippines is most expensive in Asia on PE

The Philippines is most expensive in Asia on 2018CE* 19.5x PE and third most expensive on PB. Dividend yield is low and ROE is in line with Asia ex Japan.

Wait…what? Consumer Discretionary went up by 312% in three months?! 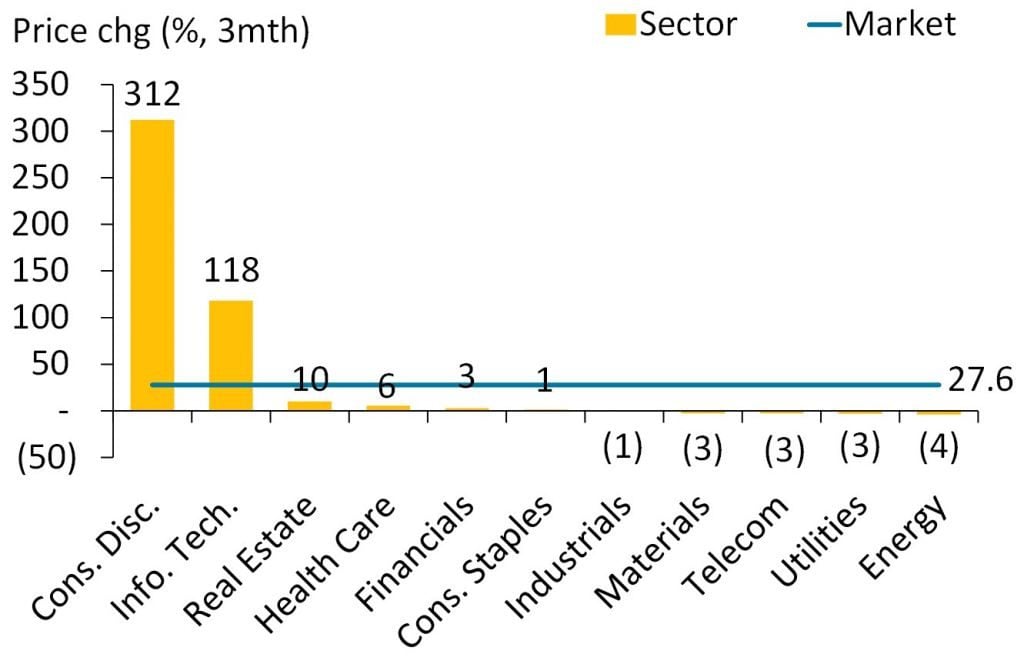 Do you believe this performance? It’s hard to believe and, in fact, we thought it was a data error. However, it turned out to be true.

The Philippine Telecom market is a duopoly with PLDT and Globe Telecom. President Duterte announced to award a third telecom license and also invited Chinese players to take a role in it as well. Golden Haven Inc, in death care, is speculated as a possible vehicle for the Villar family to become the third Telecom operator, hence, the share price was pumped up 1,648%.

And what about Info Tech going up by 118%? Same reasoning behind the speculation as mentioned above. Investors started to push up the prices in three Info Tech stocks, namely NOW, EasyCall, and Transpacific Broadband. 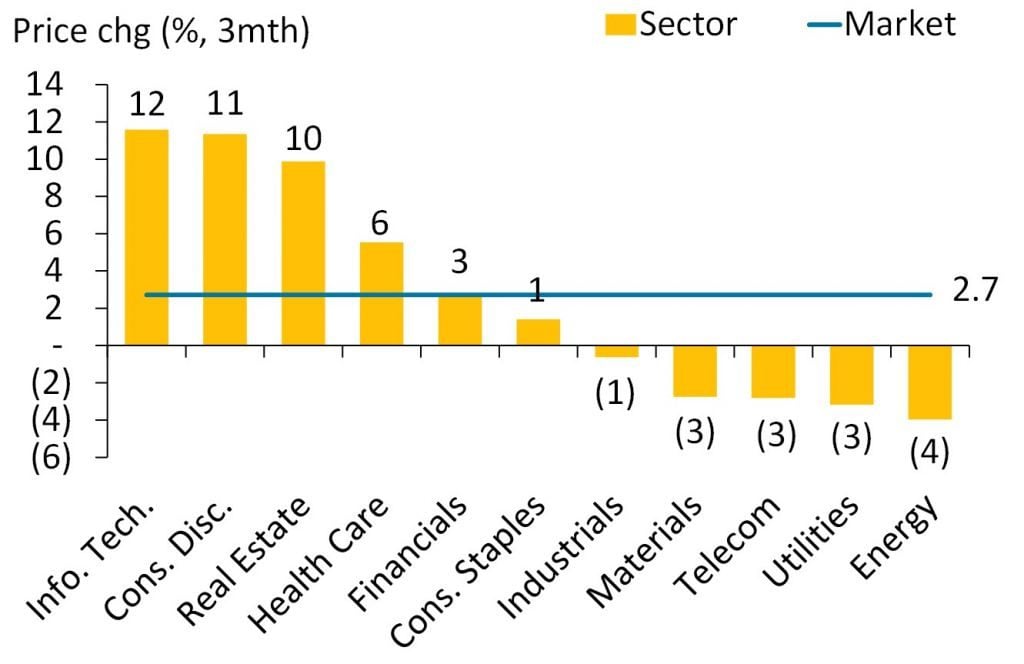 While the first chart is not incorrect, this latter might be more representative.