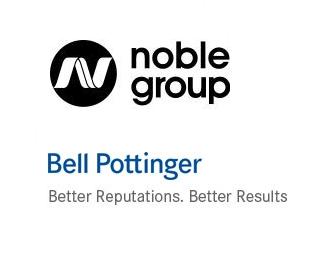 Probably the most inusitate piece written by the cretins: A Noble MD states that Noble Group Shipping division, performs quarter after quarter, it’s the trading part who losts !

It has been “full performance all the way through” at Noble Chartering despite the parent company’s huge crisis and uncertain future, Noble Chartering CEO Michael Nagler tells ShippingWatch. The number of employees and ships has been reduced significantly over the past four years.

Commodity trader Noble Group has gone through a steep downturn in the past three years, and meanwhile, the number of ships and employees at subsidiary Noble Chartering has been reduced significantly. But even though Singapore-based Noble Group is currently struggling to settle a comprehensive restructuring at a time when the founder and majority shareholder has pulled out, and while the parent company has been hit by several lawsuits, the dry bulk business itself is running “normally,” Noble Chartering CEO Michael Nagler tells ShippingWatch.

Michael Nagler tells us that Noble incapacity is because of others divisions.

This mental-model is flawed.
Indeed we know that Noble has kept shipping the coal at a loss.

–
Noble Chartering is charging a fixed FEE to => Noble Resources SA trading 10-12 million tons* at a loss=> on behalf of Noble Group Limited (Noble), the parent company => laying off their losses on the shareholders & credit investors.

The big picture is that those taking risk at noble have not been exposed to their losses.
Who takes risks must be exposed to the losses that come from them.
At any other trading co. Nagler is FIRED.
Any other co.

It’s even truer in life than in a bad series script.

The jokers haven’t passed the scrutinity of the polygraph.

*Reported volume by Noble Management and turnover growth are an extremely contentious issue.