Gmail web version is getting a major overhaul with several users of the G-Suite starting to see the changes. With the Gmail redesign, Google aims to narrow the disparity between the web and the mobile versions along with adding new functionality. Though the new Gmail design focuses much more on the business users, the consumers also will receive the updates, and it’s starting to roll out starting today.

“You can start using these new updates in Gmail on the web today, with some features appearing within the coming weeks. Go to Settings (the cog wheel in the top right corner of your inbox) and select ‘Try the new Gmail,’” the search giant says in a blog post.

One of the many useful features in the new Gmail design is the prompt action option available as the user hovers over the emails. The options would include archive, delete, mark as unread, and snooze. Of all these options, Snooze is the newest feature for the web version. With the Snooze function, a user can decide when to be reminded about the email. The duration of the Snooze can be selected.

There is also a nudging option in the new Gmail design for reminding users. However, unlike the snooze, the reminder is displayed in the text format next to the email in case the user has still to respond to the email. 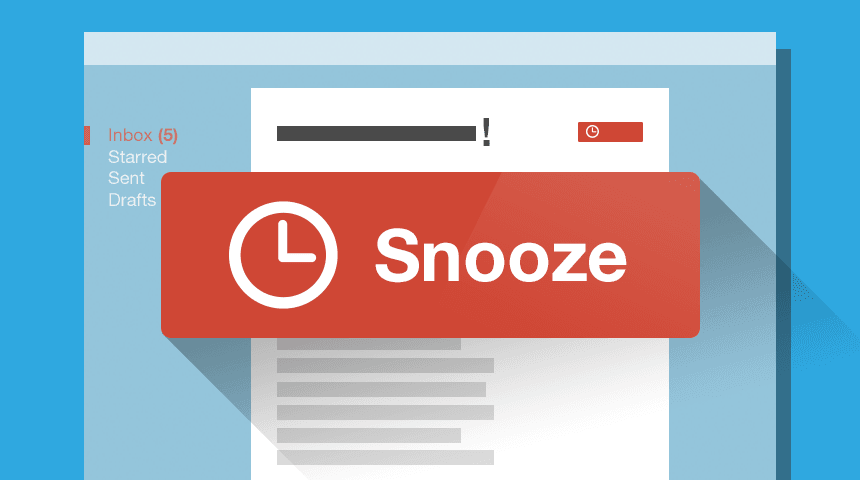 On the privacy front, Google has added a “Confidential Mode” to the new Gmail design. Usually, the emails sent by anyone remain in the inbox for ever if not deleted by the receiver. However, the “Confidential Mode” would send a link to the content rather than the content itself. The content would be securely encrypted and remain in the inbox until the sender revokes the access. Also, a time limit can be set after which the link automatically expires.

The Gmail redesign would allow sending a confidential email to anyone and not just confined to those who use Gmail. In addition, users can also enable two-factor authentication to make sure only the intended recipient opens the link. With the “Confidential Mode,” it would be impossible to copy, text and save pages.

The new Gmail design will also protect users from becoming a victim of phishing. Although Gmail has a reputation for providing the best spam filter, phishing has appeared to be a major concern for some time now. With machine learning, Gmail would identify the potential threats more clearly than before. Earlier, there was a small bar shown for the potential phishing emails, warning users that they should open the mails at their own risk. The warning in the new Gmail design would be more visible and also explain the dangers of opening the mail in simple language. 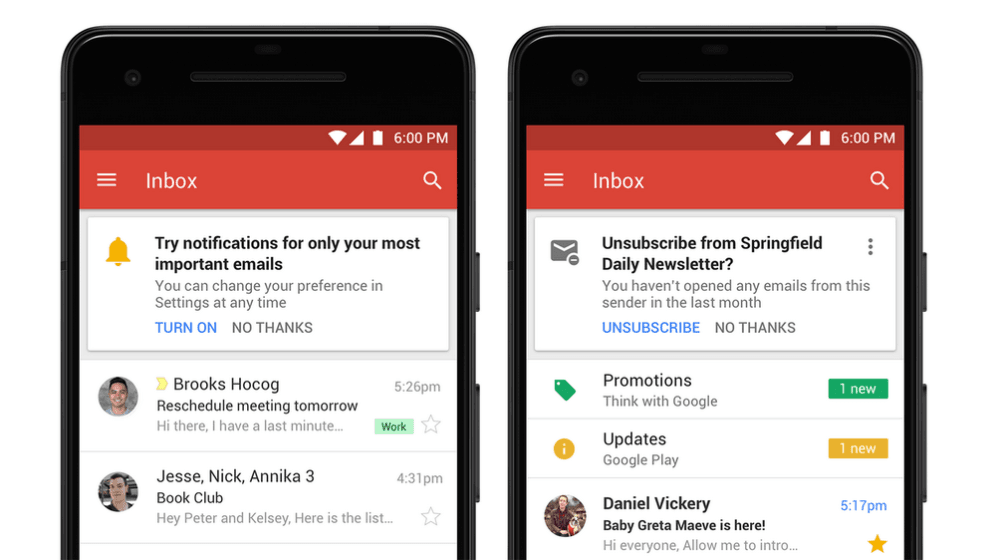 Among the new productivity features, the most significant one is the sidebar on the right side. The new sidebar would make it easier to access the Google Calendar, the task list, or other plugins just beside the emails. The new feature also simplifies creating reminders and can drag emails on to the tasks as a to-do list.

Also, the Gmail redesign offers the ability to collapse the left side panel that shows the usual navigation links, and therefore, offers more horizontal space.

Speaking to The Verge, Jacob Bank, lead product manager for Gmail, said that they had bifurcated the user base. “The vast majority prefer a more comfortable display, but a small but vocal minority just wants to see as many emails as possible,” the executive said.

There would also be an offline mode without the need of any Chrome plugins. The new feature offers the ease of writing responses to emails from places with no internet connection and then syncs them to the inbox. The responses will be sent once the internet is accessible.

The new Gmail design also has a smart reply feature, the most loved feature of the Gmail App. Now the same feature would also be available in the web version. The feature, which scans the email and identifies how the user might want to respond, helps users with one tap responses.

Not just the web version, but the Gmail app would also get updates. There would be a high priority notification setting to ensure that a user gets push alerts about important messages only. Also, Google is planning to show unsubscribe suggestions to the user through notifications. These notifications would appear in the inbox, and will depend on the number of emails sent to the user and how many are actually read by the user.