Nestle (Malaysia) Berhad is a food and beverage manufacturer and distributor in Malaysia and internationally.

It is a subsidiary of Nestle S.A. (NESN SW), the world’s largest food manufacturer.

The company is originally Swiss. The Malaysian branch was founded in 1912 and now has 8 factories, employing more than 5,500 people.

It also manufactures and sells yogurt, health science products, as well as infant and maternal nutrition products. These products are mainly sold under the brands Lactokid, Comfortis, Nestle Omega Plus and Nestle Bliss. 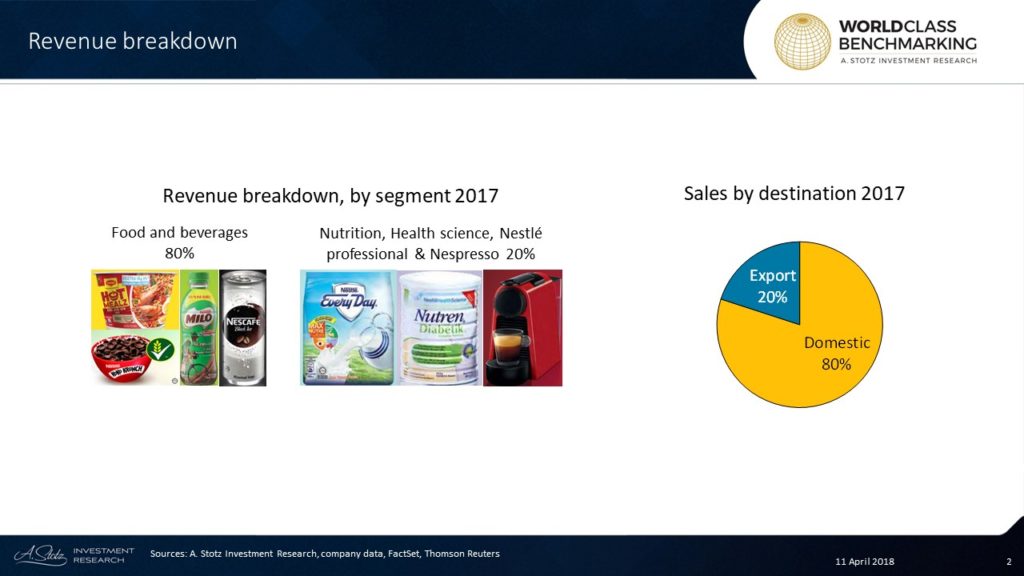 NESZ is now ready to take advantage of the online buying trend, being well positioned using platforms such as Lazada, Shoppee, and 11street. E-commerce sales contributed only 2% of total sales but grew rapidly.

In addition, it produces and markets more than 500 halal products, foods prepared as prescribed by Muslim law. These products are sold in Malaysia and 50 other countries. NESZ also has a child health program present in 177 schools reaching over 10,000 students.

Seri Syed Anwar Jamalullail has been the Chairman of NESZ since 2009. He has held senior positions in many companies throughout his career and currently also holds Chairmanship in Cahya Mata Sarawak Berhad (CMS MK), Lembaga Zakat Selangor, Pulau Indah Ventures Sdn. Bhd and Malakoff Corporation Berhad (MLK MK). He is also the Chancellor of SEGi University, Malaysia. He received his Bachelor of Arts degree in Accounting from Macquarie University, Australia and is also a  Chartered Accountant and a Certified Practising Accountant. 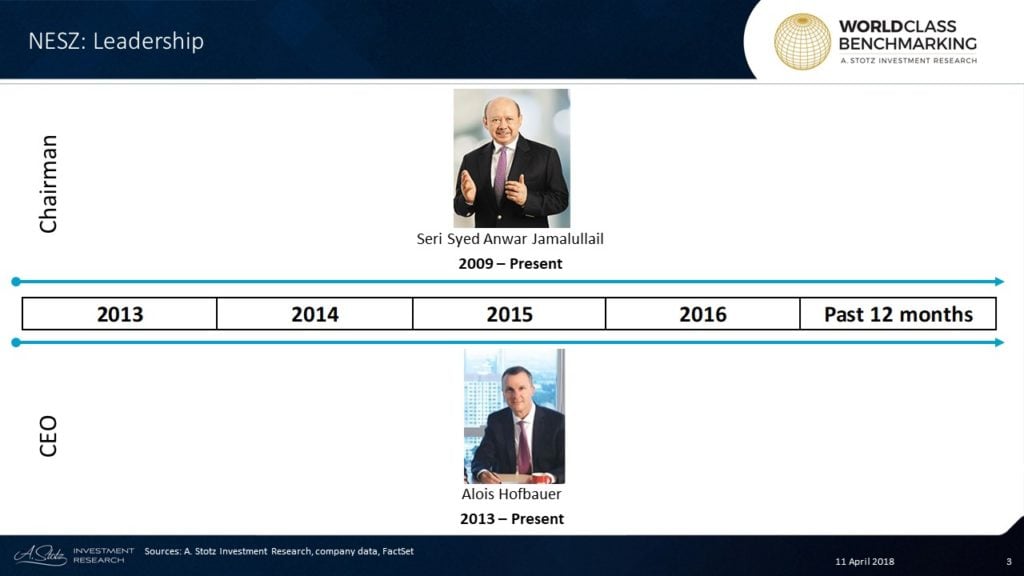 Alois Hofbauer is currently serving as the CEO of NESZ and has been operating in this position since 2013. He joined the company in 1990 and has worked in many positions in multiple countries. He is a graduate of the Swiss Business School Institute for Management Development and the University of Innsbruck in Economics and Business, Austria.

Profitable Growth has been excellent throughout the years, consistently ranked at #1 since 2013. Ranked among the top 60 of 600 large Consumer Staples companies worldwide.

While Profitability has consistently ranked #1, Growth has had below-average rankings in most years. NESZ’s overall Profitable Growth rank is mainly driven by exceptionally high Profitability. 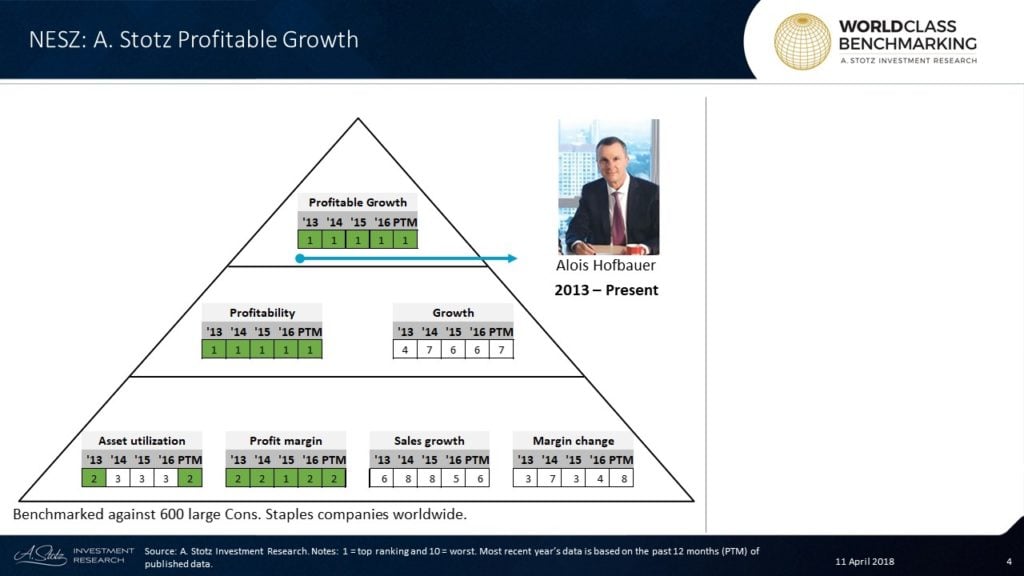 Sales growth ranked better than in 2014-2015 but ranked below average at #6 in the past 12 months. Margin change has seen fluctuations and ranked poorly at #8 in the most recent period.