Give thanks to the corporations that have made our modern lives amazing.

Everyone loves to hate Uber, but there are few companies that have made the world so much better in such a short period of time.

Uber has done significantly more to improve the world than the Red Cross, Unicef, and every other nonprofit.

They have done significantly more to improve the world than the Red Cross, Unicef, and every other nonprofit. They have given millions of people around the world a means to make money and crushed corrupt and exploitative Taxi monopolies.

The public loves Lyft, their feel-good approach, their willingness to comply with regulations, and lack of effective surge pricing, but Lyft can only be the good guy because Uber fought the corrupt governments to establish ride sharing in cities around the world.

There are two distinct groups that dislike Starbucks. One is the hipster, “we should ban Starbucks in Portland” crowd and the Dunkin Doughnuts “why would you pay that much for coffee” crowd. Both miss the awesomeness of Starbucks.

All over the world, this company has created oasis’ for work and human connection. They are promoting great experience design with places like Starbucks Reserve. They deliver a consistently great experience whether you are in Atlanta, or Singapore, or Bangkok, or Mexico. Plus they employee hundreds of thousands of people (more if you consider the massive supply chain), and created the market that allows hipster cafes to exist.

I don’t shop at Walmart very often (see below), but they a massive value creator for society that everyone hates.

Rich people who prefer to imagine that poor people don’t exist, like to lobby cities to prevent Walmart.

Rich people who prefer to imagine that poor people don’t exist, like to lobby cities to prevent Walmart, ignoring how much they have improved the lives of people all over the world. They are the driving force of lowering the prices on all sorts of product. They have democratized wealth by pushing down supply costs and giving people access to inexpensive versions of almost any product available.

People don’t actually hate Amazon that much, which is ironic given the vitriol for Walmart–which is likely driven by a dislike of poor people–but I like them enough to put them on the list.

They are real-life Santa Clause and whether it is delivering awesome products to our houses, making books available in seconds (Kindle Store + Kindle), providing the backbone for the web (AWS), making great food more affordable (at Whole Foods), or producing great entertainment (like Man in The High Castle), they have increased the awesomeness level of life in 2018 by an extraordinary amount.

If only they would start their own country.

7/11 (and other convenience store companies)

So many people hate on convenience stores and the food you find there. They have become such a staple of modern life that we take them completely for granted. We don’t recognize how exceptional it is to be able to find the same food, which you know is safe and tasty, at almost every single exit from a highway in North America.

Here in Mexico City, there is an Oxxo or 7/11 on almost every other block. If I walk in any direction from my house, I can find bottled water, chips, and a granola bar within 5 minutes. To truly appreciate this you need to travel to a country that doesn’t have convenience stores.

When we were in Myanmar last year, on long bus journey’s after fighting off food poisoning, I would have paid $15 for a bag of lays and a Gatorade. Unfortunately, you can’t find either of things outside of specialty stores in major cities. You have to roll the dice with food your eating, no matter where you are. Of course, the food isn’t great for your long-term health, it’s sugary and fatty, but it is safe, consistent, and satiating. 100 years ago a modern convenience store would seem like a miracle. 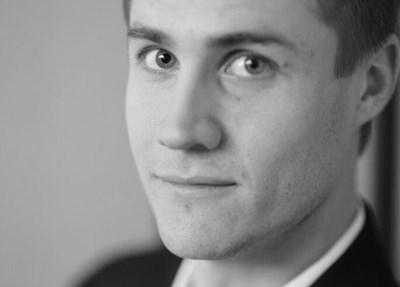