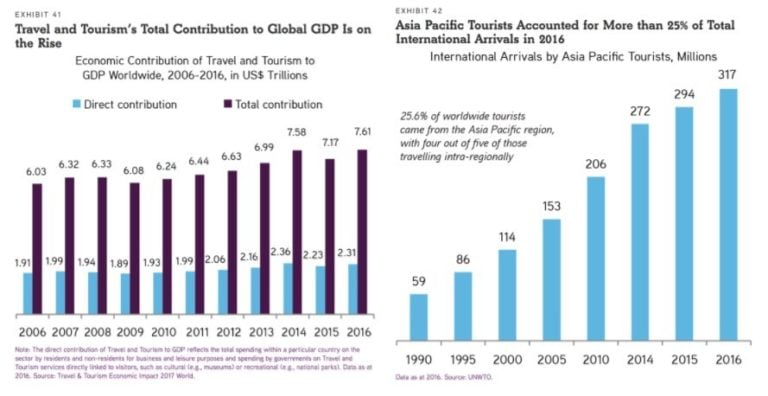 Jeff Bezos’ latest annual letter to shareholders is fresh off the press. His letters are always worth a read, and this one is no exception. This year, Bezos asks the question of whether high standards are intrinsic or teachable (he believes they’re teachable). He then lays out his, and Amazon’s, philosophy for teaching and maintaining high-standards. Here’s a section on the difference between universal and domain specific standards.

Understanding this point is important because it keeps you humble. You can consider yourself a person of high standards in general and still have debilitating blind spots. There can be whole arenas of endeavor where you may not even know that your standards are low or non-existent, and certainly not world class. It’s critical to be open to that likelihood.

It’s a short and thoughtful read. Here’s the link. Oh yeah… Bezos also discloses the number of Prime members for the first time. Amazon now has 100 MILLION prime users… To put that into some perspective, there’s 126 million total households in the US. That’s bananas…

Also, Eric Lonengran, a macro hedge fund manager and author of the excellent Philosophy of Money blog, wrote a post on how we should think about trade deficits. Hint: it’s not as simple as just “deficits are bad!”. Here’s an excerpt and the link.

To make it clear how foolish the ‘deficits are bad’ argument is, consider not just that for every country with a trade surplus there has to be one with a deficit, but every country that has a current account deficit also must have a capital account surplus on its balance of payments, in other words it receives more in inward investment than it sends overseas. In principle, Trump could reduce the trade deficit by making the US a lot less attractive to invest in. In fact, the evidence has shown for a very long time that the capital inflows which America receives on average receive very poor returns, so much so, that America manages to have net external assets. It would make more sense for the Chinese population to complain that its capital is being wasted financing the US government, for a near-zero real return.

Lastly, check out this new tool from Google. It’s called Talk To Books. Here’s the link. It uses AI and natural language processing to respond to your questions/thoughts with relevant excerpts from books. It’s pretty awesome and a great way to go down the rabbit hole on a topic and do some good book discovery.

Russ Roberts’ latest EconTalk podcast is killer. One of the more interesting interviews I’ve listened to in a while. In this episode, he chats with Jerry Muller about Jerry’s recent book, The Tyranny of Metrics, which is about how well-intentioned metrics often create perverse incentives. Here’s a snippet from the talk.

You know, some years ago the National Health Service in Britain had a lot of complaints about waiting times to be admitted to the hospitals were too long. So, they declared that hospitals would be penalized if the waiting time to get in to, to be admitted to the hospital was 4 hours or more. So, what did the hospital–so, some of the hospitals did the following: When they had patients coming in by ambulance and they knew that the wait was going to be more than 4 hours, they would have the ambulance circle around the hospital until they could admit the patients within 4 hours. Which sounds kind of amusing at first, until you think about the fact that there were then patients sitting at home, waiting to get picked up by those ambulances, who weren’t picked up in a timely way. So, the hospital could meet its metrics in a way that was transparent, but with negative effects for the actual purposes of the institutional. So, one of the things that metric fixation does, is it turns us all into gamers.

Charlie Munger has said, “Show me the incentive and I’ll show you the outcome” and, “I think I’ve been in the top 5% of my age cohort all my life in understanding the power of incentives, and all my life I’ve underestimated it. Never a year passes that I don’t get some surprise that pushes my limit a little farther.”

Simply put, incentives are everything. For whatever reason, this is a lesson that we (humans) need to learn over and over again.

Check out the talk, it’s great. Here’s the link.

I finally finished reading all 600 pages of Yardeni’s book, Predicting the Markets. The book covers a wide range of topics, from economic and market history, to the highlights of Yardeni’s career, and finally to the models and tools he uses to analyze various assets.

The book has a lot of breadth and depth. I enjoyed it, though at times it’s a trudge and could have been perhaps 100-200 pages shorter. I’d give it 4/5 stars and would recommend it to any of you who like nerding out on economic history and the various economic indicators we can use in forecasting. Here’s a section on how Yardeni thinks about the typical US dollar cycle. A timely mental-model to keep front of mind, imo.

US monetary easing and economic recovery expand US trade deficit. During recessions, the United States tends to adopt stimulative monetary and fiscal policies to revive US economic growth. The resulting rebound in demand typically widens the US merchandise trade deficit because imports rise faster than exports. The growth of imports is boosted by recovering domestic demand. The growth of exports usually lags because overseas economic growth tends to trail recoveries in the United States. So the US trade deficit as a percentage of nominal GDP is likely to narrow during recessions and widen during recoveries and expansions.

Foreign central banks buy dollars, propping up the dollar’s value. At this early stage of a global recovery, foreign central bankers often choose to prop up the dollar relative to their currency. To do so, they purchase dollars and sell their own currency in the foreign-exchange market. Why? To keep their currencies from appreciating, because when a nation’s currency does so relative to the dollar, the nation’s exports to the United States become more expensive and therefore less competitive in the world’s biggest and most rapidly recovering consumer and business market. To fully benefit from the recovery in the United States, central bankers naturally tend to intervene in the currency markets by buying dollars. Rapidly growing exports to the United States spread the US boom to the rest of the world.

Such foreign intervention spreads US monetary ease globally. The central banks also tend to spread and to amplify the Fed’s easy monetary policy worldwide. If they don’t “sterilize” their US dollar purchases (and domestic currency sales) through open-market sales of domestic bonds — thus buying back their local currency — then the rapid growth of their international reserves, i.e., dollars, will increase their domestic monetary base and money supply.

Where in the dollar cycle do you think we are?

I believe the dollar is going to be the primary macro driver of markets starting sometime in the second half of this year. A number of macro instruments (ie, dollar, bonds, precious metals) are currently lining up at critical inflection points. I expect some big trends to be born soon…

KKR shared the following charts in their most recent Global Perspectives report (here’s the link).

The two charts show the rise in the ‘Experiences over Things’ trend and how millennials put greater emphasis on fun and leisure than their parents did. This secular thematic is especially noticeable in Asia, where a tidal wave of millenials are about to enter their prime spending years — and they have a lot more money than the previous generation.

KKR notes that “while ‘Experiences over Things’ is not a new theme for us, the pace of implementation appears to have accelerated across both Asia and Europe in recent quarters. In India, for example, cinema is exploding, with new air-conditioned multiplexes. There is also the continued focus on wellness and beauty, including a notable increase in experiential healthy dining options. As Exhibit 42 shows, increased travel by both locals and foreigners remains a secular theme throughout Asia, a trend we heard several times during our time in Mumbai. Estimates are now that international tourist arrivals are forecast to increase by 331 million to reach 535 million by 2030 (a 4.9% increase per year), making Asia the region with the highest absolute gain in arrivals.”

These are big long-term trends that are going to reshape markets and the world over the next few decades. This is just one of the many reasons why Yatra Online (YTRA) is one of my highest conviction investments.

Also, here’s an infographic slide from Goldman Sachs which talks about the millennial boom we’re seeing here in the US.

Did you guys see the textbook breakout in silver this week? The charts for silver and silver miners look sweeeet…. Check out this one below of Coeur Mining (CDE). That’s a good looking tape.

And remember the chart I shared last week highlighting the stretched gold/silver ratio? Well the flipside of that, the silver-to-gold ratio, often leads major moves in the precious metals complex. See the chart below from JC Parets.

I remain somewhat skeptical of the prospects for a renewed breakout in precious metals. But we have to stay open to the possibility and let price be the final arbiter, as always. With the charts looking as good as they do, and the dollar teetering on its 7-year trendline, the risk/reward seems pretty good here for putting on a position.

You can buy some long-term DOTM calls on a few of these miners, like CDE or PAAS, for cheap right now. Those will pay out big in the event that precious metals break out and run higher.

Technical analysis reflects the voice of the entire marketplace and, therefore, does pick up unusual behavior. By definition, anything that creates a new chart pattern is something unusual. It is very important for me to study the details of price action to see if I can observe something about how everybody is voting. Studying the charts is absolutely critical and alerts me to existing disequilibria and potential changes. ~ Bruce Kovner

Price is king which is why we need to learn how to listen to the tape. There’s a lot of info crammed into these little 2-dimensional representations of market supply and demand. Like Livermore once said, “The thing to do is watch the market, read the tape to determine the limits of the get-nowhere prices, and make up your mind that you will not take an interest until the price breaks through the limit in either direction.”