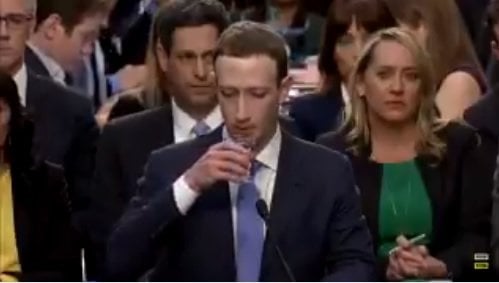 Whenever toddlers or small children reach a certain age and are ready to start sitting at the grown-up table, the first step is often employing a booster seat at the table. In a similar manner, Facebook CEO Mark Zuckerberg also may have been in need of a little boost to sit at the table with the grown-ups on Capitol Hill—or, at least, that’s what many social media users are saying, despite what a company spokesperson says.

Mark Zuckerberg on a booster seat?

HITE Hedge's alpha-only funds returned 0.62% for the second quarter, bringing their first-half returns for 2022 to 8.5%. The funds have grown their assets under management to more than $725 million as of Aug. 1. The firm has added about $200 million in assets since the beginning of the year, moving it closer to its Read More

Photos and videos from this week’s Congressional hearings have drawn mockery from social media users who noticed that he was sitting on some sort of cushion that’s been dubbed a “booster seat.” The Washingtonian was actually the first to point out the