Jeffrey Gundlach’s presentation from the 2018 Sohn Conference. The bond guru gave a surprising equity short idea – Facebook Inc. (NASDAQ:FB) being the target see below for more on that

Gundlach calls Zuckerberg a phony - yes that one Mark the CEO of Facebook Inc. (NASDAQ:FB) and here is the slide to prove it 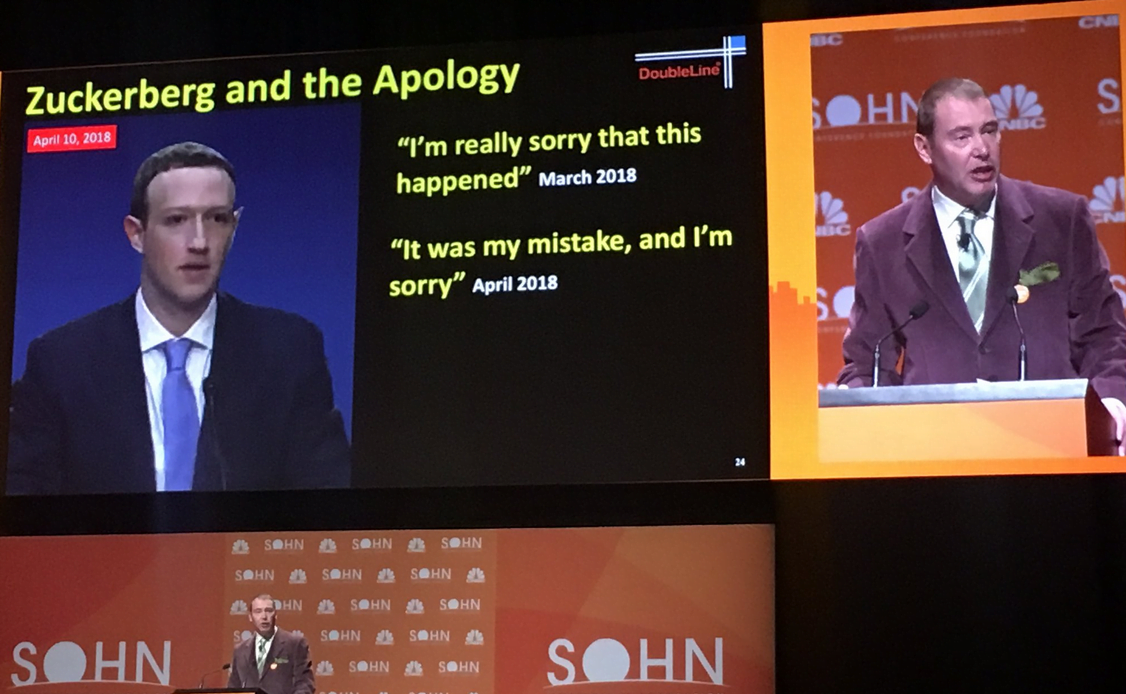 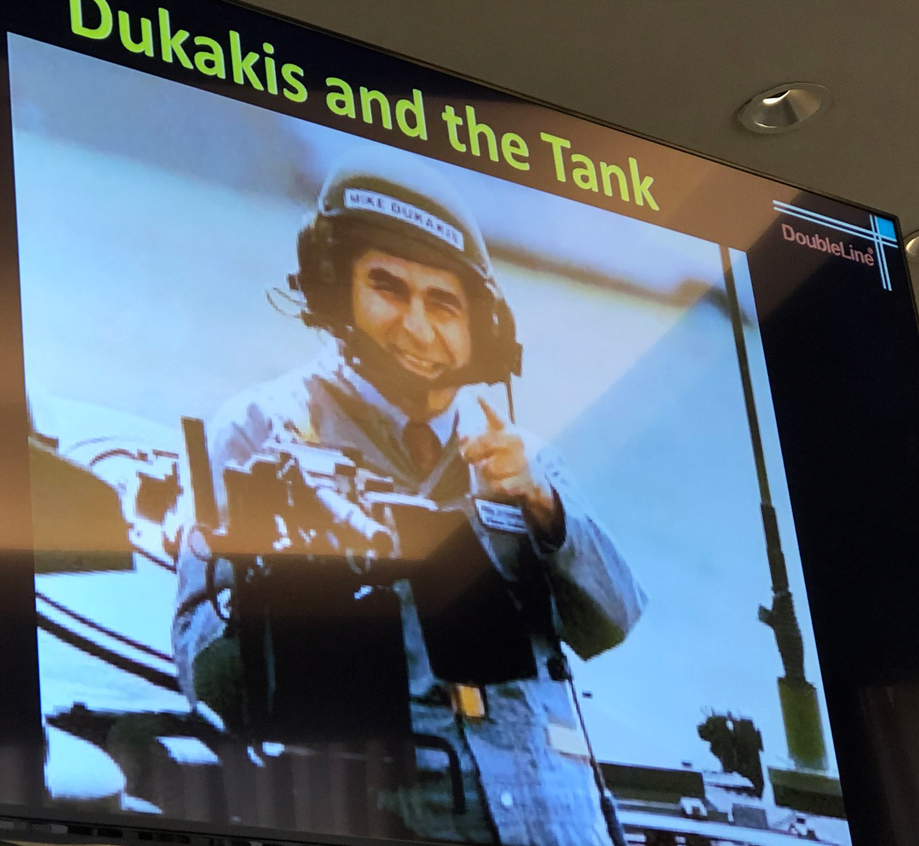 Once again Gundlach is all over the place what will he pitch this year?

More from Jeff Gundlach on Facebook, Commodites and more from his CNBC interview today

Gundlach: There aren't any recession signs right now from CNBC.