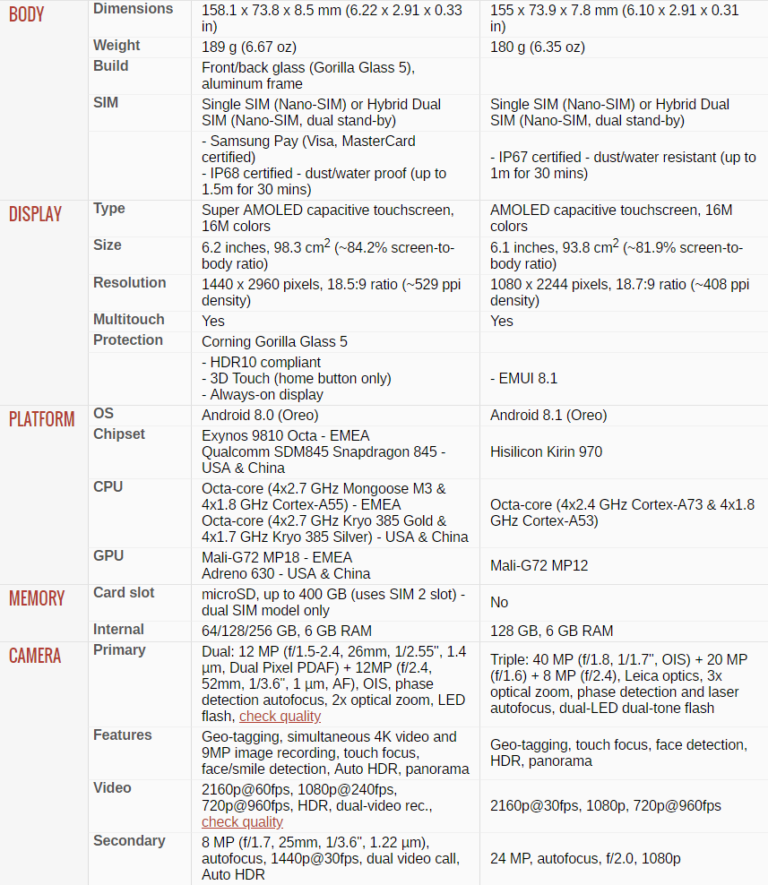 Huawei mas made huge strides in the past few years, making it possible at last to compare the Huawei P20 Pro vs Galaxy S9 Plus. Let’s take a look at how these phones measure up against one another and determine which device is the best bang for your buck. 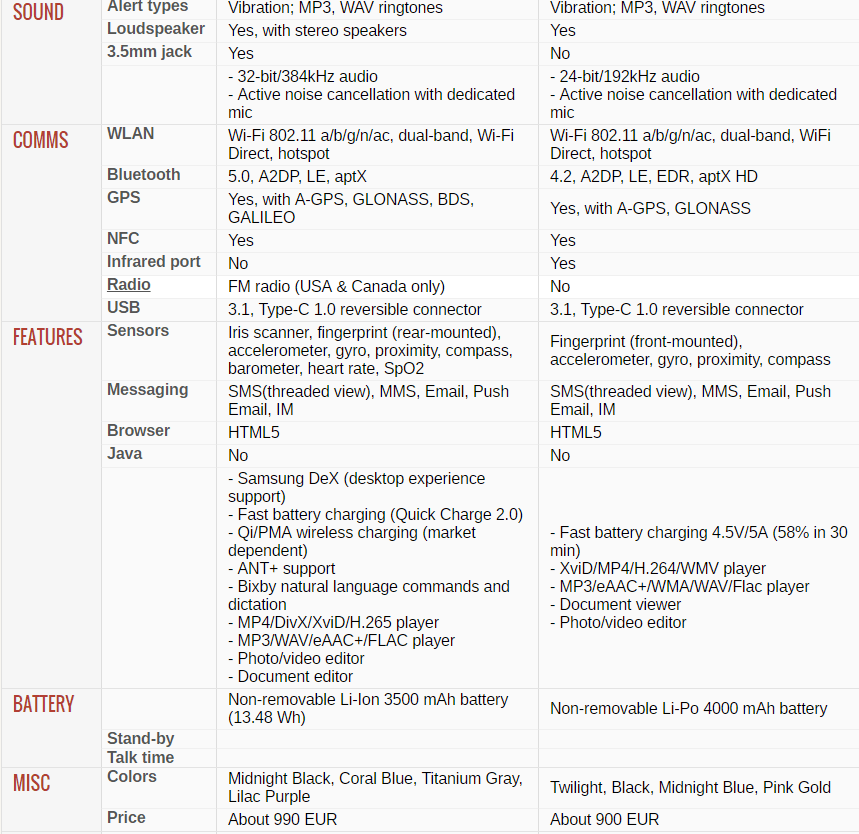 When comparing the Huawei P20 Pro vs Galaxy S9 Plus in terms of design, there’s one clear difference: The P20 Pro features a notch à la iPhone X. The Galaxy S9 Plus is a largely iterative design that looks pretty much exactly the same as the S8, which is both a good thing and a bad thing. Samsung has arrived at a formula that works for them and continues to release similar phones that perform admirably, while Huawei – although coming from humble beginnings – has started making phones that are drastically different from what we saw before and is quickly becoming one of the top picks when it comes to luxury Android devices.

Like most high-end phones, you’ll see a sleek aesthetic with minimal bezels that maximize the screen space while still managing to be easily holdable. The Huawei P20 Pro does feature a fingerprint scanner on the front of the phone while the S9 has one on the rear, which makes the P20 Pro a little more convenient to operate on a day-to-day basis. When comparing the Huawei P20 Pro vs Galaxy S9 Plus in terms of durability, the Galaxy model edges out Huawei with IP68 waterproofing vs IP67.

Overall, despite the higher durability of the Galaxy S9 Plus, we feel that the Huawei P20 Pro takes the win in terms of design – provided you’re not completely against an iPhone X-esque notch.

When it comes to display, we’ll keep it short and sweet: the Galaxy S9 Plus is the winner hands down. While both phones feature an OLED display, the Galaxy phone comes out on top with an AMOLED screen and Quad HD+ resolution at 530 ppi. Considering that Huawei’s phone sticks to Full HD+, the difference between the two models in terms of display quality is definitely noticeable.

Both phones will perform well for the average user, but the Galaxy S9 Plus takes the cake for best display.

In terms of the actual performance of the Huawei P20 Pro vs Galaxy S9 Plus, there isn’t really much of a difference. Both phones use proprietary processors and they keep up with the best of the best currently on the market. When you get to a certain price point and technology level, the majority of phones will behave comparably in nearly any situation, and with the same amount of RAM these phones are on an equal playing field. The Huawei P20 Pro does have a larger battery, however, which gives it a slight edge over the S9 Plus when it comes to lasting through an entire day on a single charge.

Perhaps the most important part to look at when comparing the Huawei P20 Pro vs Galaxy S9 Plus is the camera specifications. With the tagline “The Camera, reimagined,” it’s clear that Samsung wants the focus with this generation to revolve around their camera improvements – to the point that there were very few upgrades with the S9 Plus outside of an incremental power bump. However, despite the company focusing almost entirely on new camera technology, the Huawei P20 Pro may just have them beat.

The big advantage that Huawei has over Samsung when comparing the two phones is the fact that it’s one of the first smartphones to feature a triple-lens setup. With a 40-megapixel RGB sensor and a 20-megapixel monochrome camera working together – supported by an 8MP camera that offers 3x optical zoom and f/2.4 – it’s one of the best cameras on the market, and is generally considered to give higher quality photos than the Galaxy S9 Plus.

Samsung has excellent low-light performance and both cameras perform well when comparing the Huawei P20 Pro vs Galaxy S9 Plus, but the P20 Pro is almost-undeniably better.

While Samsung has a more established reputation in the West, Huawei is gaining ground with every new release. The Chinese smartphone company has struggled to capture a significant portion of the market outside of China, but if they can manage to get their phones into the hands of more consumers they could start to rival companies like Apple and Samsung.

At the end of the day, we feel that the Huawei P20 Pro is the better phone. If you’re willing to stray a little ways away from the mainstream choices and try something new, you’ll likely enjoy what the P20 Pro has to offer. While the S9 Plus is an excellent phone, innovation is the name of the game when it comes to smartphones in 2018 – and in that regard, Huawei comes out on top.