ValueWalk
Home Economics How Active Funds Should Be Combined With ETFs 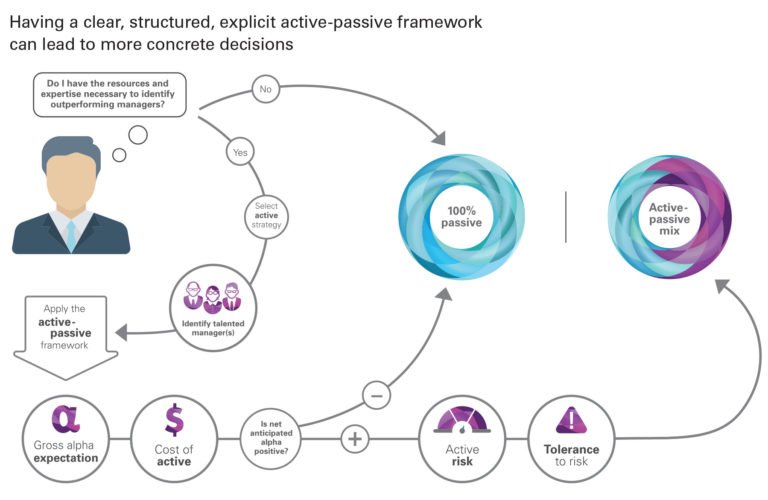 While it has been 25 years since the launch of the first ETF, many advisors use, and even prefer, active funds.

A recent Cerulli report found that one-quarter of advisors do not use ETFs, while an additional 60% use them lightly or moderately.1 Many of the advisors who are not wholly using ETFs are combining active and passive in client portfolios, said Daniel Wallick of Vanguard Investment Strategy Group.

Using active funds with ETFs or index mutual funds can be a sound strategy, Wallick said. But when speaking with advisors, he often finds that the portfolio construction techniques being used may be more art than science. These “artful” advisors may well use their favorite active funds that have served them and their clients well in the past, then mix in some degree of passive investments.

Wallick coauthored the Vanguard research paper Making the implicit explict: A framework for the active-passive decision,2 which lays out a more scientific approach, using a mathematical model to make such a decision. Wallick said advisors can use more explicit decision-making by taking advantage of a more methodical process as they build or update client portfolios.

There are four steps in making an active-passive decision. The first is to look at the expected gross alpha of the active funds being used. That gross alpha is the average annual percentage by which an advisor expects the funds to outperform their respective benchmarks. The second step is to consider the costs, since costs take away from returns. Third, advisors need to think about the expected level of active risk, as represented by the fund’s tracking error against its benchmark.

Wallick and his colleagues have developed specific metrics for each of these factors. Finally, Wallick said advisors should also consider the risk tolerance of their clients. Specifically, how much variance from the market, or a particular benchmark, will a client tolerate before becoming uncomfortable? After going through this process using each of the four elements, advisors can estimate how much of a portfolio should be allocated to active and how much to passive.

The bumpy road to active outperformance

While talented active managers have outperformed the markets at times, active management is, by its nature, inconsistent.3

The figure below shows the wide dispersion of excess returns of active funds against their respective benchmarks. “What many advisors may not know is that even highly successful active managers often underperform for significant stretches of time,” Wallick said. “Frequent underperformance by successful active managers is not the exception; it’s the rule. Thus, to be successful with active management, one needs to stay committed even if the manager has a bit of a losing streak.” The figure on the next page shows the performance of active funds over a 15-year period. 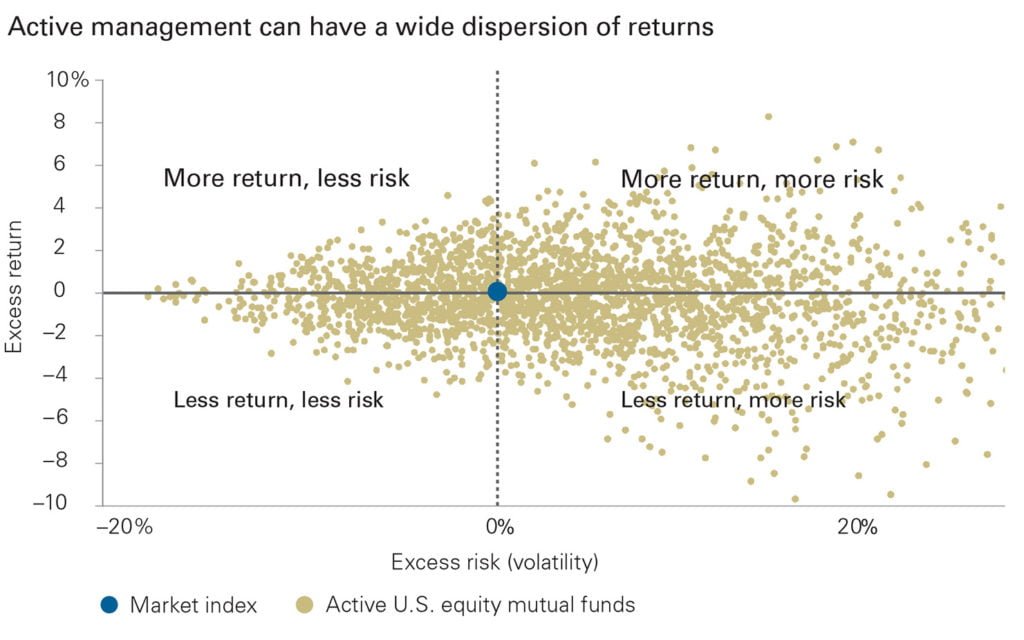